Idli-gate: A British Professor Who Called Idli 'Boring' Led to a South Indian Revolt on Twitter

To Idli or not to Idli? British professor Edward Anderson sparked a ferocious debate on Twitter after he said Idlis were 'boring' | Image credit: Twitter

Food can be a great uniter or divider. And what happened on Desi Twitter this week - popularly being referred to as "Idligate" has given Indians some more food for thought.

It all started when the Indian food delivery portal Zomato posed a simple question on Twitter. "What's that one dish you could never understand why people like soo much?" Zomato asked on the microblogging site.

While the question was straightforward enough, one of the responses it generated led to a rather disproportionate reaction from Southern India. 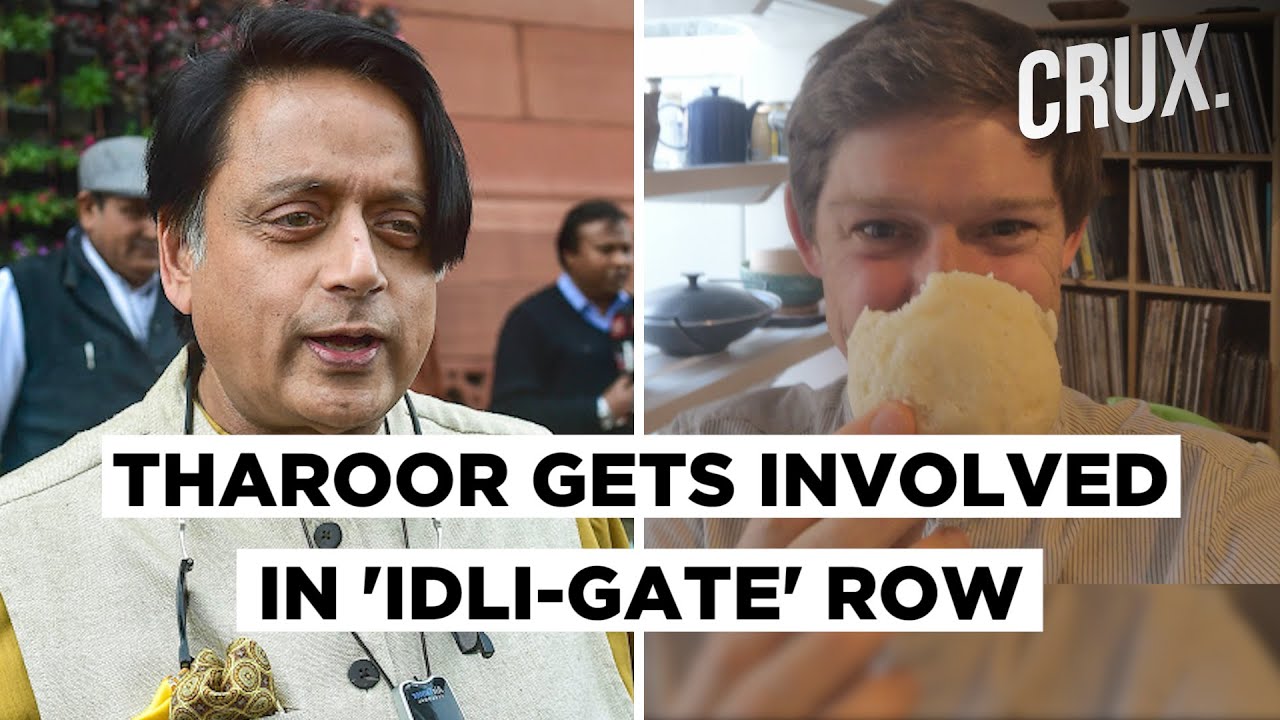 It so happened that Edward Anderson, a United Kingdom-based Professor of History and expert in India-Britain studies, took to Twitter to post what was later called a 'blasphemous' opinion.

"Idli are the most boring things in the world," Anderson wrote.

Idli are the most boring things in the world. https://t.co/2RgHm6zpm4

It is safe to say that no sooner had he posted the tweet, all hell broke loose. The post instantly raised eyebrows with South Indians taking to the micro-blogging platform in hordes to call out Anderson's poor taste in food as well as Desi culture. While one outraged user called Anderson a "clueless white boy", another informed him of his error by announcing that "whole of South India is united through idli".

Not just Biriyani...whole of South India is united through idli😂😂 https://t.co/Ljp4uwiooa

Do not invoke the wrath of South India (and the greater South Indian diaspora). https://t.co/PhSMCw7Wzf pic.twitter.com/LbBv2aRKdP

The tweet got so much interest that Ishan Tharoor joined in. Ishan jokingly (we hope) referred to Anderson's take on idli as the "most offensive take" he had ever heard on Twitter.

I think I've encountered the most offensive take on Twitter. https://t.co/jRb2xI3mX1

Twitter banter took a loquacious turn when none other than Ishan's father and Congress's Thiruvananthapuram MP Shashi Tharoor also joined in the debate and doubled down on the Desi love for Idli. Spoken like the anti-imperialist that he is, Tharoor wrote, "Civilisation is hard to acquire: the taste & refinement to appreciate idlis, enjoy cricket, or watch ottamthullal is not given to every mortal. Take pity on this poor man, for he may never know what Life can be".

Yes, my son, there are some who are truly challenged in this world. Civilisation is hard to acquire: the taste & refinement to appreciate idlis, enjoy cricket, or watch ottamthullal is not given to every mortal. Take pity on this poor man, for he may never know what Life can be. https://t.co/M0rEfAU3V3

The outrage was enough for Anderson to take to Twitter and eke out an explanation for his dismissal of the characteristic powdered-rice cakes so dear to South Indians. Not one to seemingly bow down, Anderson wrote, "Before the whole of south India attacks me, can I just say that I love dosa and appam and basically all south Indian food. But idli (and puttu for that matter) are insufferable." He also informed that his in-laws were from Kerala, perhaps hoping it would help him win against the "idli-defenders".

p.s. Before the whole of south India attacks me, can I just say that I love dosa and appam and basically all south Indian food. But idli (and puttu for that matter) are insufferable.

One problem with pissing off south Indian twitter is that they are in literally every timezone - even when India sleeps, the irate replies keep coming! 😉

After Tharoor's response went viral, Anderson replied to him claiming that he had been afraid that the "world's most famous Idli Evangelist" would see his post and slam him. To defend himself, the clever professor had a copy of Tharoor's book "Inglorious Empire: What the British Did to India" close at hand.

Oh no, I feared that the world's most famous idli evangelist would see this after @ishaantharoor tweeted it! Coincidentally 'this poor man' is currently re-reading one of your books which I've set my students to read for a class next week! pic.twitter.com/30vqyrEQQk

That wasn't all. Anderson went ahead to himself order idli that very day and eat it while sharing the entire experience on Twitter. "Having accidentally enraged the entirety of South India (and its omnipresent diaspora) on Twitter, it was only right to order idlis for lunch," the Professor wrote. His opinion on idli, however, remained unchanged.

Having accidentally enraged the entirety of South India (and its omnipresent diaspora) on twitter, it was only right to order idlis for lunch. I'm very sorry to report that my unpopular - or "blasphemous", as some have said - opinion remains unchanged. #sorrynotsorry https://t.co/qx2VRJw6EO pic.twitter.com/TmIvxNWaYx

Apart from the outrage, Anderson's post also led to Indians from different southern states including Kerala, Tamil Nadu, Andhra Pradesh and Karnataka, fighting for the crown of making the best idlis.

have to entirely agree! but at the peril of pissing off all the mallus on twitter I will add, malayalis really do not know how to make sambar and chutney for the idlis or dosa for that matter!!! kannadigas and tamils ( in that order) win hands down! https://t.co/g5AVVm6ZKx

Many, however, agreed that while Anderson's take on Idli was unpopular, it was understandable as "good" idli - one that had been made to perfection - was a rarity.

I pity this man. I also get him. It is so difficult to get good #idli. Boring idli IS ubiquitous. https://t.co/dcYZoNn0gX

This is not the first time that Indians have been overtly touchy about food. Recently, a South African food channel was flayed on Twitter after it uploaded a (rather dubious) biryani recipe online.

But not all were amused by "Idligate" or the banter between Anderson and the rest of Twitter (which at several points threatened to blow way out of proportion).

This is an extreme reaction from you, Mr Tharoor. It is just human that some people do not like certain things. I can not watch whole cricket match. You can't enjoy bhangra or gidha the same way as us. We like saag more. You may like uttapam. Doesn't mean anyone is poor in taste

One more uncle ridiculing someone’s taste. Have people forgotten how subjective these things are. And if not, then cricket, shee thoooo! https://t.co/z6tNWRB1Nn

This could have been a private WhatsApp text. https://t.co/HTxwBY7mt0

I have just seen people calling each other uncivilised based on their food choices. Wow! https://t.co/XCL9GyQy8B

At a time when Indians are embroiled in a number of debates including about women's safety, caste oppression, religious politics and other threats to democracy, the Idli debate may have given a respite to many on Twitter. But as one Twitter user rightly put it, it seems in India, the outrage about Idli is much greater than outrage against the wrongdoings that may be taking place in our democracy.