'I'm Speaking': Kamala Harris' Comeback to Mike Pence is Anthem For Everyone Ever Mansplained

While Harris was speaking during her allotted time, Pence, in a manner that is eerily similar to Donald Trump's behaviour during the Presidential debate, tried to speak over the former by deflecting the question and countering her.

The phrase, used by Senator Kamala Harris during the Vice Presidential debate against US Vice President Mike Pence, resonates with every woman who has been interrupted and spoken over at meetings, during speeches or debates. Harris’ ‘I’m speaking’ comeback to Pence interrupting her over and over again has become a new anthem for anyone who has ever been mansplained.

The Harris-Pence debate saw a flurry of situations unfold over important issues, but was less chaotic than the Biden-Trump debate. Let us remind you, this is how a debate works – each speaker is allowed a time limit during which they have to make their point. But clearly, the rules were lost on Pence who kept interrupting Harris even when his time was up.

While Harris was speaking during her allotted time, Pence, in a manner that is eerily similar to Donald Trump’s behaviour during the Presidential debate, tried to speak over the former by deflecting the question and countering her. Visibly exasperated, Harris stopped, turned towards Pence and said calmly, “Mr. Vice President, I’m speaking.” 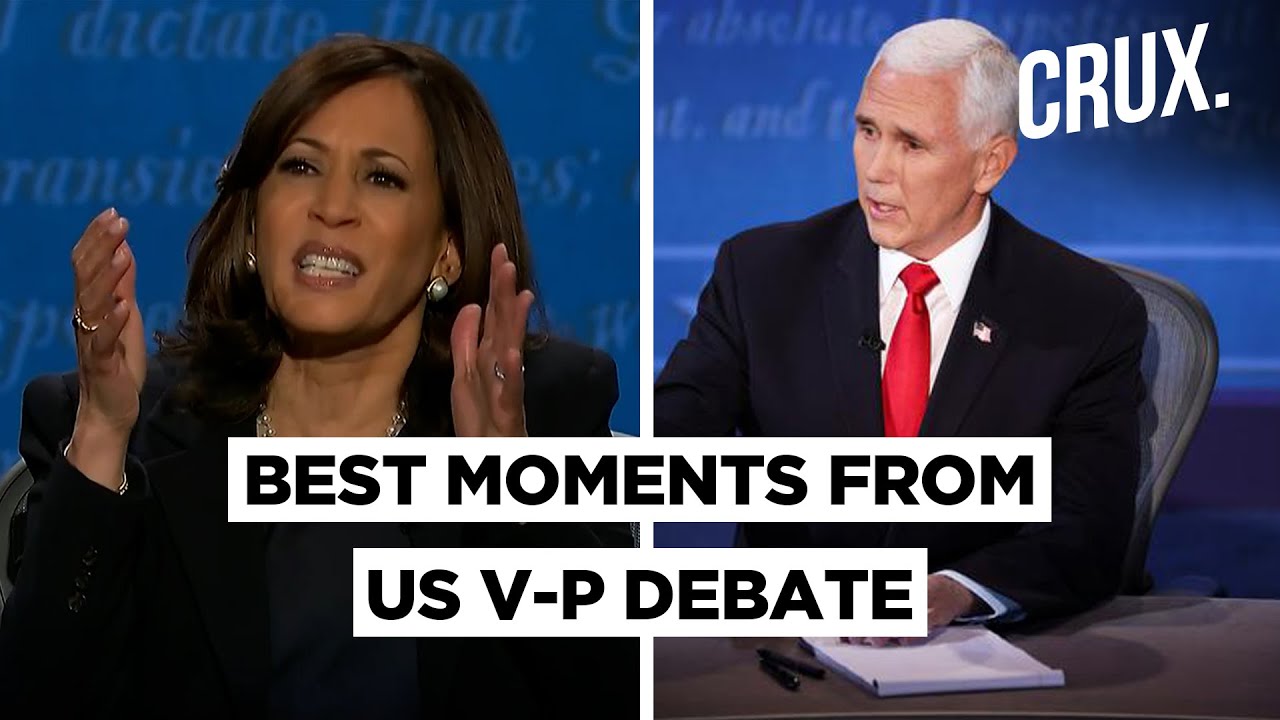 Every time Pence interrupted her, Harris smiled and repeated the exact same phrase without losing her cool. Eventually, Pence had to be reminded of the debate rules by moderator Susan Page.

READ: How a Fly Became The Showstopper of the Kamala Harris-Mike Pence Debate

Moments after the debate, “I’m speaking” became the top trend on social media.

Men brutally underestimate the sheer number of facial expressions women have to telegraph the emotions society bars them from expressing pic.twitter.com/LAtIpvVSSZ

The Independent reports that the phrase, which has become iconic in just a few hours of being used, has already begun appearing on t-shirts, mugs and other merchandise.

The phrase, ‘I’m speaking’, is not too uncommon. But when Harris, a woman of colour and one of only four women who have participated in the debate, uses it to stop an older white male from encroaching on her speaking time, it becomes symbolic — symbolic of how mansplaining has been used over the ages to shut women up and to render them voiceless.

For the unaware, mansplaining refers to the act of commenting or explaining something to women in a condescending manner implying that the latter has no knowledge about the topic being discussed.

In fact, Harris’ reactions, every time she was interrupted, is a whole mood. In one shot, taken through the plexiglass which has been installed to ensure safety in the times of coronavirus, Harris can be seen smirking at Pence. And now Twitter thinks it should become the universal meme for mansplaining:

Can we make this a universal meme for responding to mansplaining pic.twitter.com/JkrVVIZSht

This is all black women tonight. Thank you to all the queens.

Pence’s interruptions were not enough to deter Harris from her agenda. She branded the response to the Covid-19 pandemic under Donald Trump as the “greatest failure” of any US administration.