But it wasn't just memes - a lot of people were stumped after exit polls had predicted a victory for the Mahagatbandhan, even if it was by a marginal lead.

Surmounting anti-incumbency of 15 years, a mutinous former ally, and a spirited challenge from a resurgent opposition that rose from its ashes like proverbial phoenix after the 2019 Lok Sabha poll debacle, Nitish Kumar- led NDA was back in power in Bihar with a slender majority.

The ruling coalition won 125 seats in the 243-member state assembly against 110 clinched by the opposition Grand Alliance to pave the way for a fourth successive term for Kumar in office but with diminished clout following a debilitating slide in the number of JD(U) lawmakers that came down to 43 from 71 in 2015.

The BJP, which led the table for several hours during the counting that dragged on for over 16 hours, finished second with a tally of 74 seats. Despite the slump in numbers, Kumar, who was declared the NDA's chief ministerial candidate by the BJP brass, including Prime Minister Narendra Modi and party chief J P Nadda, is set to take over the reins of the government.

While the margin for victory was slight, almost all of the exit polls had got it wrong, with 'badlaav' being the theme for them. 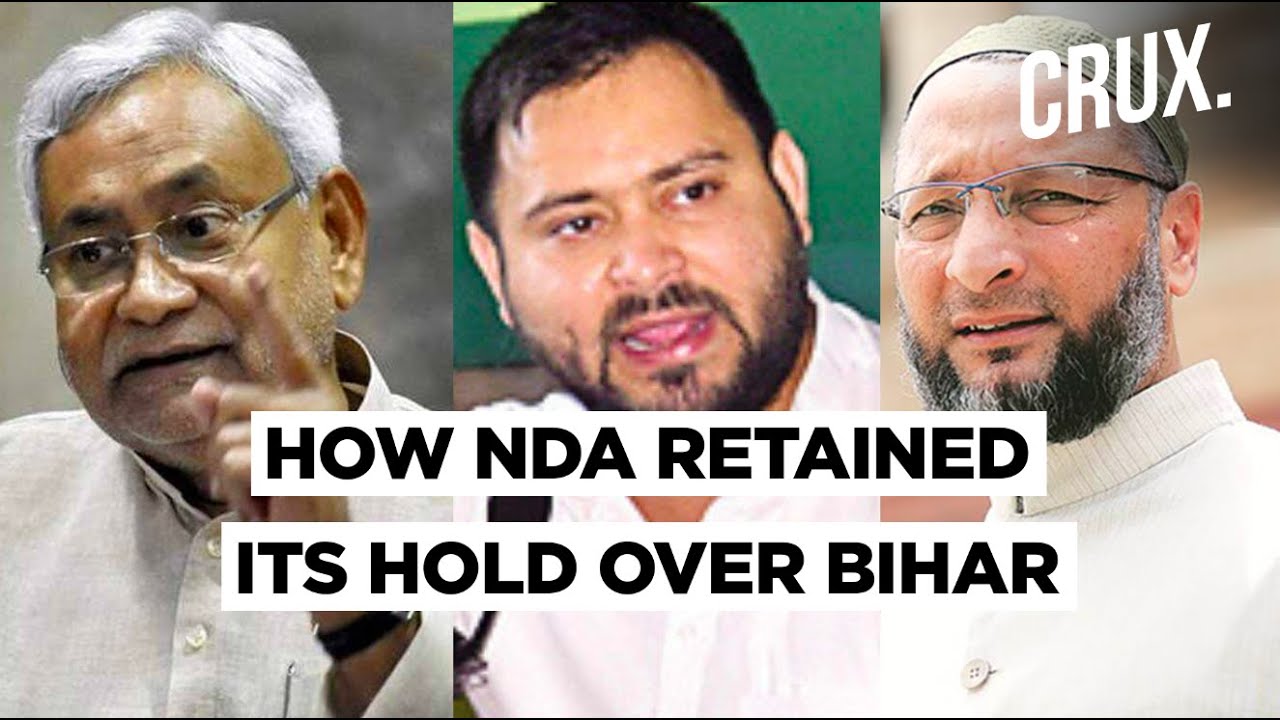 The RJD could be the single largest party and the RJD-Congress-Left alliance could form the next government in Bihar, exit poll data released on Saturday showed. Some pollsters, like Today's Chanakya, have predicted RJD storming into power, while others like ABP Cvoter and TV9 Bharatvarsh predicted a tighter contest with the RJD+ having the edge over JD(U)+.

So while India assumed there would be winds of change, a small shift in numbers showed that perhaps, it may take more time. As Netizens waited for the counting of votes to end, which lasted 4:30 A.M on Wednesday, they made memes after the NDA crossed the majority mark: on the stark difference between the 'exit polls' and the 'results.'

After Exit Poll After Result pic.twitter.com/rz7ywAhj4L

But it wasn't just memes - a lot of people were stumped after exit polls had predicted a victory for the Mahagatbandhan, even if it was by a marginal lead. Early trends had also showed a close contest between RJD and BJP with vote differences being less than 500 to 1,000 in many seats, since 8 A.M, when counting started.

Its defeat notwithstanding, the RJD, whose campaign Tejashwi Yadav, the younger son and heir to party supremo Lalu Prasad helmed, emerged as the single largest party with 75 seats.