CamScanner, the app used to turn your photos with texts to documents or PDFs also witnessed a barrage of bad reviews.

Three days after the clash at Galwan Valley, Indians have found a new way to boycott Chinese products - uninstalling them and leaving negative reviews on the apps.

At least twenty Indian Army personnel, including a colonel, were killed in clashes with Chinese troops in the Galwan Valley in eastern Ladakh on Monday night, the biggest military confrontation between India and China in over five decades. The violence has significantly escalated tensions in the already volatile border standoff in the region.

The Army initially said on Tuesday that an officer and two soldiers were killed. But in a late evening statement, it revised the figure to 20 saying 17 others who "were critically injured in the line of duty and exposed to sub-zero temperatures at the standoff location succumbed to their injuries." Government sources said the Chinese side too suffered "proportionate casualties" but chose not to speculate on the number.

The incident marked the biggest confrontation between the two militaries after 1967. The casualties take both sides into uncharted territory at a time when the government's attention is focused on fighting the COVID-19 crisis.

As news broke, Indians reacted with trying to boycott Chinese products, including apps.

A hashtag, with #HindiChiniByeBye showed details of all the apps (China owned, or Chinese associated) which you could uninstall.

Some of these included popular everyday apps, like ShareIt or PUBG.

First of all we should delete the Chinese app #HindiCheeniByeBye pic.twitter.com/AQfwaq16x1

But did Indians actually uninstall the apps? While there was no drastic drop in ratings, here's what one observed from the reviews: Indians were leaving 1-star reviews for all the popular apps.

The most obvious choice for attack was TikTok - the popular short video creating app. The next target was popular phone browser and alternative to Chrome or Safari: UC Browser. 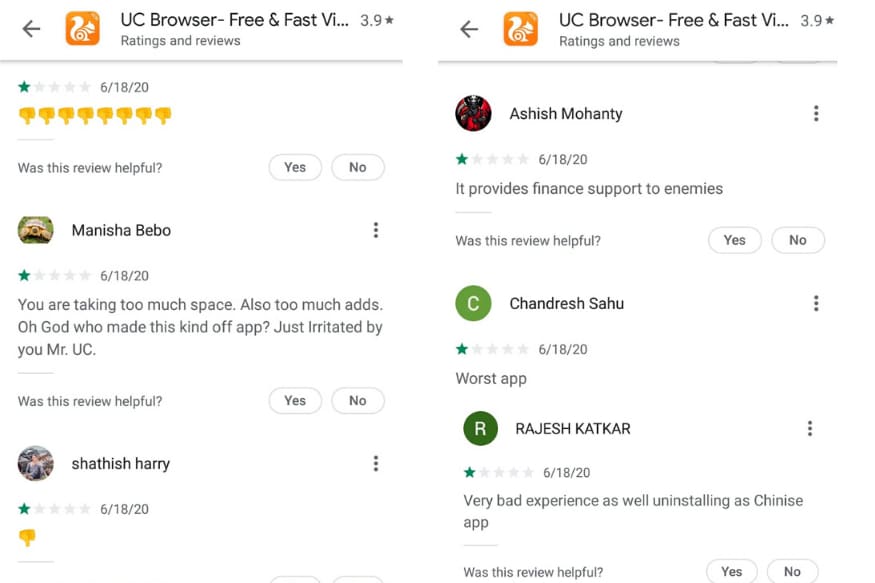 CamScanner, the app used to turn your photos with texts to documents or PDFs also witnessed a barrage of bad reviews. 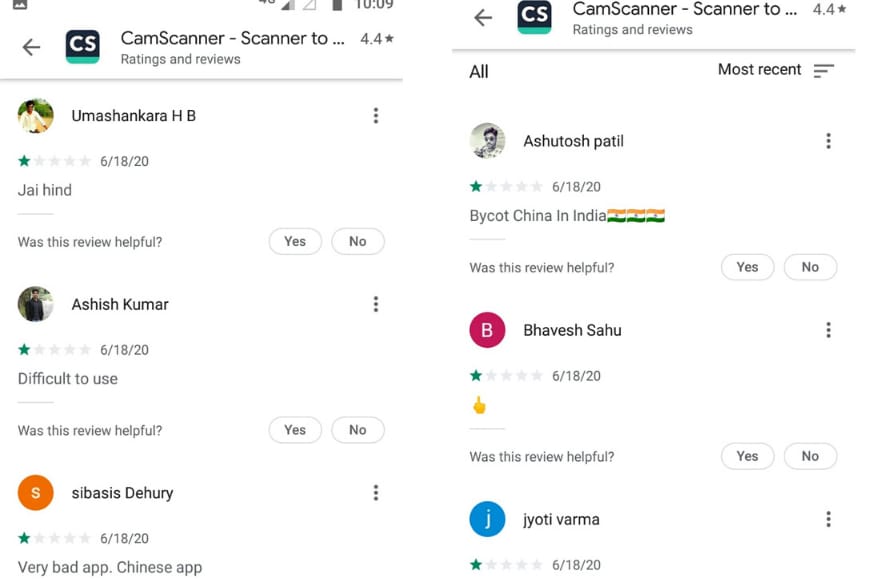 ShareIt, the app used to share files between two devices. As did PUBG, even though it was developed in South Korea. 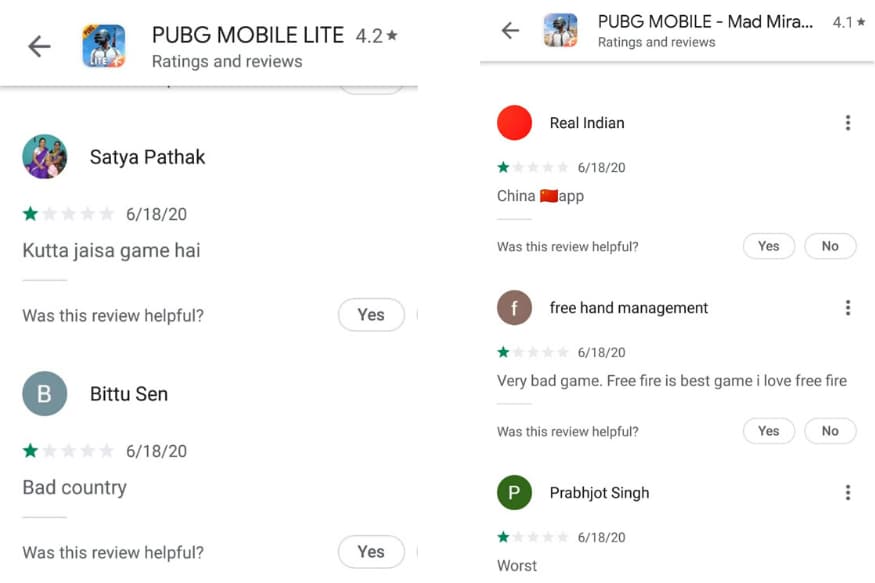 While the barrage of bad reviews and uninstalls are on-going, the apps have not observed a severe dip in ratings so far.