How Indians Are Spamming Your Phone With 'Good Morning' WhatsApp Forwards: Report

Messages that make mornings anything but good.

The first thing I see every morning is a message from my father that has images of flowers or some God or just a simple quote, saying: "Good Morning."

Yes, that's what I wake up to every morning now. And no, he is not the only one. I am a part of family groups on WhatsApp where I get greeted by "good morning" messages everyday. I wonder what is this obsession with people sending such texts. What if my morning is not 'good'? Or for that matter, do they feel mornings will HAVE to be 'good'?

Well, looks like Google researchers have the answer. They have found out why one in three smartphone users in India run out of space on their phones daily. According to a recent report in the The Wall Street Journal, such messages have driven a 10-fold increase in the number of Google searches for “Good Morning images” over the past five years. The same report reveals that Pinterest's display images with quotes section saw a nine-fold increase over the past year in India.

“We were trying to deconstruct what is the DNA of a good morning message for months,” said Josh Woodward, the Google product manager who led the effort. “It has been a lot of hard work to get it right.”

Here's just a glimpse of what I go through every morning. You will relate.

Apologies in advance-- you can't quite unsee them. 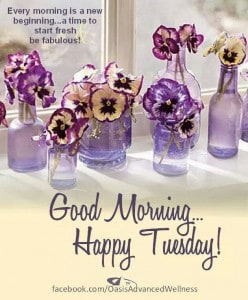 Turns out it is not just WhatsApp. Chances are there would be a couple of these 'Good Morning' messages on you Facebook and Twitter timelines as well. From technicolour quotes to babies, kittens and even gods and goddesses - morning wishers will leave no stone unturned so that you 'hv a nice day'.

Here's what we are talking about:

''GOOD MORNING TO ALL MY DEAR FRIENDS HAVE A GREAT DAY'' pic.twitter.com/cKGcPV41Bi

This one has got to take the cake. There are KITTENS hatching out of EGGS... yes, you read that right!