On Saturday, the Drugs Controller General of India approved the commercial launch of 'Feluda.'

In April 2020, when the coronavirus pandemic was still in the initial phases, a team led by two Bengali-origin scientists, Dr Souvik Maiti and Dr Debojyoti Chakraborty, at the Council of Scientific & Industrial Research’s Institute of Genomics and Integrative Biology (CSIR-IGIB) in New Delhi, came up with a simple ‘strip-test’ to tell you if you have COVID-19, in minutes. They named it “Feluda.”

On Saturday, the Drugs Controller General of India approved the commercial launch of “Feluda“.

The Tata CRISPR test is the world’s first diagnostic test to deploy a specially adapted Cas9 protein to successfully detect the virus causing Covid-19, a statement by CSIR said.

Moreover, CRISPR is a futuristic technology that can also be configured for detection of multiple other pathogens in the future. “The Tata Group has worked closely with CSIR-IGIB and ICMR to create a high-quality test that will help the nation ramp up COVID-19 testing quickly and economically, with a ’Made in India’ product that is safe, reliable, affordable and accessible,” the statement read.[/ans]

[ans]CRISPR is a genome editing technology to diagnose diseases. The technology has been developed by CSIR-IGIB (Institute of Genomics and Integrative Biology). 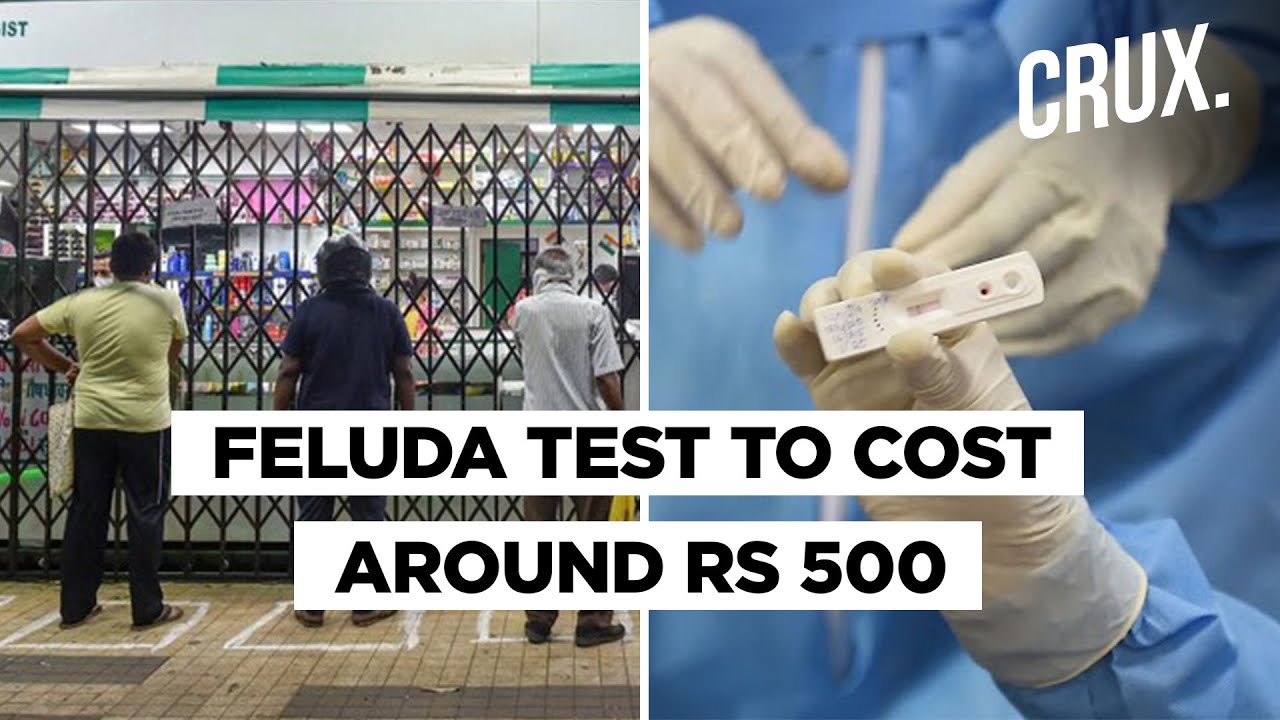 This testing could also help reduce costs of testing — the real-time polymerase chain reaction test (RT-PCR) which is currently used requires machinery worth lakhs and the price of the test is capped at Rs 4,500 in private labs. This ‘Feluda’ test could cost just about Rs 500. It can be used in a way similar to pregnancy test strips widely available over the counter, reports The Print.

“This strip will be similar to a pregnancy test strip, and will not require any specialised skill and machines to perform, as is the case with other PCR-based tests. This strip will just change colour, and can be used in a simple pathological lab. The most important part is it will be 100 per cent accurate,” CSIR Director-General Shekhar C. Mande told The Print.[/ans]

[ans]What’s in a name? Apparently, everything.

FELUDA technically is an acronym and stands for FNCAS9 Editor Linked Uniform Detection Assay. And yes, it has been named after the famous fictional Bengali sleuth, Feluda, who popularly appeared in novels by author Satyajit Ray.

In an interview with Hindustan Times in May, Dr Debojyoti Chakraborty, who developed the test along with his team, said that he was a Satyajit Ray fan and that it was his wife who came up with the name.

For the unaware, here’s some context.

Prodosh Chandra Mitter, better known as Feluda, is a Bengali private investigator who regularly appears in novels and short stories by Ray. In the novels, Feluda would embark on several adventures with his cousin, Tapesh Ranjan Mitra, or Topshe and the very comical yet lovable, Laal Mohan Babu.

Through their investigations into crime in different parts of the country, Feluda and his two companions have come to rule the hearts of every Bengali literature enthusiast for decades.

Feluda was also known for his shrewd mind and witty replies and of course, his ability to solve crime quickly. Perhaps that is why the CSIR scientists decided to name the rapid Covid-19 test after him.[/ans]

While scientists in other countries like Stanford University and Massachusetts Institute of Technology (MIT) have been testing this approach, this is the first of its kind to be developed in India.