Tripura CM Biplab Deb has made several remarks which have been triggered widespread criticism.

Tripura Chief Minister Biplab Kumar Deb has a habit of finding himself in a spot almost every time he makes a statement. And yet, he is at it again.

The chief minister has now claimed that Rabindranath Tagore “gave away his nobel prize” in protest against the British.

“Rabindranath Tagore had given away his nobel prize in protest against the British,” Deb said during the 157th birth anniversary of the Nobel laureate and poet in Tripura.

But the chief minister needs to do some fact-checking. Deb made the statement in an apparent reference to Tagore's protest against Jallianwalla Bagh massacre of 1919. However, the fact is that the poet wrote to then viceroy Lord Chelmsford and repudiated his knighthood as a protest against the massacre, and not the nobel prize.

Of course, this isn't the first time the Tripura CM has stirred controversy. In fact, Deb has faced severe flak over his controversial statements in the past.

Claiming that the youths in Tripura run after political parties for government jobs, the chief minister asked them to not waste their "crucial time" and instead milk cows or set up ‘paan’ shop to earn a living.

“Why run after netas for government jobs? Graduates should get cows and milk it to earn Rs 10 lakh in 10 years. Instead of running after political parties, had the same youth set up a paan shop, he would have had a bank balance of Rs 5 lakh by now,” the chief minister said.

Last month, Biplab Deb said that the Internet is nothing new to India and that it existed even in the days of Mahabharata. Speaking at a public event in Agartala, Deb said that the blind king Dhritarashtra would get regular updates about the battles of Kurukshetra through Sanjay, who was also nowhere near the battlefield like him and this was possible only through “technology and satellite communication”.

April wasn't a jolly month for the CM.

Deb grabbed the headlines for questioning Diana Hayden’s Miss World title won 20 years ago and compared her with Aishwarya Rai. 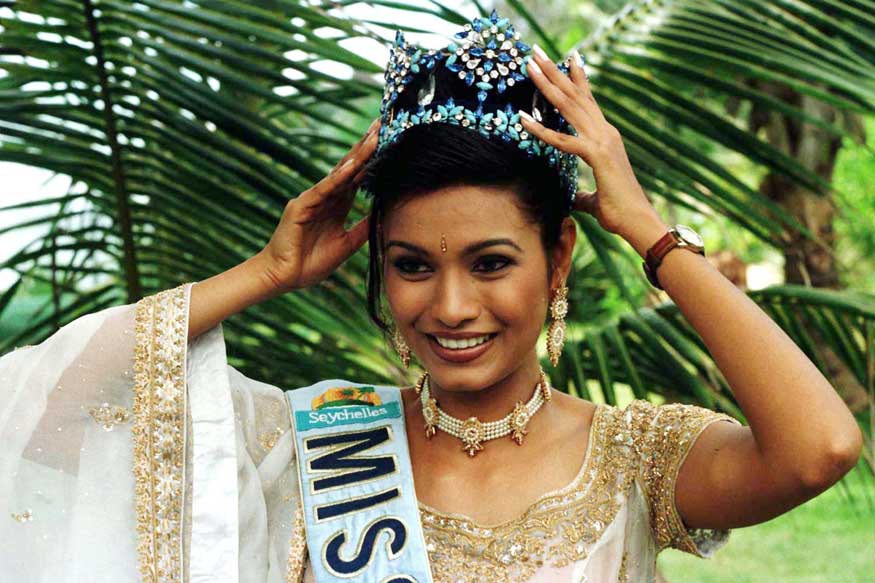 He had said, “Indian beauty should ideally look like Goddesses Lakshmi and Saraswati. Diana Hayden did not deserve to win the Miss World crown. Actually, it was part of a fixed plan, which was hatched keeping in mind the interests of the international market. Aishwarya Rai’s victory was well deserved as she represents the quintessential Indian woman.”

The BJP leader, however, was all praise for Aishwarya Rai, who won the Miss World crown in 1994, saying she "represents the Indian women" in the true sense. "Indian women did not use cosmetics in the old times. Indians did not use shampoo, they washed their hair with methi water and bathed with mud. These beauty pageant organisers are international marketing mafia, who spotted a huge market in the country. Today, there is a beauty parlour in every corner of the country," he said.

He later apologised for his remarks.

The Tripura CM struck a hat-trick in April. Deb said that civil engineers would be better suited for civil services over mechanical engineers.

He said, “Civil engineers should join civil services as they have the prior experience to build the society.”

According to the local media, Deb was attending an event in Agartala to mark the Civil Service Day when he said, “If a civil engineer becomes an Indian Administrative Services (IAS) officer, he can give inputs in construction projects, which mechanical engineers cannot.”

He didn’t stop at that and added, “One should not opt for civil services after studying mechanical engineering. Civil engineers have the experience and knowledge to help build administration and society. Civil engineering gives that kind of knowledge.”

#5 Nails of government's critics must be chopped off

May didn't start very well for the CM.

Deb courted controversy by saying that if anyone criticises his government "their nails need to be chopped off," reported ANI.

"It shouldn't happen that with my government, somebody points fingers at it or scratches it with their nails. Anyone who scratches it, their nails should be chopped off," said Deb in a speech. The video of which was tweeted by ANI.

"A vegetable seller brings fresh bottle gourd to market at 8 in the morning. By 9 am, so many people have touched it, it gets so many nail marks that it can't be sold. Then it must be either fed to a cow or taken back home. I will not allow that to happen to my government," he further added.