John Cena shared a screenshot of Google's homepage on Instagram. While the photo was pretty harmless on the surface, it did give the Internet a chance to get back at 'Fast & Furious 9' star's recent goof-up.

By now the world knows that the WWE champion John Cena runs a bizarre Instagram account. But if you aren’t well-versed with Cena’s online antics, his Insta account is essentially a collection of random pictures picked from the corners of the Internet. For the Indian audience here, the likes of Shah Rukh Khan, Daler Mehndi, Kapil Dev, Kapil Sharma, Ranveer Singh have graced his popular social media account. But now Cena is facing a barrage of trolls for his latest update on the platform. The photo? A screenshot of Google’s homepage with a blank search bar. While the photo was pretty harmless on the surface, it did give the Internet a chance to get back at the wrestler and “Fast & Furious 9″ star’s recent goof-up.

American wrestler turned actor Cena was in Taiwan in early May to promote the franchise of action movies about fast cars, where he called Taiwan a “country” and sparked outrage in the world’s largest movie market.

Getting back at him, albeit sarcastically, his followers on Instagram did not leave the golden opportunity to troll him mercilessly. 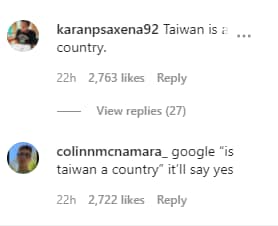 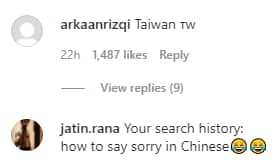 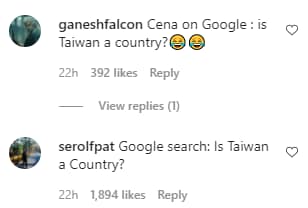 On Tuesday, as outrage billowed across China’s social media, he released an apology on the Weibo platform in conversational-level Mandarin.

“I did many, many interviews for Fast & Furious 9, and I made a mistake during one interview,” Cena said in the video, without repeating the controversial term.

“I must say, which is very very important, that I love and respect China and Chinese people. I’m very, very sorry for my mistake. I apologise.”

The video was played 2.4 million times on the strictly-controlled social media site, while Chinese media leapt on the apology.

Fast & Furious 9 smashed through the box office during its May 21 release in China last weekend, raking in $148 million, according to the nationalist Global Times newspaper.