Kathua Lawyer's Home Mobbed after 'Controversial' Rape Cartoon on Navratri: All You Need to Know

Deepika Singh Rajawat has been receiving threats and mobs outside her J&K residence since she tweeted a cartoon on rape and Navratri | Image credit: Reuters

Lawyer-activist Deepika Singh Rajawat has since been facing heat for sharing the cartoon with #Arrest_Deepika_Rajawat becoming one of the top trends on Twitter on Tuesday.

Advocate-activist Deepika Singh Rajawat is no stranger to trolling and hate. The lawyer, who had initially represented the minor Kathua rape victim in 2018, had then faced immense hate for representing the 8-year-old victim from the Bakharwal community in Kashmir. And now, Rajawat is facing heat for sharing her views on rape during the festival of Navratri.

The lawyer-activist has since been facing heat for sharing the cartoon with #Arrest_Deepika_Rajawat becoming one of the top trends on Twitter on Tuesday. Many objected to the cartoon, claiming it hurt religious sentiment and was maligning the Hindu religion.

The situation became even tenser on Tuesday night when an angry mob allegedly gathered outside Rajawat’s Jammu and Kashmir house and demanded her arrest.

Mob assembled outside my residence and raising slogans against me .

“Alert: Several right-wing organisations have been staging angry protests outside my residence. Law enforcement agencies must intervene immediately to avert the untoward incident. In view of slander n threats—both online n offline Im afraid that the frenzied mob can attack me any time (sic)” she tweeted on Wednesday afternoon.

Alert:
Several right wing organisations hav been staging angry protests outside my residence. Law enforcing agencies must intervene immediately to avert untoward incident.
In view of slander n threats—both online n offline Im afraid that the frenzied mob can attack me any time.

But why has Deepika Rajawat been facing threats?

[ans]The controversy arose after the lawyer shared a cartoon to express commentary on the state of women’s safety in India. In the cartoon, a man is depicted worshipping the feet of a woman (presumed to be a Goddess) during the days of Navratri. In an adjacent image, the man can be seen holding the feet of the woman, seemingly in an act of aggression. The cartoon was simply captioned, “Irony”.[/ans] 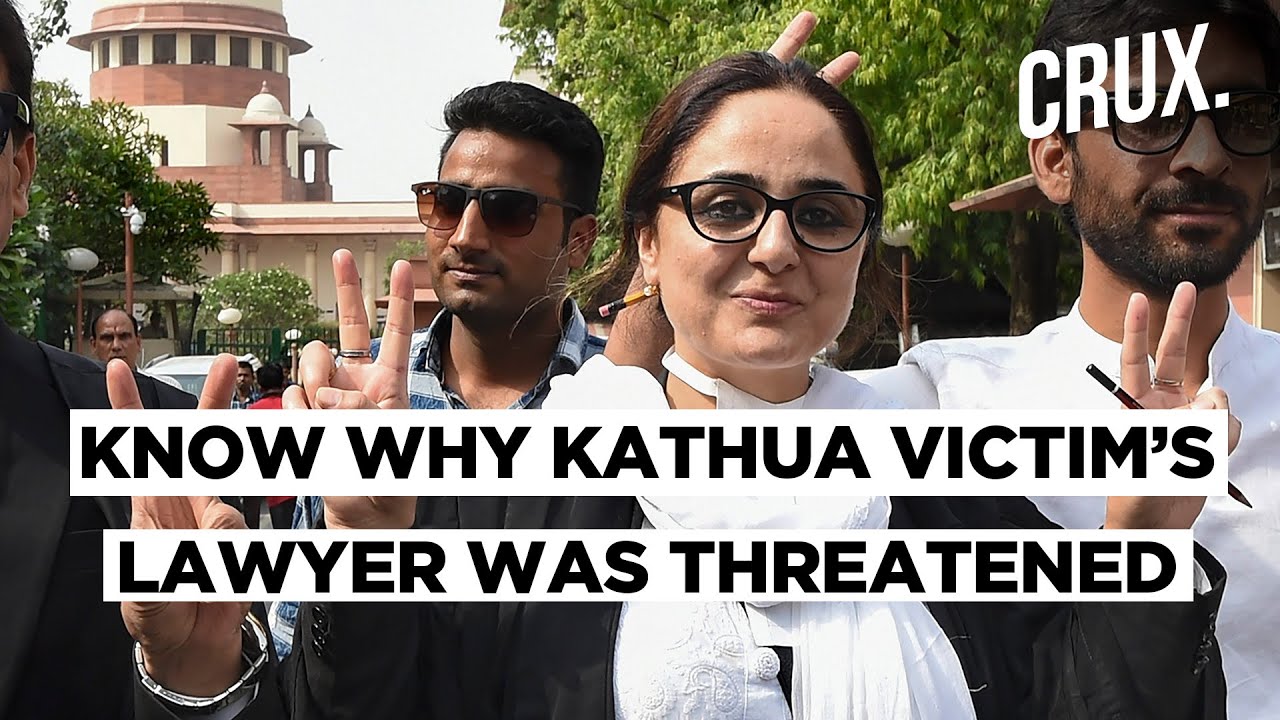 [ans]The image caused massive controversy on Twitter with many calling out Rajawat for the anti-Hindu tweet. Many accused Rajawat of “shaming Hindu festivals” while being partial to others. Ever since Rajawat’s tweet went viral on Tuesday, she has reportedly been targeted by mobs at her residence. On Tuesday, the advocate tweeted that a “mob assembled outside my residence and raising slogans against me”. She also added that she was feeling “scared”. In subsequent tweets, Rajawat said that she had repeatedly appealed to authorities for help but had not received any response. The cartoon came in the wake of a string of brutal rape and murder cases of women including the recent gangrape and murder of a Dalit girl by four upper-caste men in Hathras among others.[/ans]

[ans]Rajawat first shot to fame in 2018 after she took up the case of the 8-year-old rape-murder victim from Kathua, an incident that caused national outrage and calls for justice. Since then, she has gained international recognition and awards including the “Humanitarian 2018 Award” at the 16th Annual Festival of Mothers by Trinjan in Canada. One reason for the laurels she was showered with was the constant stream of abusive messages and threats, of rape and murder, she had faced while arguing the case. Rajawat, however, was dropped by the Kathua rape victim’s family in November last year. The family said they had decided to drop their lawyer Deepika Rajawat as she has barely been available at the court hearings.[/ans]

The lawyer-activist, nevertheless, remained the face of the Kathua rape trial and continues to face flak from religious extremists and right-wing trolls both on and off social media.