KBC Contestant Loses All Lifelines on Rs 40,000 Question About Olympics. Can You Guess the Answer?

Screenshot from episode uploaded by SonyLIV.

The seventh question, amounting to Rs 40,000, left the contestant scratching his head when he was asked about the first Indian woman to have bagged a silver medal at the summer Olympic games.

A Kaun Banega Crorepati contestant exhausted all his lifelines over a question in a recent episode after he was quizzed about Olympics by host Amitabh Bachchan.

The popular game show which is in its 12th season saw Koshlendra Singh Tomar from Madhya Pradesh seated on the hot seat. Tomar had used only a single lifeline till his journey to the 6th question for Rs 20,000. The seventh question, amounting to Rs 40,000, however, left Tomar scratching his head when he was asked about the first Indian woman to have bagged a silver medal at the summer Olympic games.

This was the question: 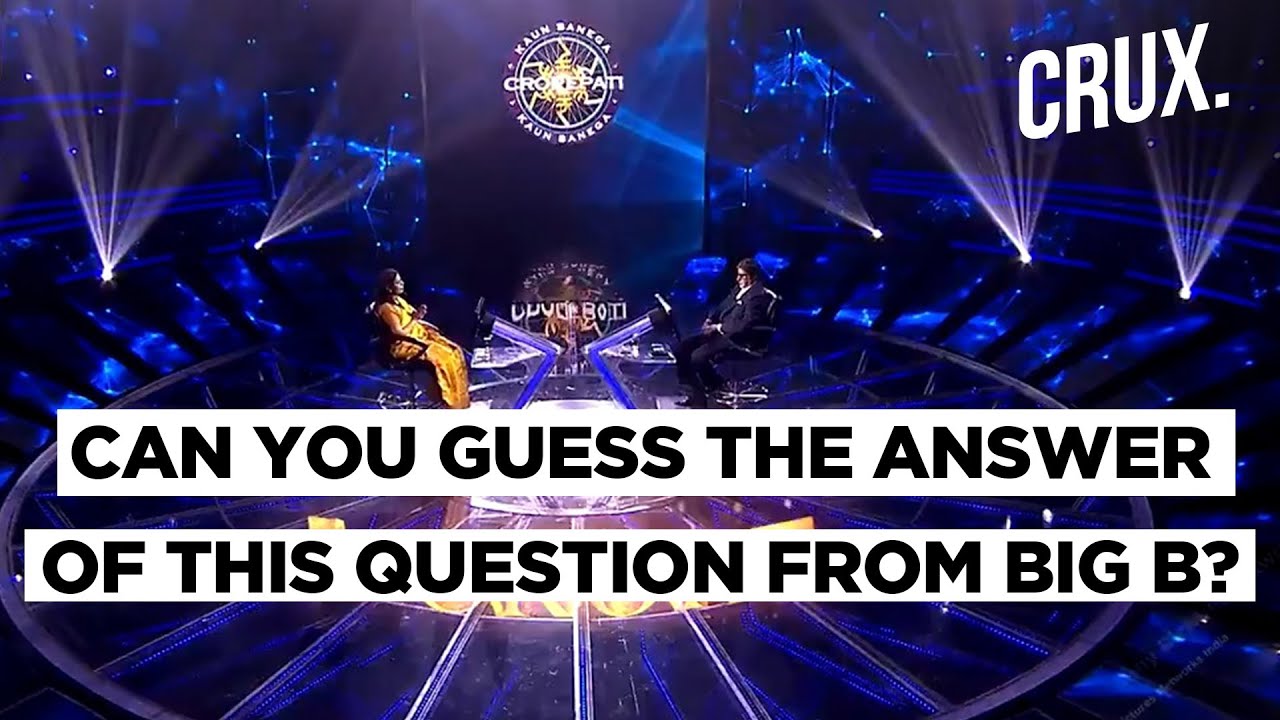 Who is the only Indian woman to have won a silver medal at the Summer Olympics games?

Here were his options:

Unsure about the answer, Tomar opted for "Video call a Friend" lifeline immediately which was of no help as the "friend" suggested Sakshi Malik while maintaining that he was unsure too.

Tomar then decided to go for a "50-50" which ended up eliminating Sakshi Malik (D) option along with Mary Kom (B). With no clarity in sight, Tomar went for his final lifeline "Ask the Expert" using which he got to know PV Sindhu was the right answer. Sindhu won the silver in 2016 in Rio.

Karnam Malleswari, listed as option C, was the first Indian woman to win a medal at the Olympics. The retired weightlifter bagged bronze at the 2000 Sydney Olympics.

Tomar eventually quit the show on the very next question when he was asked: "The Indian War of Independence, 1857" was the work of which of the following authors?

Incidentally, the episode also saw Mr Bachchan schooling Tomar after the contestant talked about getting plastic surgery done on his wife's face with the prize money.

This took Big B by a surprise and he asked him, 'plastic surgery but why?"

Koshlendra said in response that he got "bored" after seeing the same face for 15 years. Big B humbly addressed the contestant's wife via the camera and asked her not to take him seriously. He further added that many people opt for plastic surgery but things go back to normal after some years. Big also added that he should not say such things, even as a joke.