Kim Jong-un Apologises to North Korea With Tears, Twitter Wonders if This is End of the World

Kim Jong-un, the Supreme Leader of North Korea, broke down in tears in a rare display of emotions on Monday.

Kim Jong-un, the Supreme Leader of North Korea, broke down in tears in a rare display of emotions on Monday. The emotional side of the North Korean leader, whose alleged illness followed by rumours of death and subsequent "resurrection" have been the talking points this year, took the world by surprise.

A video taken at a military parade to mark the 75th anniversary of the ruling Workers' Party shows Kim Jong-un taking off his glasses and wiping tears, according to reports.

“Our people have placed trust, as high as the sky and as deep as the sea, in me, but I have failed to always live up to it satisfactorily,” the Korea Times quoted him as saying. “I am really sorry for that.”

“Although I am entrusted with the important responsibility to lead this country upholding the cause of the great comrades Kim Il-sung and Kim Jong-il thanks to the trust of all the people, my efforts and sincerity have not been sufficient enough to rid our people of the difficulties in their lives," he said. 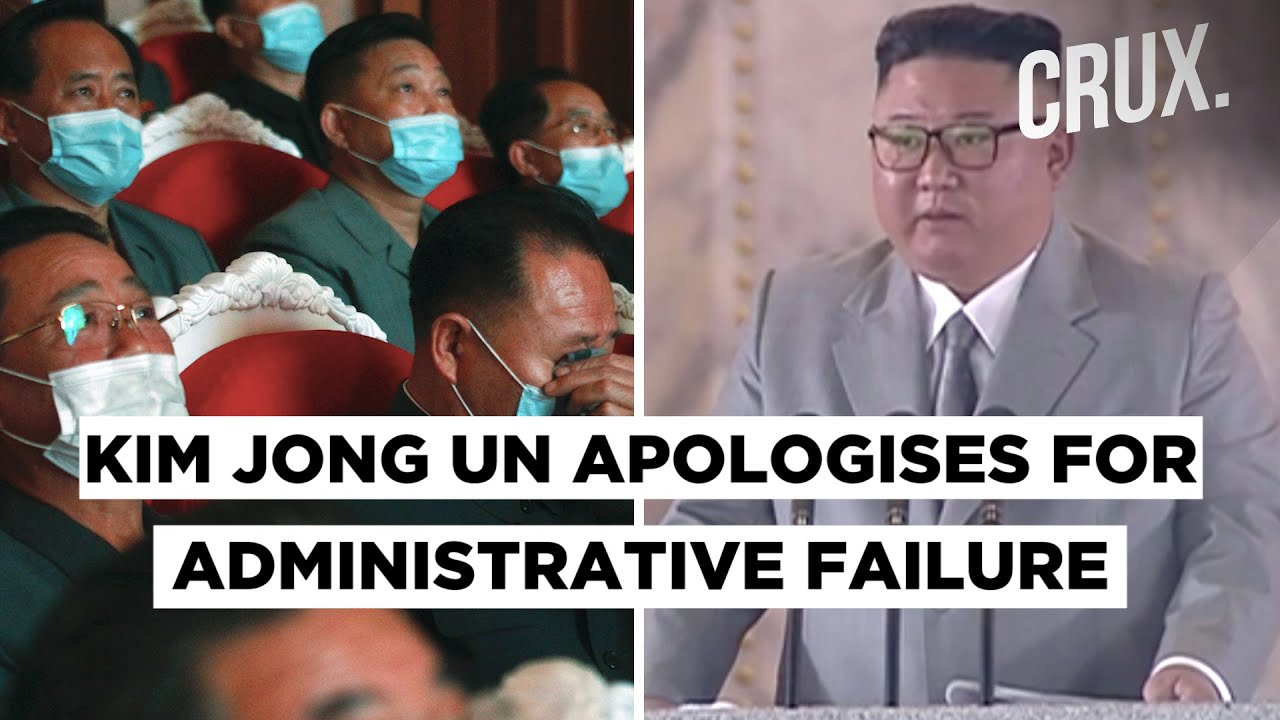 READ: Kim Jong-un Orders North Korea to Give Up Pet Dogs to Save Country from Meat Shortage

READ: Kim Yo Jong May be North Korea's First Female Leader, But What are Netizens Googling? Nude Pics

Many found it a tad difficult to digest that Kim Jong-un was actually crying while apologising - both highly uncharacteristic.

Kim Jong Un is crying. This is a case for @Dcornell26

Kim Jong Un was crying? Um...what the hell is this year???

Kim Jong Un in 2020 went from dying -> resurrecting -> crying for his country (?)Reality is indeed stranger than fiction this year https://t.co/bIyVat1ZuH

Kim Jong Un crying? Apologizing to his people for letting them down? What in the hell is going on. Is the world coming to an end and we don't know it??

one reason Kim Jong Un weeping intrigues me is, so far as I can tell, it has absolutely nothing to do with us. we can translate the missiles into a universal language, a language of force and deterrence and war we understand. but I'm not sure we know how to translate the tears.

Lots of crying faces in the crowds while Kim Jong Un gave his speech. (KJU looks like he shed some tears himself; said he felt sorry for the soldiers who couldn't' be present due to them being deployed to typhoon-struck areas). pic.twitter.com/Ma2xTbSZRM

Even for North Korea/Kim Jong Un, these photos are wild. The smiles, the tears, the long speech from a guy who's "died" several times this year, the new missiles, the parade at night. Even in this crazy October, the Great Successor knows how to attract attention. https://t.co/NFbvSqR9uP

Even Kim Jong Un is like “This is a lot.”

Earlier this year, there were several reports which suggested that the North Korean leader had been ill and had even stepped into a coma after health complications. Reports speculated that his sister, Kim Yo Jong is set to take reins of the country. Other bizarre reports also suggested that Kim Jong-un was using a body double because he had taken ill.