Brahmadathan along with Omanachettan were regular to important temple festivals in the state. The tusker as well as the mahout were a darling of elephant lovers as well.

It was a rare farewell. When Pallat Brahmadathan came to bid farewell to his master Omanachettan, who had cared him for nearly a quarter of a century, all those who assembled in the premises wept. Brahmadathan is an elephant and Omanachettan was his mahout. To Brahmadathan, Kunnakkad Damodaran Nair alias Omanachettan as he was fondly addressed, a native of Lakkattoor near Kottayam, was a playmate more than a mahout. He, who has been involved in the care of elephants for over six decades, passed away on Thursday morning following cancer. He was 74.

He was one of the rare mahouts who loved and cared for elephants and returned their affection. According to elephant lovers across the state, Omanachettan has never once beaten even the most disobedient elephants.

Brahmadathan along with Omanachettan were regular to important temple festivals in the state. The tusker as well as the mahout were a darling of elephant lovers as well. 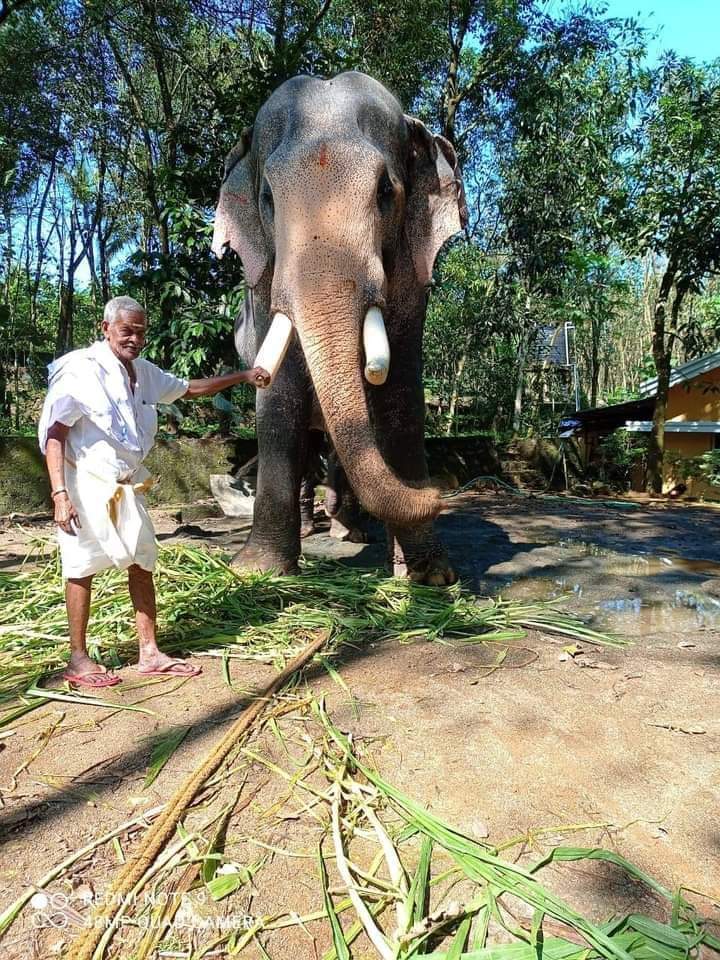 Their last public appearance was the Thrissur Pooram. On learning the news of the demise of Omanachettan, Pallad Rajesh and Manoj, the owners and brothers of Brahmadathan, took the elephant from Melampara to Omanachettan’s house, some 20 kilometres away.

The relatives and the natives burst into tears when the tusker raised its trunk and bowed near the body of Omanachettan lying on the verandah of the house, waiting for the cremation after the final rites under restrictions due to lockdown protocol.

When Rajesh, son of Omanachettan, grabbed the elephant’s trunk and wept, the pachyderms eyes were also turned moist which made the people emotional. The elephant stood in front of the body for about five minutes and then retreated. Then the body was taken to cremation.