To mark the spirit of the occasion, Banerjee shared an audio clip in which she can be heard 'Jago Durga' in Bangla.

West Bengal Chief Minister Mamata Banerjee may be a sucker for art and culture, but a recent video featuring her singing a Mahalaya song has been facing flak on social media, perhaps for its insensitive timing.

This Thursday marked the beginning of the ‘Devi Paksha’ for Bengalis across West Bengal and outside with the early onset of Mahalaya - the day celebrated as the precursor to Durga Puja. The festive date is often associated with the singing of the ‘Chandi Path’ and “agomoni" (welcome)- passages and songs dedicated to the arrival of Goddess Durga. Many mark Mahalaya by singing popular songs like “Jaago Durga" (Wake up, Durga).

To mark the spirit of the occasion, Banerjee shared an audio clip in which she can be heard “Jago Durga" in Bangla. The clip was shared on her Facebook page on Thursday and has since received lakhs of views.

Not all, however, shared the CM’s earnest delight as many brought up their current condition of unemployment and asked “Didi" to give them a job instead. From out of work workers to teachers, many took to the thread to share their woes with the Trinamool chief ahead of the festive season. 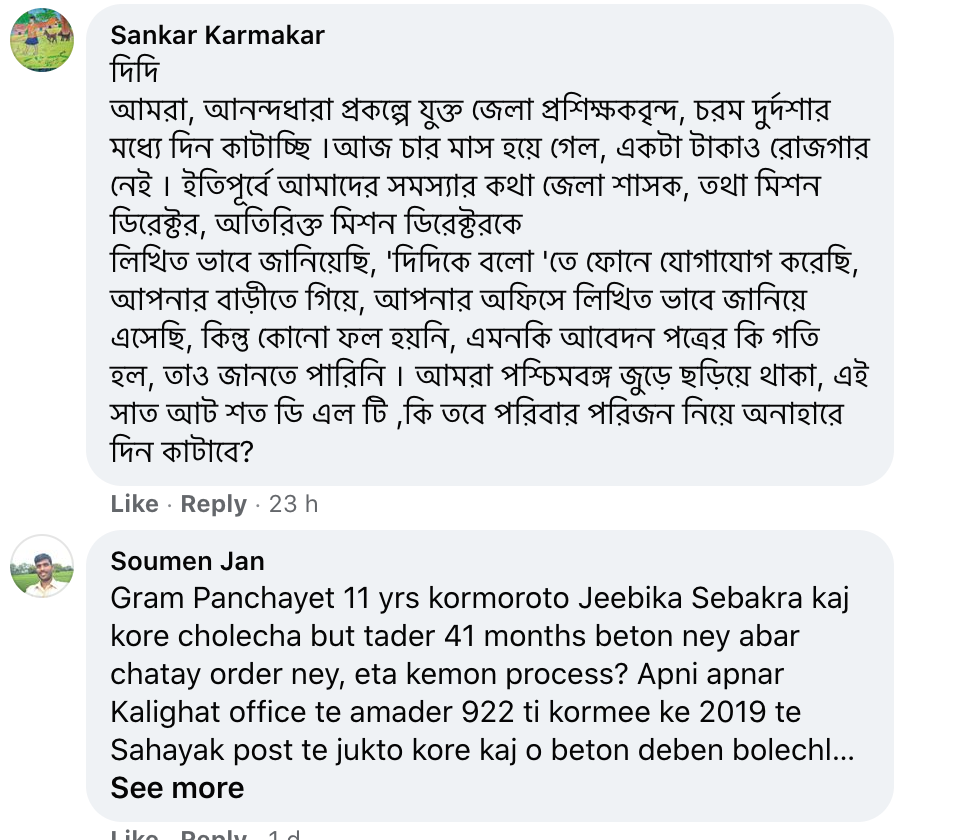 Banerjee recently announced a monthly financial assistance of Rs 1,000 and free housing for over 8,000 Brahmin priests in the state. With an eye on polls, Banerjee also announced the mapping of religious sites for ‘Maha Tirtha Bhumi’ in West Bengal.