As per reports, the dispute allegedly occurred after Sharma's wife caught him in the act of an extra-marital affair. While the video itself was outrageous, the police officer's brazen response to it has been causing further ire on social media.

When confronted by the media, Sharma denied all allegations of domestic abuse and said, "This is a family dispute".

"We have been married for 32 years, in 2008 she complained against me," Sharma told ANI. "But the point is since 2008 she has been living in my house, enjoying all facilities and traveling abroad at my expense". 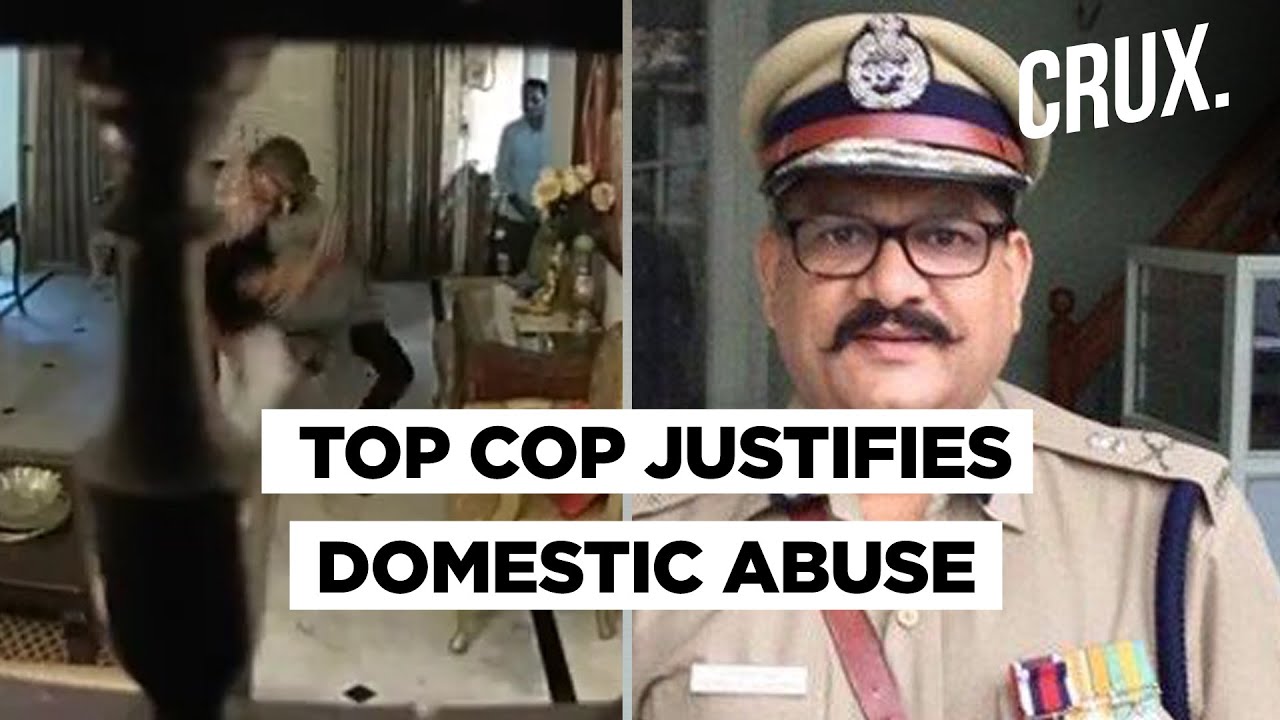 He also told reporters that his wife "stalked" and put cameras in his house to keep an eye on him.

Sharma's justification of violence against his wife and treating her like chattel has caused severe outrage on social media.

"This mindset. Exactly this feeling which makes men think that women are ‘their property’ to ill-treat, to beat, to do as they please," Shiv Sena spokesperson Priyanka Chaturvedi, wrote on Twitter. "If law-keepers talk this language & get violent with women what hope in hell will the society have. Shameful".

This mindset. Exactly this feeling which makes men think that women are ‘their property’ to ill treat, to beat, to do as they please.If law keepers talk this language & get violent with women what hope in hell will the society have. Shameful. pic.twitter.com/rpAqPKLcKm

Others also reacted to the statement, reminding the officer the women are not their husbands' property.

Wht a reprehensible statement by Additional DG Purshottam Sharma! Does tht give u an authority to beat ur wife?Sickening mindset😡A woman is NOT an object & u definitely don't own herHe hs bn relieved of his duties now. No one is above law & order@TandonRaveena @SwetaSinghAT https://t.co/2kJwiWpbDB

Imagine what happens to women who need to file a complaint of domestic violence in this man’s jurisdiction. He will ask if they are “enjoying the facilities” of their abuser’s homes https://t.co/9uBXChS1SH

This man shouldn't be forgiven. Living in my house?? You have been.married for 32 yrs..its equally her house too. And nothing gives you the rights to raise your hands on her. https://t.co/XlqTG3NL3s

The point is she’s not an object and you definitely do not own her. https://t.co/iD5OSr4mjG

This guy’s IPS should be revoked. U can’t have a wife beater in the police force! https://t.co/1TT1NtHFEe

Women are not property or objects.You are not entitled to impose anything on a sentient being #domesticviolence #gbv #smashthepatriarchy https://t.co/m0Y124qZL0

Reprehensible statement seeking justification for cruelty and abuse. Nobody is above the law and his superiors should set an example for the public. Otherwise what is the message being sent to young men? https://t.co/aXcPzbqzBU

Really? Unfortunately, many wives forced to live in violent marriages for lack of financial independence and no support from their parents who believe marrying a daughter is end of their ‘responsibility’ https://t.co/KwdsCIJpej

The statement comes even after the Supreme Court in 2018 while decriminalising adultery ruled that "Women are not their husband's chattel".

The video comes in the wake of an alarming growth in cases of domestic violence since the lockdown. According to reports in April itself, the first month of lockdown after March 25, the National Commission for Women received 315 complaints of domestic violence. This was the highest since August 2019.

Purushottam Sharma’s son Parth, a deputy commissioner in the Income Tax Department, had sent the video to Madhya Pradesh Home Minister Narottam Mishra and some senior bureaucrats, and requested that a complaint be registered against his father.

In a letter signed by the MP Undersecretraty for Home Department, Annu Bhalavi, Sharma has been asked to respond by 5.30 pm tomorrow with a clarification on the video or face suspension.