Bail Denied: The Delhi High Court on Tuesday declined interim protection from arrest to Congress leader and former union minister P Chidambaram in the corruption and money laundering cases related to the INX Media scandal. Justice Sunil Gaur, denying relief to Chidambaram, said “facts of the case prima facie reveal that” he is the “kingpin that is the key conspirator in the case”, and he was evasive in replies to probe agencies when he was under protective cover given by the court.The court further said the "magnitude and enormity" of material produced by the investigating agencies "dis-entitles him from any pre-arrest bail". Read more.

Mission Moon: Indian Space Research Organisation (ISRO) Chairman K Sivan on Tuesday described as “heart-stopping” the tense moments when Chandrayaan-2 attempted to inject the spacecraft into the lunar orbit. Addressing the media after the successful move, Sivan said as ISRO scientists started firing Chandrayaan-2's onboard liquid engine to put the spacecraft in an orbit around the Moon, "our heartbeat increased". However, for Sivan, Tuesdsay was just the beginning as he described the proposed soft-landing on the Moon on September 7 as a "terrifying" moment because it is something ISRO has not done before. Read more.

Aadhar Media: Attorney General for India KK Venugopal on Tuesday emphasised in the Supreme Court the need to link Aadhaar with social media accounts in order to trace users in national interest. The top law officer submitted before a bench headed by Justice Deepak Gupta that spurt in cyber crimes, use of social media in terror-related activities and inciting violence, pornography etc require identity of users to be made known to law enforcement agencies.Venugopal, who is appearing in the batch of transfer petitions for the Tamil Nadu government, also cited the Blue Whale game to illustrate the dangers of social media. Read more.

NRC Apprehension: Amidst rising apprehension about what the final data publication of the National Register of Citizens (NRC) has in store for the people of Assam, the Ministry of Home Affairs (MHA) has clarified that those names excluded from the document will be given legal aid from the government to file an appeal. The MHA added that those excluded will get 120 days to file their appeal instead of the existing 60 days. the various decisions were taken at a high-level meeting chaired by Union Home Minister Amit Shah on Monday. Read more.

Internal Matter: Defence Minister Rajnath Singh held a telephonic conversation with his US counterpart Mark T Esper on Tuesday during which he raised the issue of cross-border terrorism directed against India, officials said. Singh also conveyed to Esper that issues relating to abrogation of provisions of Article 370 of the Constitution are internal matters of India. Read more.

Plastic-free LS: The Lok Sabha Secretariat said it has banned the use of non-reusable plastic water bottles and other plastic items within the Parliament complex with effect from Tuesday. All officers and staff of the Secretariat and other allied agencies working in the Parliament House Complex have been asked to comply with the directions, the secretariat said in a statement. They have also been advised to use environment friendly biodegradable bags and other material, it added. "This initiative by the Lok Sabha Secretariat is a step towards the call by the Prime Minister to the nation to make the country free from plastics," it said. Read more.

Rajiv’s name was selected by Nehru from a list of names Feroze had sent him in jail. Nehru chose Rajiv because it meant ‘lotus’ in Sanskrit and had the same meaning as Kamala, Rajiv’s grandmother who had died eight years before he was born. Rajiv’s full name was Rajivratna – ratna or a jewel also means ‘Jawahar’ so Rajiv had inherited names of his grandparents. Nehru had also given a Persian name to Rajiv – Birjees, the legendary king of gods. In Persian, Birjees means ‘Jupiter’ and the ‘auspicious one’. Nehru also wanted Feroze and Indira to use Nehru as an additional name to Rajivratna Birjees...Read the piece by Rasheed Kidwai to know details from Rajiv Gandhi’s childhood, no one knows about. 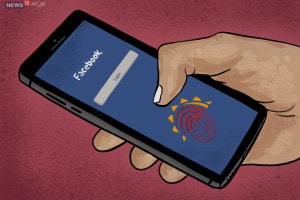 Attorney General for India KK Venugopal said spurt in cyber crimes, use of social media in terror-related activities and inciting violence, pornography etc require identity of users to be made known to law enforcement agencies.
Tags: