News18 Wrap: Govt Bans Production and Sale of E-Cigarettes, Detained J&K Leaders Will be Freed in Less Than 18 Months & Other Stories You Missed

Cigarette Crackdown: The government banned e-cigarettes, with Finance Minister Nirmala Sitharaman saying the habit affected youth the most. She said the decision was taken “so that we could take early action with regards to health of people” and added that the government hoped to pass an ordinance on the same in the next session of Parliament. Read more.

Mocking Release: Political leaders detained in Jammu and Kashmir following the scrapping of special status will be released in less than 18 months, Union minister Jitendra Singh has said. Apparently it was a jibe at the Congress and other opposition parties on the duration of the 1975 Emergency imposed by Indira Gandhi. Read more.

Mamata-Modi Meet: Prime Minister Narendra Modi met Bengal chief minister Mamata Banerjee in Delhi and the top agenda of the meeting was the betterment of ties between the Centre and the West Bengal government. After the meeting Banerjee said that issues of unemployment were raised and she would also be seeking an appointment with the home minister. Read more.

Vikrant Theft: The theft onboard INS Vikrant, India’s first indigenous aircraft carrier being constructed at the Cochin Shipyard Limited, seems to be a case of internal sabotage, sources in the CISF said hours after a probe into the massive security breach was launched.Electrical components and four hard disks and processors were found missing after the theft. Read more.

Delay Prosecution: A law student, who has accused BJP leader Chinmayanand of rape and blackmail has now questioned the delay on part of the Special Investigation Team (SIT) in arresting the accused. She asked if the Uttar Pradesh government was waiting for her to end her life to initiate action against the former central minister. Read more.

Death Chambers: Expressing serious concern over people dying during manual scavenging and sewage cleaning in India, the Supreme Court said nowhere in the world people are sent to "gas chambers to die". Although over 70 years have passed since the Independence, caste discrimination still persists in the country, the apex court noted while making scathing observations on the practice. Read more.

The temple of Indian democracy may soon have a new address. In the last 17 years, ruling dispensations have made at least three attempts to set up a new parliament building: in 2002 under late Prime Minister Atal Bihari Vajpayee, in 2015 by the-then Speaker Sumitra Mahajan, and last week, when the pitch finally received the government’s go-ahead. Some opposition leaders suspect a “vastu” or “feng shui” inspiration behind the move to effect major structural changes to the Parliament House or construct a new building. Read the piece by Kay Benedict who argues whether vastu is a reason for governments to have pushed for a new Parliament building? 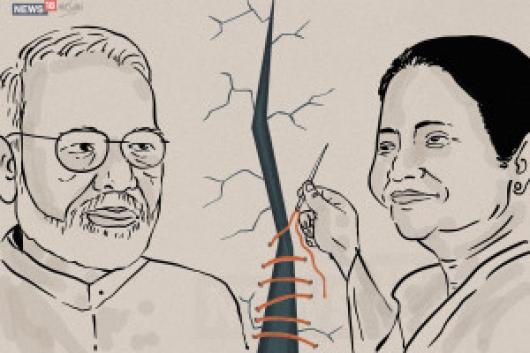