Prime Minister Narendra Modi on Tuesday challenged the Opposition to prove if he has amassed any assets or kept money in any foreign bank. Addressing an election meeting in Ballia, Uttar Pradesh, Modi referred to the Opposition as 'Mahamilavati" and said they would Will give free licence to stone-pelters and 'tukde-tukde' gangs. Read more.

At a time when clashes and protests have erupted in the aftermath of rape of a 3-year-old girl in Kashmir, fake news on social media is posing to be a serious challenge. Protests have been reported from several parts of the Valley since the minor girl was raped in north Kashmir’s Bandipora district on May 8. Read more.

In a first in the history of Delhi University's St Stephen's College, its interview panel for undergraduate admissions this year will include one member of the college’s Supreme Council, which comprises six members of the Church of North India (CNI). The announcement, made by college principal John Varghese, has been met with strong criticism from the faculty members as it brings the college’s admission process under a conflict of interest. Read more.

Congress president Rahul Gandhi on Tuesday took a swipe at Prime Minister Narendra Modi over his remarks that cloud cover "helped" IAF planes evade Pakistani radars during the Balakot air strikes. Addressing an election rally here ahead of the fourth and last phase of Lok Sabha polls in Madhya Pradesh, Gandhi also sought to know what Modi did for the jobless youth. Read more.

News18 Exclusive: With the IPL done and dusted, the focus now turns entirely towards the marquee event of the season – the World Cup. Most pundits pick India as among the favourites to lift the trophy for the third time. In this freewheeling conversation, Head coach Ravi Shastri dwells on the major talking points going into the marquee event, including concerns over the form of some key players, the threat posed by other teams and the tactics he expects to be deployed in the tournament. Read the EXCLUSIVE interview only on News18.com.

As the mammoth seven-phased Lok Sabha election draws to a close, senior Congress leader Mani Shankar Aiyar has reignited a controversy with an article in which he justifies his “neech” slur for Prime Minister Narendra Modi, for which he was suspended two years ago. Read his clarification on News18.com.

Bollywood actor Riteish Deshmukh hit back at Union Minister Piyush Goyal, who said that his father, former Maharahashtra Chief Minister Vilasrao Deshmukh, was only worried about getting his son a film during the 26/11 Mumbai terror attack. Read more.

With the BJP fielding Bhojpuri actor Dinesh Lal Yadav, also known as Nirahua, to take on Samajwadi Party chief Akhilesh Yadav in Azamgarh, the SP cadre have come up with a special way to fight their rival. A team of singers from the SP camp has composed musical satires against the self-proclaimed folk music champion. Uthpal Pathak takes a closer look at how the Birha singer Akhilesh Yadav’s challenger is facing his own music in Azamgarh. Read more. 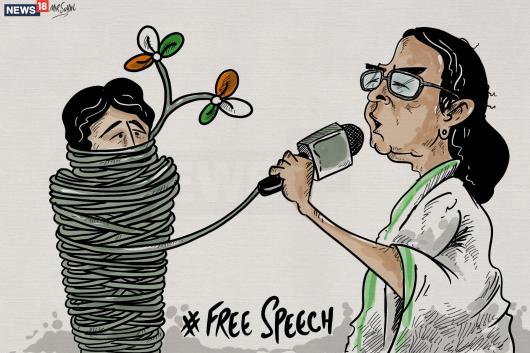