J&K's New L-G: Incumbent Governor of Jammu and Kashmir Satya Pal Malik has been tipped to be appointed as the new Lieutenant Governor once the state is formally classified as a Union Territory on October 31. Sources revealed to News18 that the government feels that Malik is the best available choice as he understands the present scenario well and has been steering the state for well over a year now. Read more.

Cross-Border Attack: The Indian Army’s major strike against terrorist launch pads in Pakistan occupied Kashmir on Sunday was crucial to stop infiltration ahead of the winters to stop attempts to create unrest in the Valley over the effective scrapping of Article 370. According to sources, Indian intelligence agencies had been given a clear-cut directive: stop terrorist infiltration to Kashmir at any cost as the cross-border militant groups would try to push in as many cadre as possible in these months. Read more.

Delay of Agreement: India and Pakistan are unlikely to sign the agreement to operationalise the Kartarpur Sahib Corridor, as was agreed earlier. The next date for the agreement signing has not been confirmed yet. The Indian government earlier said it would sign an agreement with Pakistan to open the cross-border corridor to Darbar Sahib gurdwara in Kartarpur before November 12 despite Islamabad not ceding to the request of withdrawing the service fee of $20 on pilgrims. Read more.

Chidambaram's Bail: The Supreme Court tore into the Central Bureau of Investigation's objections to giving bail to P Chidambaram in the INX Media case and held that the former Union minister can't be said to be a flight-risk. It further held that there is no evidence with the CBI to show that Chidambaram tried to influence any witness in the case and that the agency had raised this argument belatedly. Read more.

Biggest Tax Raid: He calls himself “Kalki”, the 10th and the last Avatar of Lord Vishnu. His followers call him “Kalki Bhagwan” and he has several ashrams and lakhs of devotees. The Income Tax department has raided the self-proclaimed godman's ashrams in Andhra Pradesh, Tamil Nadu and Karnataka and seized unaccounted cash worth over Rs 45 crore in Indian currency, another Rs 15 crore in foreign currencies and 88 kg gold. Being hailed as one of the biggest tax raids in recent times, the unofficial figures are said to be much higher. Read more.

William Shakespeare compared women to a summer's day. Eleanor Roosevelt compared women to teabags. And now, a Turkish preacher man has compared women to rotten apples. A video of an alleged Sunni preacher in Turkey has gone viral on social media, and many are now debating his words. The man in the video, holding two apples - one skinned and one unskinned - seems to be saying, "A peeled apple attracts germs. Women should cover themselves like an apple". Read the piece by Rakhi Bose, who argues that when a Turkish preacher goes on to call immodest women potential bad apples, no one is surprised because it's not entirely the misguided Turkish preachers' fault to liken women to perishable fruit. A cursory look at the words in use to describe, address and refer to women or womanly qualities, surprisingly, are mostly fruit names. Hence, it is nothing but another adventurous fruit discredited by patriarchy. 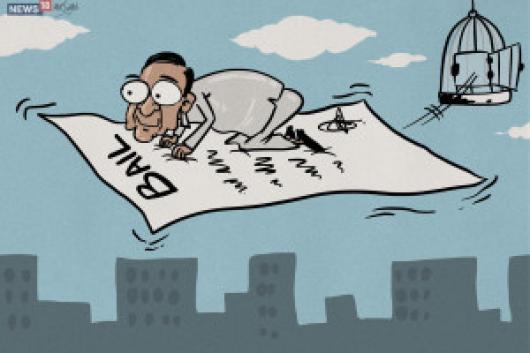