News18 Wrap: Shah Says All Infiltrators Will be Thrown Out, ISRO Continues Efforts to Find Vikram & Other Stories You Missed

Citizenship Flashpoint: Union Home Minister and BJP President Amit Shah reiterated that the National Register of Citizens (NRC) will be implemented in West Bengal and that all infiltrators will be thrown out of the country. But before the implementation, the Citizenship (amendment) Bill will be passed to accord Indian citizenship to all Hindu, Sikh, Jain and Buddhist refugees. Meanwhile, Chief Minister Mamata Banerjee has accused the BJP of creating panic over NRC and has frequently said she will not allow the exercise in the state. Read more.

ISRO Tries: The Indian Space Research Organisation (ISRO) has not given up efforts to spring Chandrayaan-2's lander Vikram lying on the lunar surface back to life after a hard-landing more than three weeks ago, senior officials indicated.the Bengaluru-headquartered space agency had been making "all possible" efforts to establish link with the lander but had apparently suspended those operations 10 days ago following night fall on the Moon. Read more.

Climate Change: Extreme weather events, such as severe rainfall, hailstorms, heatwaves and cyclones, are going to increase in frequency and intensity due to climate change, says KJ Ramesh, former director general of the India Meteorological Department (IMD), while adding that development models need to keep pace. Ramesh, who was senior adviser to the ministry of earth sciences for atmospheric sciences and climate, explained that this delay is one that scientists have been observing for nearly a decade. Read more.

Mahrashtra Polls: Minutes after the Bharatiya Janata Party released its first list of 125 candidate for Maharashtra assembly elections, its ally Shiv Sena put out a list of 124 seats that have been finalised after the talks with BJP. However, sources said that the Uddhav Thackeray-led party is trying to negotiate on two more seats. Senior state BJP minister Chandrakant Patil said that both the allies have finalised the seat-sharing deal for the Maharashtra assembly elections 2019. Read more.

New Mayor: BJP's M Gowtham Kumar was declared the winner of the mayoral elections in Karnataka's Bengaluru on Tuesday. Kumar is a two-time BJP corporator from Jogupalya ward in Ulsoor. He clinched victory over Congress' R Satyanarayana by 17 votes and win the top elected post in the local civic body — the Bruhat Bengaluru Mahanagara Palike (BBMP). A staunch BJP worker, he was chosen as the candidate on Tuesday morning after two opposing factions within the BJP reached a consensus. Read more.

NRC Row: A letter from the Uttar Pradesh Director General of Police (DGP) OP Singh to all district police chiefs on identification and verification of illegal Bangladeshi migrants and “other foreigners” has led to speculation of the NRC exercise being replicated in politically significant UP after controversial implementation in Assam. The letter in Hindi was released to the media by the DGP's office. Read more.

The Rashtriya Swayamsewak Sangh (RSS) has stepped up its activities in Bihar to strengthen its roots among the backward and extremely backward castes which have hitherto been the supporter of Lalu Prasad and Nitish Kumar. Like its ongoing drive among tribes of Jharkhand and adjoining areas of Chhattisgarh, the RSS is closely interacting with people at the grassroots level and trying to rope in the intermediary castes to its side in Bihar, where caste affiliations still influence voting patterns. The idea behind this is to strengthen Hindutva — the core strength of the Sangh Parivar — and break the caste barrier in the state. Read the piece by Ashok Mishra, who argues that with schools, medical centres and self-help groups, RSS spreads its tentacles in Bihar to help the BJP flourish. 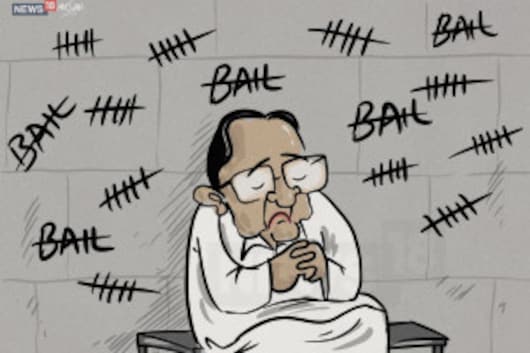