The company tried to clarify saying that he 'dark-skinned' factor was included on client request.

While the world is up in arms against racism and the protesters are toppling the symbols of slavery, a care provider in Australia has courted controversy after it posted an advertisement asking 'dark-skinned' people not to apply for a job opening.

Absolute Care and Health, a disability care provider located in South Yarra in Melbourne, shared the vacancy on website Indeed.com, The Independent reported.

“We seek mature support workers, ideally aged 40 years and over,” the advertisement said. “We request no dark-skinned (Indian or African) applicants apply for this role.” 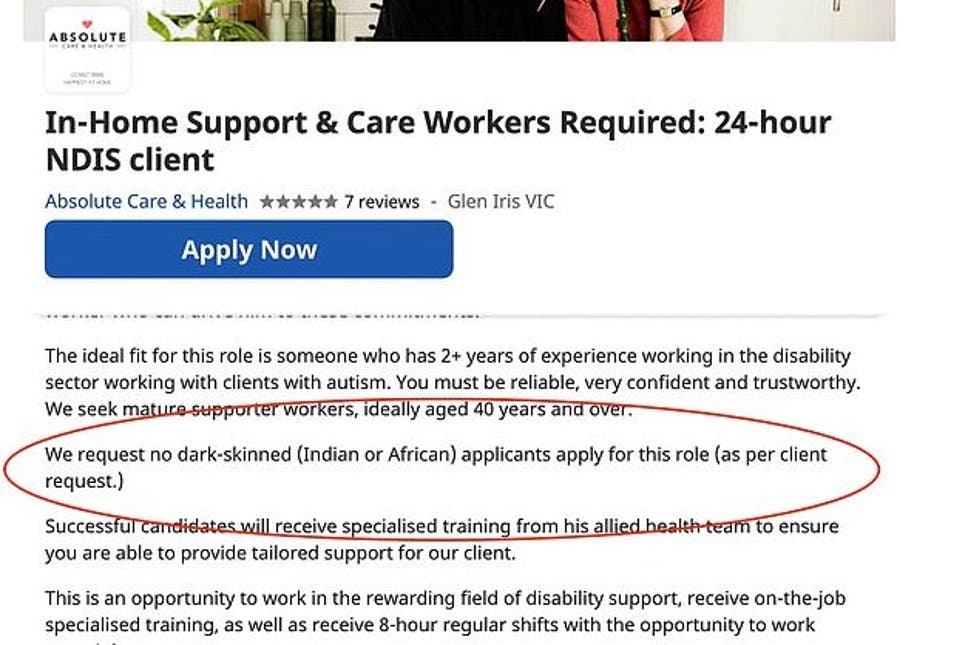 The company has apologised for the advertisement after it caused widespread outrage. Israeli-Australian academic


Dvir Abramovich, who who specialises in Holocaust studies and who is the chair of the Anti-Defamation Commission, termed the job description as 'stomach churning'.

“While I am glad that someone at the company woke up to this disgraceful situation and pulled this deeply hurtful and abhorrent ad, one has to wonder how the phrasing and intent did not raise a single red flag within the organisation before it was published,” he was quoted as saying.

The company tried to clarify saying that he 'dark-skinned' factor was included on client request.

“It happened as a result of an extreme failure in our internal processes and we are so very deeply sorry for the offence and distress that our error has caused,” the company said in a statement.

This comes at a time when brands are changing the names of their products with racist overtones or those promoting the idea of colourism.