Home » News » Buzz » No Traffic, Low Pollution: This is What Indian Cities Look Like After Coronavirus Lockdown
3-MIN READ

No Traffic, Low Pollution: This is What Indian Cities Look Like After Coronavirus Lockdown

At present, the number of confirmed cases of coronavirus in India has crossed 500.

In India, the coronavirus pandemic has not only resulted in a complete lockdown across states and union territories but has also helped in slashing pollution levels around the country.

At present, the number of confirmed cases of coronavirus in India has crossed 500. On Monday, Prime Minister Narendra Modi announced that the whole country will be put under lockdown for twenty-one days in order to contain the contagion. During this time, all commercial and private establishments will be shut while only essential services will be available. All trains and even domestic flights will be cancelled during the lockdown.

On Sunday, during the Janata Curfew, the national capital breathed the cleanest air this year as the Air Quality Index remained within 42. Now, given that the whole country is to stay indoors for the next twenty-one days, it can be expected that pollution levels will drastically go down with cleaner, fresher air which is free of the hazardous and toxic particular matter.

Two reasons for this.

One, due to the lockdown, construction services have been stopped temporarily while factories and industries manufacturing non-essential goods have been shut down till further notice. Studies and government data show that industrial pollution accounts for at least half of the pollution in the country, especially in populated cities like Delhi, Mumbai, Kolkata, Bengaluru and so on.

Secondly, traffic has been reduced to a minimum in metropolitan cities around the country. Photos of deserted roads have flooded social media, with more and more people staying indoors and not daring to venture out of their homes during the outbreak.

We did a comparative study of real-time traffic with what it usually is on an average day in the Delhi-NCR region and other parts of the country which typically see congestion all around the year and the results are startling.

For example, Connaught Place in Delhi is one of the most populated places in the city. A shopper's paradise, this part of Delhi is frequented by thousands of people on a daily basis who either take the metro or use their private vehicles to commute.

On average days, one can expect to be stuck in traffic for at least half an hour or more during peak hours. However, during the lockdown, the streets remain empty. 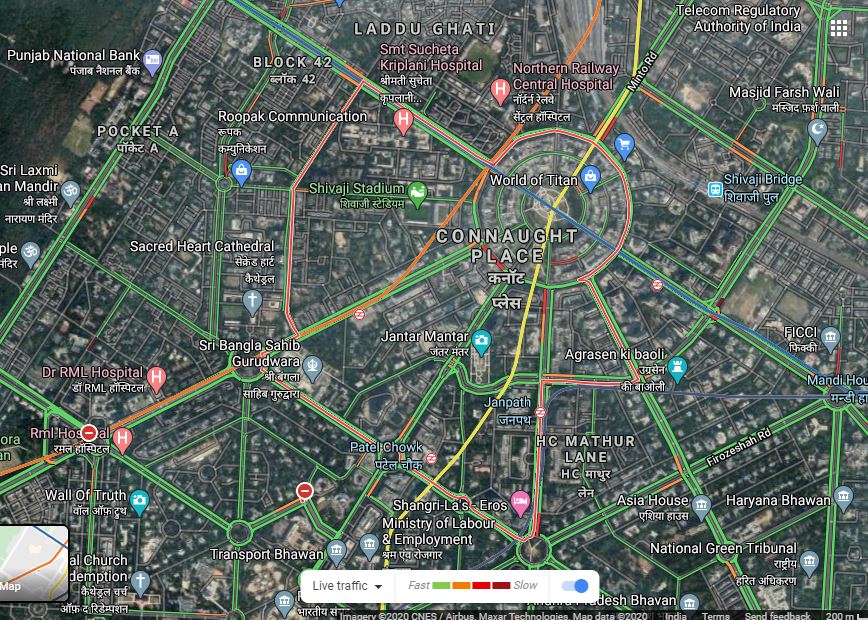 The Delhi-Noida-Direct highway which connects Delhi to Noida is usually highly congested and has a waiting time of more than an hour. However, now, the streets are emptier than they've ever been. 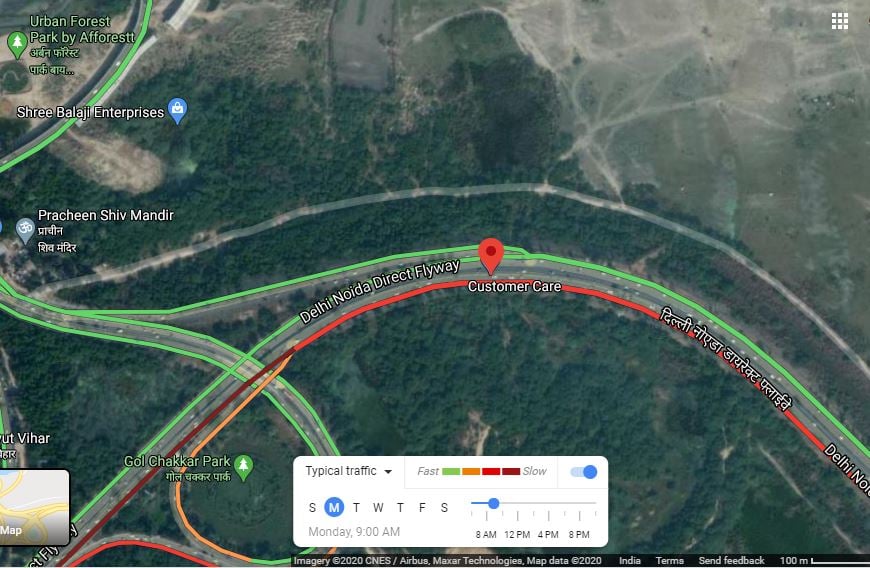 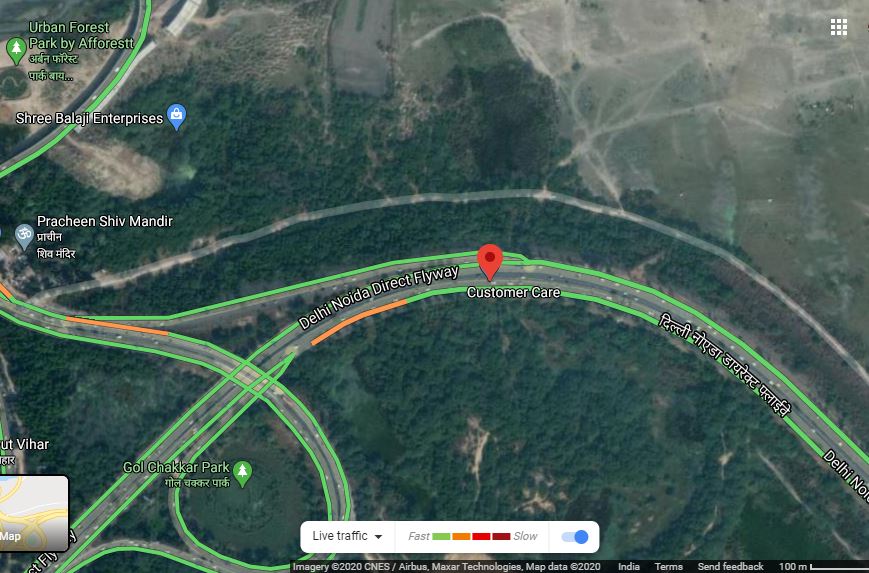 The same applies to West Delhi as well: The region around India Gate, too. 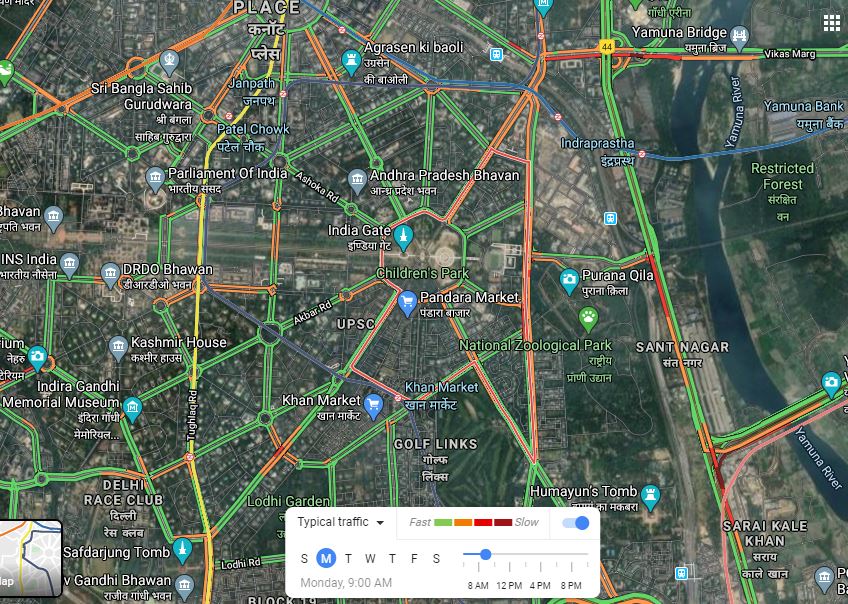 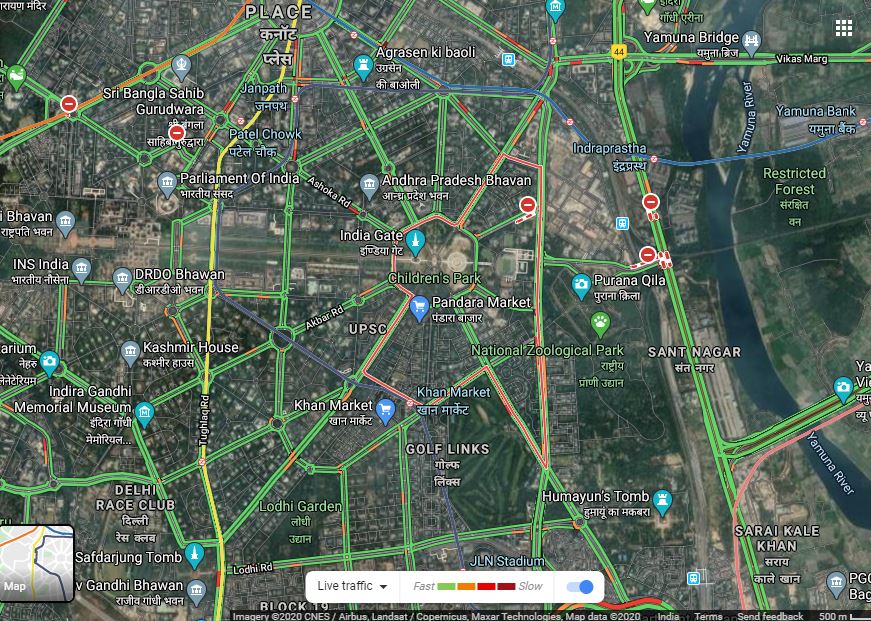 In cities like Mumbai and Bengaluru too, traffic jams have magically disappeared.

This is what Goregaon, Mumbai looks like at present: 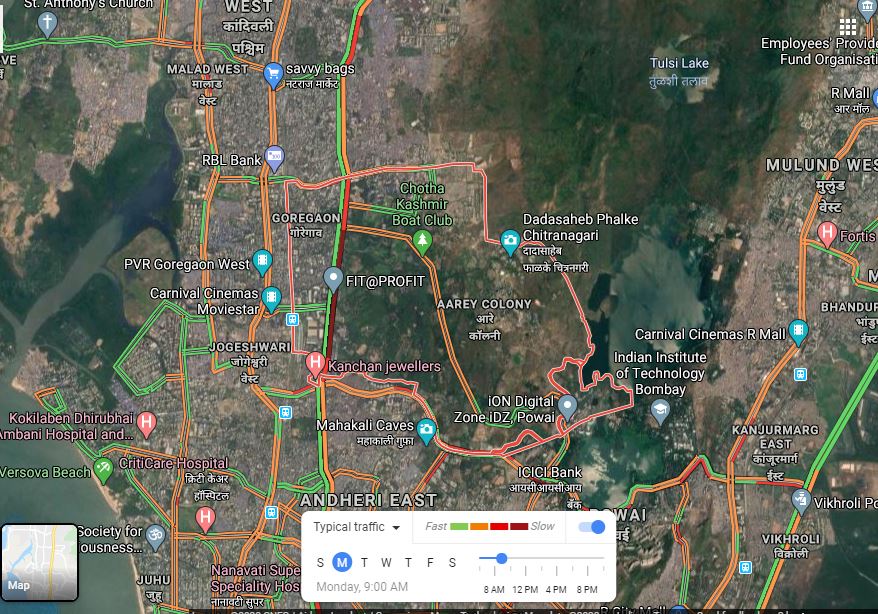 In Bengaluru, as well: 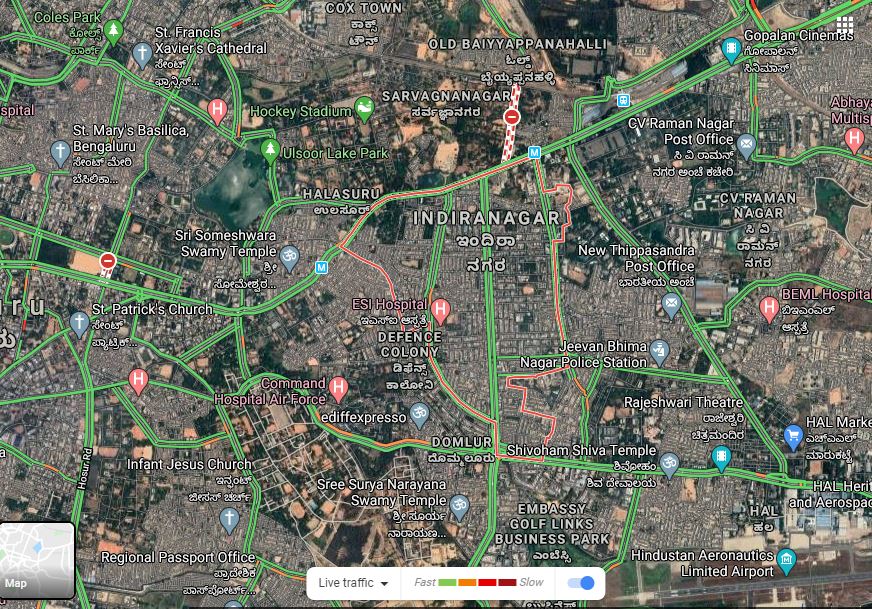 Vehicular pollution has been growing at an alarming rate in India and often exacerbates respiratory problems which may even prove to be fatal. Just a few months ago during the winters, Delhi saw the worst air pollution in years as a dense grey smog enveloped the capital. Cities like Kolkata too had seen a dip in air quality levels.

Traffic jams and congestion are considered to be the leading source of particulate matter, nitrogen oxide, carbon monoxide, sulphur dioxide and other pollutants which contribute to air pollution. However, with no vehicles (including private vehicles) plying due to the coronavirus outbreak, air pollution seems to have taken a backseat.

On Sunday, Delhi recorded 126 micrograms per cubic metre particulate matter which had gone down to half as the day progressed. Kolkata too saw 2.5 AQI, which was termed satisfactory.

But this isn't really causing for celebration, yet. A report by MoneyControl showed that chances are, it'll be business as usual when things go back to normal. Hence, the question arises whether the coronavirus outbreak would have any long-term impact on climate change and pollution in India.
Tags: