Home » News » Buzz » 'One Can Contest Elections From Jail, Why Not Vote?' Three UP Law Students are Fighting for Prisoners' Rights
6-MIN READ

'One Can Contest Elections From Jail, Why Not Vote?' Three UP Law Students are Fighting for Prisoners' Rights

With the petitioners moving court just in time for the 17th Lok Sabha polls, the verdict may decide the fate of the over four lakh incarcerated citizens of free India.

On April 11, the first phase of polling for the 17th Lok Sabha elections is going to begin in 91 constituencies in 18 states. And yet, by the end of the seventh and final phase of polling in May, over 4 lakh people will not be able to cast their votes.

These are the convicts and under-trials, currently living inside the 1401 prisons across India. Convicted populations within most countries are often given bare minimum rights, and treated like second-class citizens by virtue of their incarceration.

Three law students, however, are trying to change this by fighting for these prisoners' right to vote in India.

Praveen Kumar Chaudhary, Prerna Singh and Atul Kumar Dubey, fourth-year law students pursuing their B.A LL.B. (Honours) degree from Galgotias University in Noida, Uttar Pradesh, have filed a Public Interest Litigation case against the constitutional validity of Section 62(5) of the the Representation of the People Act, 1951, in order to accord disenfranchised prisoners the right to vote. The idea came to them while studying the Constitution and various laws regarding voting rights and their curtailment in India. 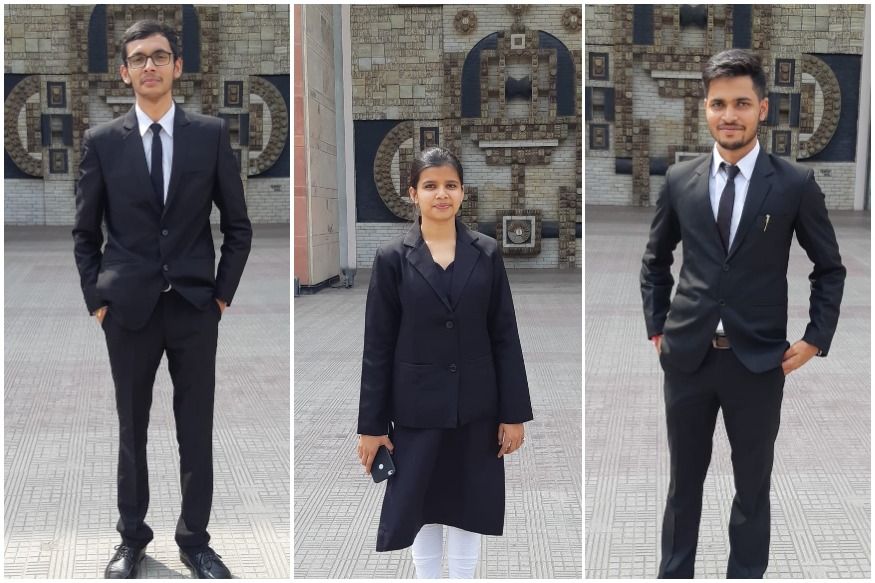 What does the law say?

The Representation of the People Act, 1951, Section 62(5) states that "No person shall vote at any election if he is confined in a prison, whether under a sentence of imprisonment or transportation or otherwise, or is in the lawful custody of the police: Provided that nothing in this sub-section shall apply to a person subjected to preventive detention under any law for the time being in force".

Chapter 43 of the Reference Handbook on the General Elections, released by the Election Commission in 2014, further excluded under-trial prisoners from voting even if their names are on electoral rolls.

However, as per Section 62(5) if the Representation Act, those being held under preventive detention can participate in elections and cast their vote via postal ballots. In 2014, the Election Commission also confirmed that detainees had the right to vote, but not under-trials and convicts. However, no vote has as yet been cast from inside a prison or by a prisoner.

As per Section 21 of the Universal Declaration of Human Rights (UDHR) by the United Nations, which accords universal suffrage to all adults, with no bar for age, gender or status of incarceration.

What are the petitioners contesting?

According to Praveen, 21, from UP's Balliya district, the law was in direct breach of the Constitution. "Article 326 of the Constitution clearly lays down that the right to vote in India should only be decided through suffrage and nothing else," he said.

"All we want is to include prisoners who are also human in the electoral process and discourse in the world's largest democracy".

Atul Dubey, a 22-year-old hailing from Chittarjan, West Bengal, said that the success of democracy lay in the way it treated the weakest and most marginalised of its participants. "It's a test of democracy," he asserted.

"We are not saying that we want convicts to enjoy general freedoms and comforts that legal incarceration denies. But the right to vote is essential to human equality and equity," Dubey said. He pointed out that the deplorable conditions in Indian prisons, the lack of prison reforms and the lack of general awareness regarding the rights and conditions of prisoners went largely unnoticed and unreported due to the lack of political representation.

"The law allows those under preventive detention to cast votes. In fact, the EC even allows those serving sentences under 2 years to contest elections from prison. What stops them from extending the right to vote?" Dubey asked. He added that Section 62(5) was further at odds with Section 21 of The Universal Declaration of Human Rights (UDHR) and thus in violation of Section 51 of the Constitution that mandates respect for international treaties.

Why should prisoners get voting rights?

In 2019, the Rajya Sabha revealed that the 1,412 prisons in India were stretched beyond capacity, with overcrowding at 114 percent, the Indian Express reported. Based on the data, the Supreme Court pulled up state and Union Territory governments regarding the poor condition of prisons and warned them that prisoners cannot be kept "like animals".

Prerna Singh, the only woman among the trio of petitioners, felt these problems could never be improved unless those living in prisons could themselves become part of the democratic voting process and represent their own problems with or through their elected representatives.

Another issue with the current system was the case of the under-trial prisoners - those who have not yet been convicted of their crimes but are in police custody due to the investigation.

These also include those who did not or could not make bail for themselves, thus pointing to a system that favours those with power and money.

"If you have the money to post your bail, you can vote. But if you don't, you can't? How is that democratic?" Prerna, who belongs to Hardoi, said that the fact that those who have committed crimes like murder, rape and loot are denied voting rights, just like those serving sentences for pettier or less grievous crimes. "Am I at the same level of criminality if I am in jail for stealing an apple as when I would be if killed a man?" Prerna asked.

How will they vote?

Prerna told News18.com that as part of their PIL, the three students had sought for arrangements for prisoners to vote from inside prisons. "We are proposing the setting up of EVM machines within prisons to cut down on safety and financial concerns. No one has to leave the prison to vote," she said.

"Australian prisoners serving sentences of three-year or less can vote through post. In Canada, they can do it by mail or by choosing to vote inside jail on pre-selected days before the beginning of polls," Prerna said, adding that solutions could be easily available if one only looked.

Provisions of the law allow prisoners and convicts to have jobs and occupations. They are allowed books and education as well as given vocational and skill building course. "Now, they are even working on allowing married inmates in the same prison to have intercourse. It's irrational to not allow them to vote then." Atul, one of the three petitioners, opined.

Are prison reforms next?

Not drastic reforms, but enfranchisement could be a start, noted lawyer Chintan Chandrachud told News18.com. "It is difficult to say whether if extending voting rights to prisoners help improve the quality of prison life. But the least it will do is to provide them with a voice in the electoral process. That is a significant outcome in and of itself," he said.

Currently, the only proponents for prison reform who have a voice in the electoral process are outsiders such as those that work with prisoners rather than prisoners themselves. This reform could enable insiders to speak in their own voice, the London-based lawyer added.

"It can contribute to mainstreaming those who are currently at the margins of the system," Chandrachud said.

The Delhi High Court has sought the stance of the Election Commission, prison authorities and government on the issue. The case is set to be heard next on Tuesday, May 9. With the petitioners moving court just in time for the 17th Lok Sabha polls, the verdict may decide the fate of the four lakh incarcerated citizens of free India.
Tags: