Home » News » Buzz » 'Our Life Has No Value?' JNU Sanitation Workers Clean Hostels With No Pay or Protection
4-MIN READ

'Our Life Has No Value?' JNU Sanitation Workers Clean Hostels With No Pay or Protection

Sanitation workers in JNU were provided with "coronavirus kits" by students even as administration remained aloof | Image credit: Special arrangement

Despite being made to come to work amid the national lockdown, the workers have not been provided any protective gear such as masks or gloves.

New Delhi: Even as the Prime Minister of India called on citizens to appreciate and commemorate frontline workers providing essential services at personal risk amid the coronavirus pandemic, sanitation workers from a leading university in Delhi say they have not received salaries for nearly three months.

While the rest of the capital practices social distancing and stays indoors, sanitation workers who clean the 18 hostels and messes of the Jawaharlal Nehru University claim they have not been paid three months' wages. Despite being made to come to work amid the national lockdown, the workers have neither been provided with any protective gear such as masks or gloves nor do they have the luxury to opt for work from home or leave without pay.

"I have two minor daughters and son to feed. At a time when the nation is going through a public health emergency with both food and jobs at a premium, I am being denied wages," 43-year-old Kamlesh, a widow and one of the sanitation workers who have not been paid since February, tells News18.

Every morning, Kamlesh has no option but to cover her mouth with her dupatta and walk out of her house to earn her bread. But after two months of living off her meagre savings, Kamlesh and her family have now run out of cash. "We are completely dependent on the relief supplies and meals that Delhi government is arranging for the underprivileged," she rues.

Another sanitation worker, Anita, who has not received wages for two months, alleges that the administration often shifted blame to the contractor and vice versa when asked for payments. "We have been facing this issue for years. Though private contractors keep changing, the same sanitation workers continue to work for new contractors who offer us no transparency or aid," Anita says. "The VC as well as registrar must acknowledge us as permanent employees," she adds. The mother of two feels that it is the responsibility of the administration to fulfil the needs of its employees.

With 47 deaths and over 2,000 active coronavirus cases, large parts of Delhi have been completely sealed, making it even more difficult for the workers to step out of their houses. On March 24, Day 1 of the lockdown, Anita tried to reach JNU from her home, she was stopped by police and harassed. Since she could not report to work, she was marked absent. And absenteeism meant no pay.

"We are providing essential services. The Prime Minister is calling people to clap for doctors. What about us? do our lives have no value?" Anita asks.

Apeksha Priyadarshini, a member of the student organization The Bhagat Singh Ambedkar Students Organisation (BASO), tells News18 that most of the sanitation workers live on monthly allowance and have no money to buy masks or gloves. She along with BASO have raised funds for creating and distruting "COVID-19 kits" to the sanitation workers. 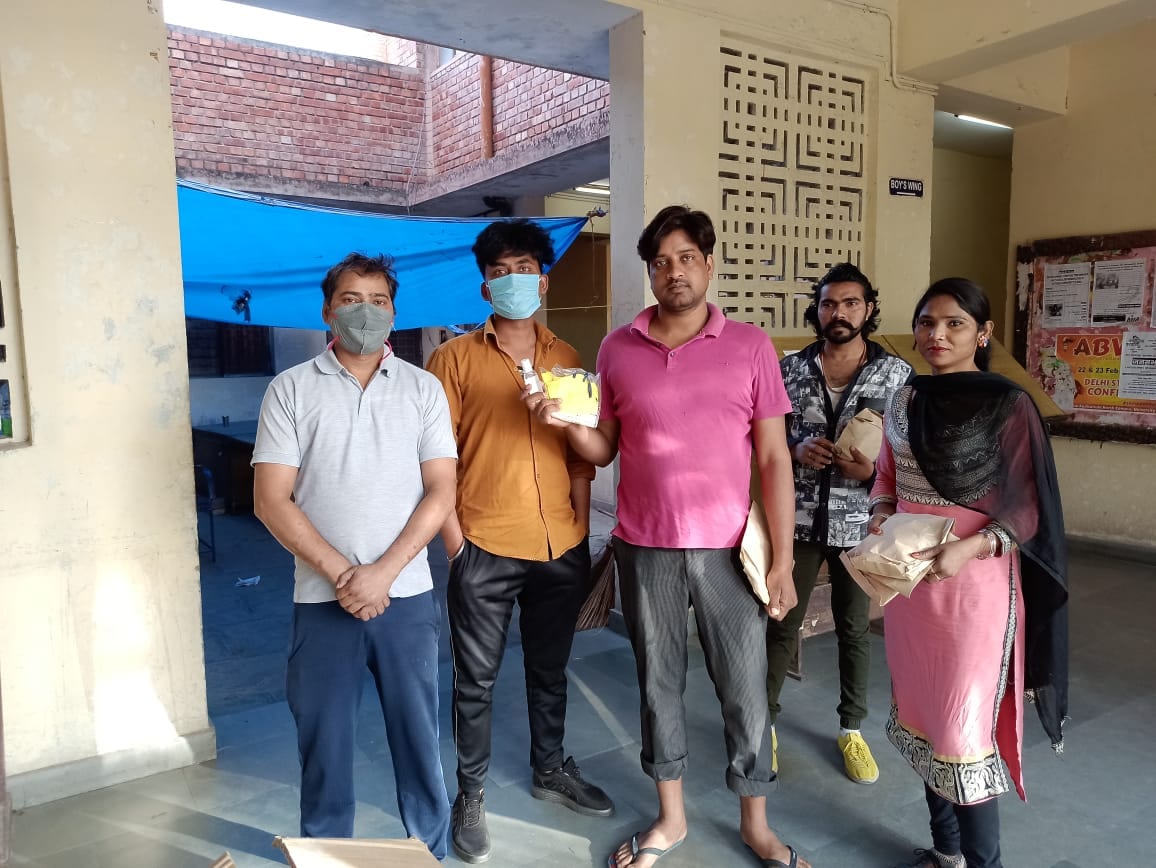 "The kits consist of a hand sanitiser, a face mask and a pair of gloves," Apeksha tells News18. Most of it was funded by private donations made by BASO and other students and teachers of JNU, she adds. So far, about 200 sanitation workers have already been provided with masks.

In JNU, sanitation workers are mainly handled by private contractors who are paid by the administration and are paid a monthly salary of Rs, 12,000. Previously, the workers were on the payroll of the administration itself which bore their salaries and also afforded them permanent employment benefits and status. But that changed after 2016 with the appointment of the new Vice-Chancellor Mamidala Jagdesh Kumar. Now, their employment has been entirely contractualised, allowing the administration to wash their hands off their welfare.

In October 2019, about 170 sanitation workers had gone on strike on campus, demanding a Diwali bonus and regular payment of wages among other things. Sanitation workers had, at the time, created a charter of demands for the JNU administration which had also been supported by the JNU Students Union (JNUSU) and JNU Teachers Association (JNUTA). Some of those demands included providing sanitation workers with permanent employee benefits as well as a review of the exploitative terms and conditions of employment that sanitation workers and security guards had to endure.

"It is a blame game between JNU administration and private contractors like Sudharshan and Rakshak who are on its payroll," Urmila Chauhan, the head of JNU's Labour Union (Kamgar Union) for contractual workers, tells News18. Chauhan was herself a sanitation worker in JNU and was elected as the President of the Union by JNU's sanitation workers. In October 2018, Chauhan was removed from employment by the agency that hired her on grounds of inciting workers against the university. "All I did was demand the rights of the workers. The nexus between JNU administration and private contractors is vile. While both parties need to workers to do their part, neither takes responsibility when it comes to taking care of the workers or paying them wages on time," Chauhan says.

Chauhan feels that though her expulsion came from the agency, the decision had the approval of the administration.

News18 tried to reach out to the JNU administration including Registrar Pramod Kumar who remained unavailable as well Rector I Chintamani Mahapatra who denied comment on the matter.

Meanwhile, Kamlesh, Anita, and others continue to rely on government rations to support themselves and their families. With most students and staff off-campus and the world's attention focused on COVID-19, their demands for equal benefits, regular pay, and respite from exploitation fall on no ears at all.
Tags: