Priyanka will be taking charge of the new responsibility from the first week of February, a press release issued by General Secretary Ashok Gehlot said. (Image: AP)

Every week, News18.com will bring a round-up of what has been 'buzzing' on the Internet. Watch this space.

Priyanka Gandhi had said in an interview on April 24, 2009, “Frankly, I’m not sure I’ve figured out why myself, but I’m very clear I don’t want to be in politics. I’m very happy living my life the way I am. I think there are certain aspects of politics which I’m just not suited to.” That changed this week when Priyanka’s name figured as AICC general secretary in charge of eastern Uttar Pradesh.

And immediately after, the sexism in Indian politics was at full display. "She's very beautiful. But other than that she holds no political achievement or talent," quipped Bihar minister Vinod Narayan Jha when he asked what he thinks about Gandhi's stint. BJP MP Subramanian Swamy called her bipolar and said that she physically abused people.

Meanwhile, the Deputy Chief Minister of Bihar Sushil Kumar Modi has a major problem with Priyanka because she resembles her grandmother, former Prime Minister Indira Gandhi. "If a person could become as capable as someone else merely by resembling him or her, by now we would have had many more Virat Kohlis and Amitabh Bachchans. Duplicates do not work in politics. Priyanka Gandhi might resemble Indira Gandhi, but there is a big difference." As soon as the news was announced, the searches on Google had peaked. The Internet was busy trying to hunt every detail of the latest Gandhi who entered politics. In turn, they started searching for her smoking and drinking habits.

There are three steps to judge a female politician: Looks, husband and morality. It was the same with Priyanka Gandhi, she became a victim of what we call Indian politics and machoism.

But Congress workers across the country are big fans of Priyanka. The Gorakhpur's Congress unit put out posters of Priyanka depicting her 'Jhansi ki Rani', demanding that she be made the Congress candidate from Gorakhpur for the 2019 Lok Sabha elections.

On Twitter, #PriyankaVadra, #PriyankaGandhi, #PriyankaGandhiVadra #PriyankaEntersPolitics, #PriyanakInPolitics started trending within the first hour of the news announcement. Priyanka pretty much proved that whatever happens in the elections, she is already a social media star.

Rasheed Kidwai writes that the change of heart within the Congress party was the ultimate #10YearChallenge.

The Week in Buzz

For many secret couples, an OYO room is one of the few chances of getting some private, alone-time with their partners. But with OYO's move to digitise and share guest check-ins and check-outs with state authorities, some are now rethinking the choice. The hotel chain plans to digitise data of guests staying in its hotels and sharing it with state authorities when needed. What's wrong with this? What do a professor of political science, a doctor, a businessman and a brand manager have in common? They all run highly successful parody accounts on Twitter that have thousands of followers. Here's a detailed account of some of the Indian anonymous Twitter handles and the minds behind them. At the Jaipur Literature Festival, Shashi Tharoor spoke on Sabarimala, Gulzar spoke on writer's block, Sachin Pilot spoke on democracy. Also, at the 'Kumbh of Literature', Hinduism met Quantum Physics. In case you didn't quite catch up on what happened at the JLF this year, this is what you need to check. Dhinchak Pooja has a new song. Heard it yet? 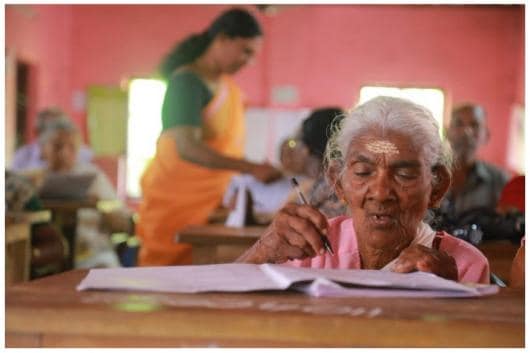