Bollywood actress-producer Anushka Sharma and Indian cricket star Virat Kohli welcomed a baby girl on Monday evening at Mumbai’s Breach Candy Hospital. The baby who shares her birthday with veteran cricketer Rahul Dravid, was born on the same day as India battled hard and secured a draw on the fifth and final day of the third Test against Australia at the SCG.

Kohli shared the happy news on Twitter and added that both the Bollywood actress as well as the newborn baby was doing fine and were healthy.

“We are thrilled to share with you that we have been blessed with a baby girl this afternoon. We thank you all for your love, prayers and good wishes. Anushka and the baby are both healthy and we are feeling beyond blessed to start this new chapter of our lives. We hope that you can respect our privacy at this time. Love, Virat," he wrote on Twitter.

A day to cherish, fans of Anushka and Kohli instantly headed to google to look up for the “baby photos" of the celebrated couple and understandably so.

Unfortunately for them, there were none.

Nonetheless, excited “Virushka" fans took it upon themselves to wish the couple with a photo of Anushka Sharma holding the newborn in her arms.

The photo they used, however, featured neither the new mom Anushka nor her daughter.

The said photo which is currently doing the rounds of the Internet turns out to be a common stock image used in “tips and tricks" articles for new moms welcoming their babies into the world.

The photo shared as “Anushka’s baby photo" has appeared in many articles including this one from 2009, over a decade old. 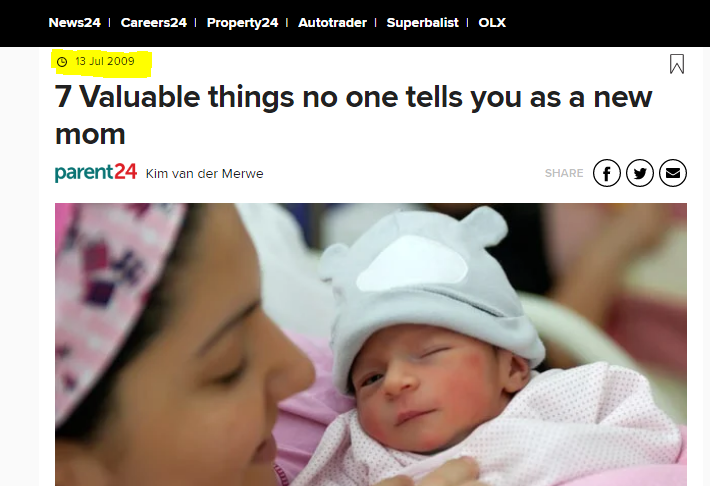 Not just Twitter, the old stock image also featured in several YouTube videos depicting the “real" photo of the actress and her newborn.

A quick search on the video-sharing platform suggests that several YouTube channels have been breaking the happy news with their best intentions. But the photos used here are also either photoshopped or fake. On Monday, Kohli’s brother Vikas Kohli shared a picture of a baby’s feet to welcome the new addition to their family. He captioned the picture, “Happiness overboard …. angel in the house."

The photo, however, is perhaps a generic stock image and may not be the actual first look.

One of the most popular couples in the country, Anushka Sharma and Virat Kohli had tied the knot in December 2017 in a private ceremony in Tuscany, Italy.