On Wednesday, Newton and Einstein were the top trends in India and thousands of citizens were looking up who discovered gravity.

No, trends were not the result of a sudden inquisitive turn of the Indian intellect. Neither did they reflect the scientific temper of the country.

The trends, in fact, were the result of certain statements made by Union Railway Minister Piyush Goyal during an event. Speaking at a Board of Trade meeting, Goyal, who is a former Finance Minister, derided math and also logic when he said, ""Don't get into the calculations that you see on television," Goyal is heard saying in the viral video. "If you look at a 5 trillion economy, country will have to grow at 12 percent, today its growing at 6-7%, don't get into those maths,"

He went ahead to add that Maths never helped Einstein discover gravity. Well, to be fair, he was right.

Math did NOT help EINSTEIN discover gravity. Isaac Newton, maybe, since it was he who established the Laws of Gravity. But definitely not Albert Einstein, who has traditionally been credited with discovering the the theory of relativity.

However, Indians are a testy lot who do not believe anything without Googling it first. As Goyal's comments drew a host of memes and jokes on Twitter, many turned to the search engine to look up some basic questions. Queries relating to Goyal surged after 2 pm and peaked at 3 pm. 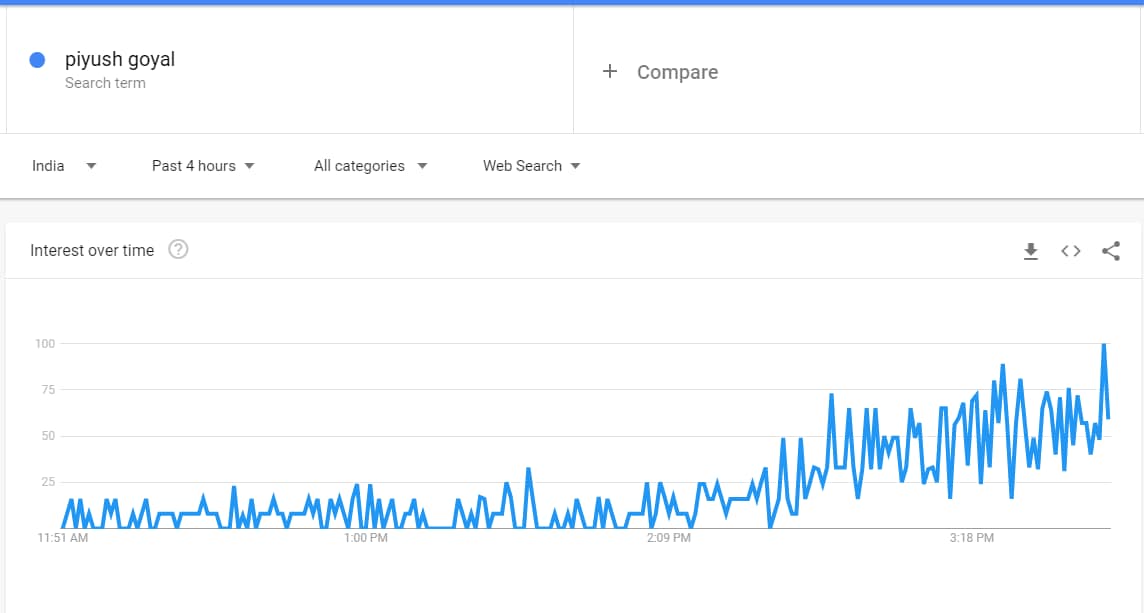 While Isaac Newton trended on third, the fourth most popular search trend on google was a bit strange. People apparently searched "Piyush Goyal eMail" on Google. Why people looked up Goyal's email is hard to tell.

Maybe to send him some Wikipedia links on Newton and Einstein? Who knows.

Additionally, people also searched for Hardeep Singh Puri. If you are wondering why, Puri, the union Minister of Civil Aviation, was the man sitting beside Goyal in the viral clip.
Tags: