Ever since China reported the first case of coronavirus, lewd jokes, puns, videos and memes on COVID-19 have flooded the internet.

Coronavirus, which has now been declared a pandemic by WHO, has killed thousands of people around the world. Yet, the Internet just cannot seem to stop cracking jokes about it.

The number of cases across the globe has risen to more than 124,000 with 4,500 deaths, including a jump in fatalities particularly in Iran and Italy. The number of confirmed cases in India, too, has risen to 60 in the past few days.

Ever since China reported the first case of coronavirus, lewd jokes, puns, videos and memes on COVID-19 have flooded the internet. And more often than not, these jokes are deeply problematic and racist.

Here's an example. As news of the Coronavirus outbreak started making headlines on global news platforms earlier this year, people started cracking jokes about its name and how similar it is to "Corona beer", a popular brand of alcohol. In fact, memes about how you should avoid the beer to prevent coronavirus also went viral. Not only is this unfunny, but it is also false information and could act as a catalyst in spreading panic.

Not just that, social media platforms like Tiktok, Instagram, Facebook and Twitter have been rife with videos which have been "sneeze-shaming" anyone with symptoms of the common cold. For instance, one viral meme says, "If I had coronavirus, I know who I'd be sneezing on." Well, for one, coronavirus or the fact that COVID-19 is now spreading through the community is not a joke; neither is the idea of using it as a weapon against people who you dislike. Secondly, sneezing isn't even a symptom of coronavirus.

The list of symptoms mentioned by the WHO clearly states that the most common symptoms include fever, body ache and difficulty in breathing. Only about five per cent of the diagnosed cases show sneezing. So while you might think that videos like the ones below are funny and harmless, it might very well create a stigma against people who may be sneezing due to the common cold, flu or even allergies.

Similarly, videos of people making masks with the weirdest things are galore on the internet. From bras to bottles or even wrapping oneself in plastic, people around the world have resorted to bizarre ways of keeping the virus at bay.

While one could argue these are just harmless jokes at a time when there's widespread panic and anxiety associated with coronavirus, what the meme-makers have failed to realise is this - the virus which causes COVID-19 is far more tangible a threat now than it was two months ago. Consequently, it would do you more good to follow WHO's twenty-second hand washing technique and buy a few bottles of sanitizer instead of making memes about people who're doing the same.

Pro Tip: Use your bra as a face mask for coronavirus. I have 7 people in each cup.

The Facebook-owned platform, WhatsApp has also been bombarded with fake news and insensitive jokes-- most of them sexist, and racist. These are some of the common WhatsApp forwards doing the rounds:

Dear HR
I am suffering from corona virus and request you to grant me paid leave for 20days. Otherwise I will come to office ......... 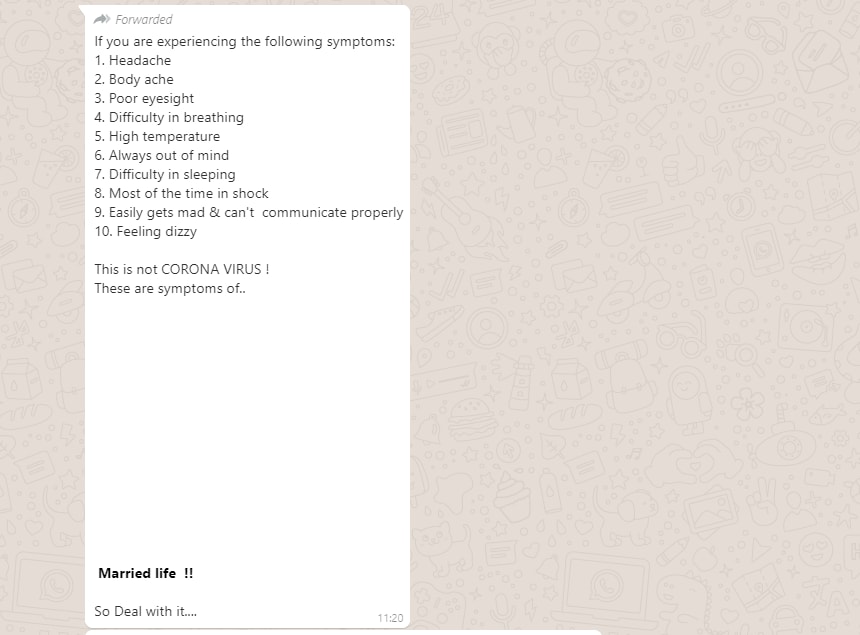 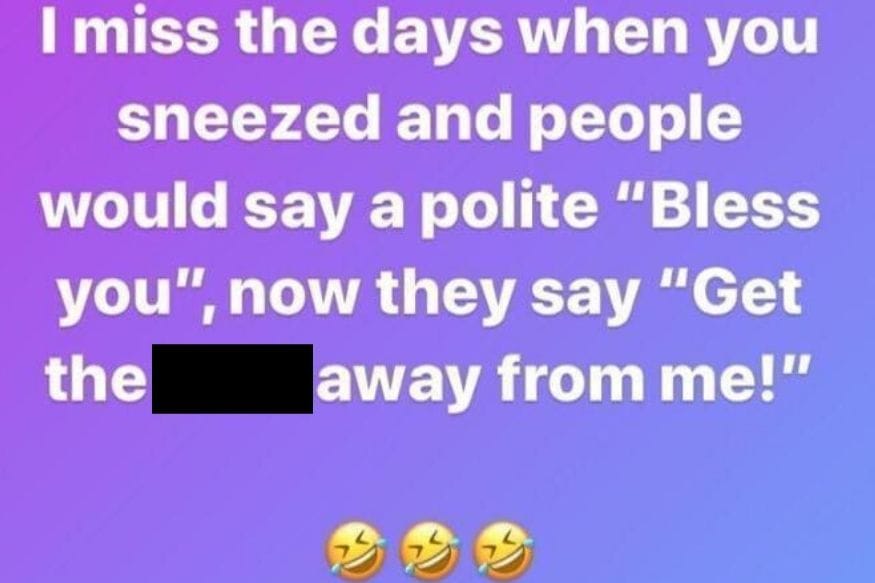 We hate to break it to you, but these jokes are just not funny. Not anymore.

Italy has put a quarter of its population under lockdown amid paranoia over the rapid spread of coronavirus which has already claimed over 800 lives in the country. In India, the number of confirmed cases also seems to be on the rise at an alarming rate. Public events, like the match between Manchester United and Arsenal, are being cancelled. The US has imposed a ban on any travel to and from Europe for thirty days. In China, the epicentre of the outbreak, thousands of deaths have been reported although the Chinese government stated that the peak had passed.

While the circumstances seem dire as ever, people around the world do not seem to be taking it seriously. This became all the more evident when Prince William, whose words have the power to influence a million individuals, publicly joked about spreading coronavirus.

Some might argue that memes may help dispel fears and prevent people from panicking. But in reality, they just make light of a situation that really isn't.
Tags: