The video shows people clapping, chanting, and taking photos as the statue of Ganesh is processed through the church past statues of Catholic saints toward the altar.

Following the church officials’ outrage, a Spanish bishop apologized for an event in his diocese during which a Hindu deity, Ganesh's idol was processed around a Catholic church.

The priest who allowed the procession has resigned from his position as Vicar General.

On 27th August, the local Hindu community from the Spanish regions of Ceuta and Melilla were carrying out a Ganesh Chaturthi procession, intended to leave a floral offering outside Our Lady of Africa Cathedral as a gesture of respect to Christians, reported Crux Now.

Vicar General Father Juan José Mateos Castro opened the doors of the church and welcomed the Ganesh procession inside. The video uploaded on YouTube had gone viral with over 60,000 views.

The video shows people clapping, chanting, and taking photos as the statue of Ganesh, the Hindu god, is processed through the church past statues of Catholic saints toward the altar.

According to a report in The Daily Caller, The Bishop Rafael Zornoza Boy later apologised in a statement from the diocese. Expressing “deep sorrow for this unfortunate fact that has caused damage, confusion or scandal in the Christian community.” The statement further added that Castro “recognizes that it has been a mistake to allow the entrance of these images and that it has never intended to venerate anything (but) our true and only God, since (his) intention was only to accept the show of respect that the Hindu community wanted to do to the Christian community and the Patroness of Ceuta, making a floral offering outside the temple, and not to celebrate any kind of religious act together.” 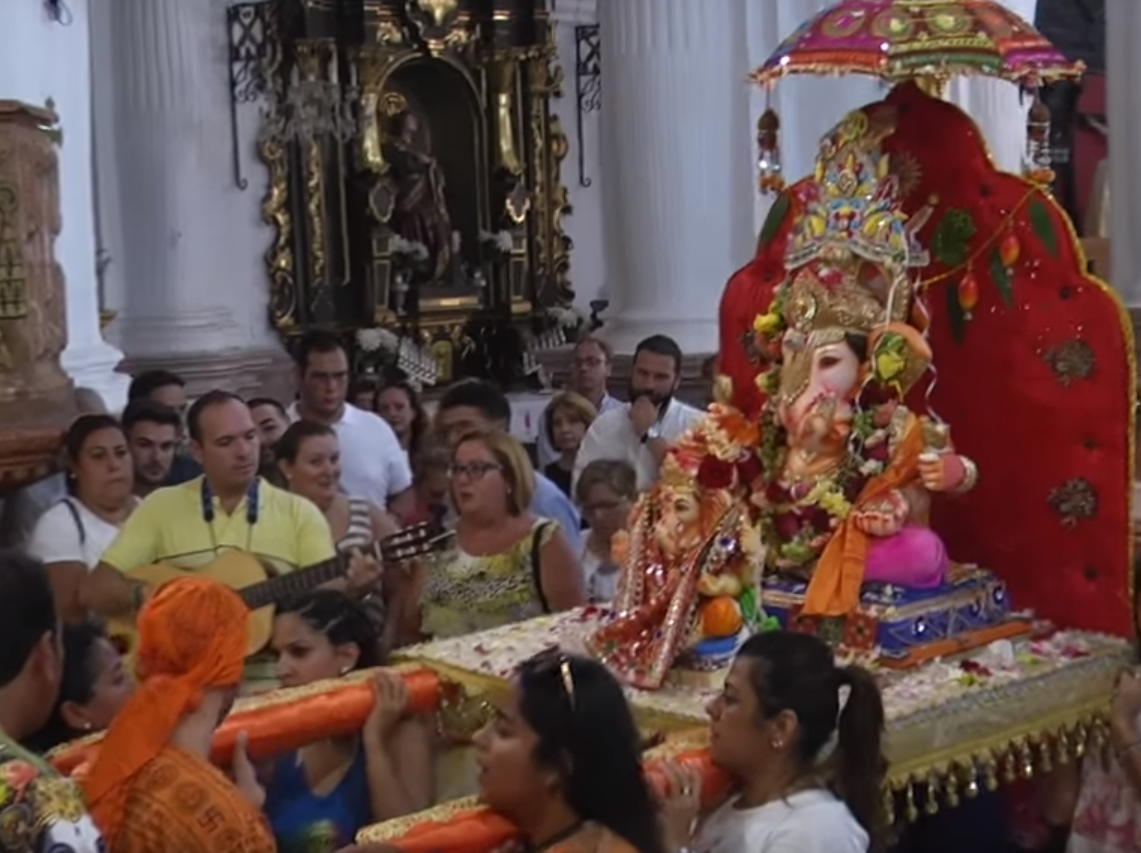 However, the statement thanked the local Hindu communities for their intention and show of respect.

“We thank them for their respect and reiterate our satisfaction with the cordial relationship with them and the other religious confessions of Ceuta, which forces us to be More and more faithful to our Christian tradition,” the statement said.