Rajasthan Royals needed 51 from the last three overs when Rahul Tewatia decided to switch gears and turned the game around against Kings XI Punjab on Sunday night in Sharjah.

Rahul Tewatia turned into an overnight Internet sensation on Sunday after the Rajasthan Royals batsman turned the game around on its head in a span of 6 balls, handing Kings XI Punjab the biggest upset seen in the IPL history.

Tewatia started out frustrating slow, something that was heavily discussed and criticised on social media by fans, but the man was far from done. 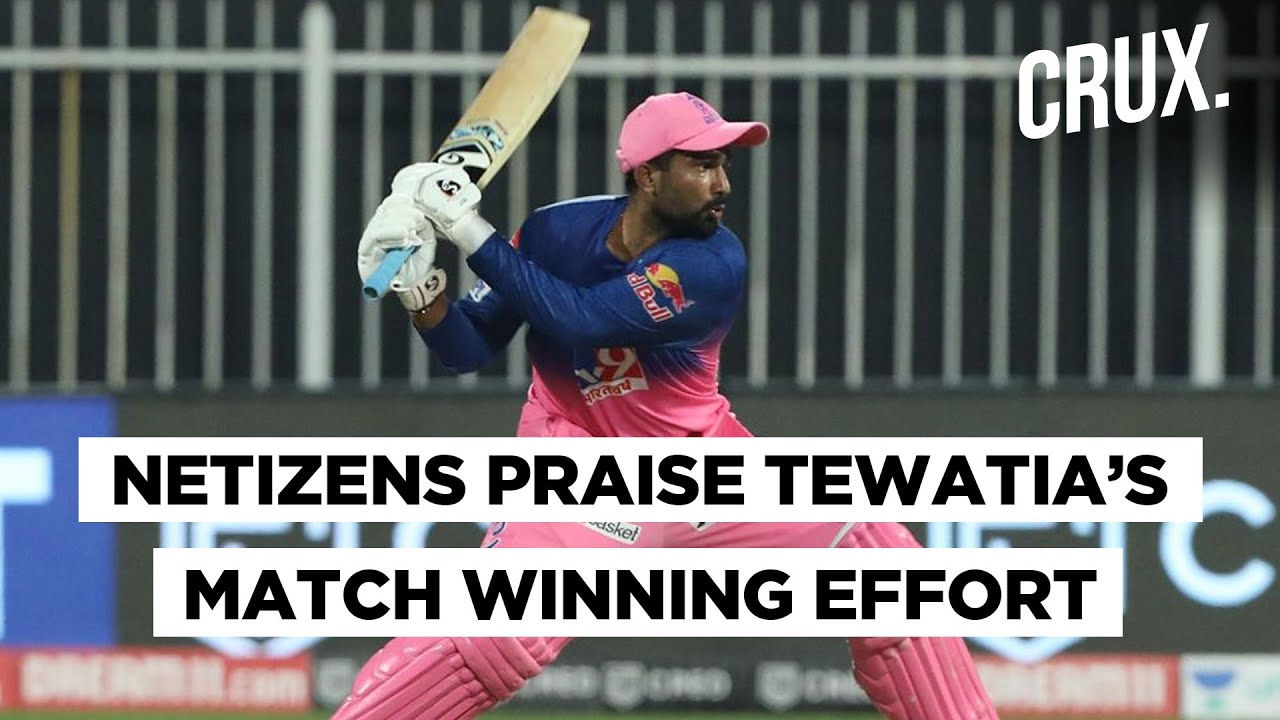 Tewatia went after the unsuspected KXIP bowler Sheldon Cottrell in the 18th over, smacking him for 5 sixes in the over. The equation came down to 21 off 12 and once Tewatia was dismissed in the 19th over, Jofra Archer (13 not out) and Tom Curran (4 not out) finished the business without any hiccups. This was the highest run chase in the history of IPL and Tewatia stole away all the limelight despite handy knocks coming from his teammates Sanju Samson (85 off 42) and skipper Steve Smith (50 off 27) and deservedly so.

Indians who had witnessed one of the finest run chases the format has seen were curious to know more about Rahul Tewatia. While Tewatia's name was trending all over social media, search engine google saw a meteoric spike in searches for the Rajasthan Royals batsman.

From Tewatia's salary in IPL to his age and hometown, people rushed to learn more about the "new" batsman in town. 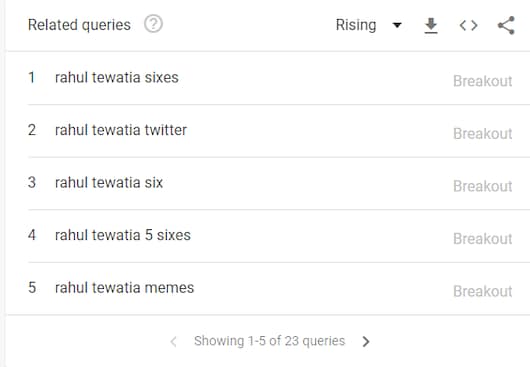 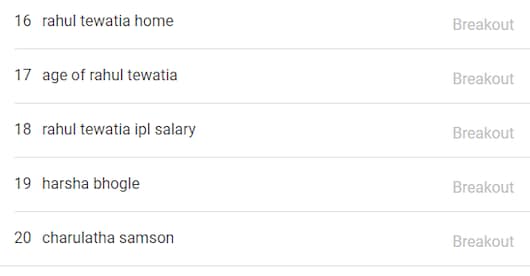 While others searched for "Tewatia memes" and the montage of his five stunning sixes in the match-changing over.

27-year-old Rahul Tewatia, a leg-spinner from Haryana, made his debut in first-class cricket in 2013. Tewatia started out his IPL journey in 2014 with Rajasthan Royals. The spinner was a part of RR squad in 2015 before he was bought by the KXIP franchise in 2017. After playing a couple of years with the Delhi side, Rajasthan Royals decided to bring the Sunday night hero back to the camp for Rs 3 crore.