Two lines from T.I's song 'Whatever You Like', have caught Netizen's attention. The lines are 'I want Joe Biden, I need Joe Biden.'

Joe Biden is all set to be the next President of the United States of America - by popular vote, at least.

Democrat Joe Biden defeated President Donald Trump to become the 46th president of the United States on Saturday, positioning himself to lead a nation gripped by historic pandemic and a confluence of economic and social turmoil.

His victory came after more than three days of uncertainty as election officials sorted through a surge of mail-in votes that delayed the processing of some ballots. Biden crossed 270 Electoral College votes with a win in Pennsylvania.

But even before the counting margin increased and sealed his win, Americans had already found that a rapper, T.I, had in a massively popular song already predicted Biden's victory -- all the way back in 2008.

Clifford Joseph Harris Jr., better known by the stage names T.I. and Tip, had made the song "Whatever You Like" back in 2008, which went insanely popular and still makes it to top hits of party low-fi mixes even today.

But two lines from the song, have caught Netizen's attention. The lines are "I want Joe Biden, I need Joe Biden."

While these aren't the actual lyrics, the real ones being "I want your body, I need your body," the way T.I sings these lines, "your body" sounds like "Joe Biden" in the song, and once you've heard it - you can't unhear it.

A tweet about this went viral - and since then, that's the only way everyone has been hearing the song.

Really, that's all you can hear once you've "heard" these lyrics.

Who knew these were the lyrics all along (@nicoletin7)

Even all the comments on T.I's video now has everyone commenting the same thing: This is Joe Biden's theme song. 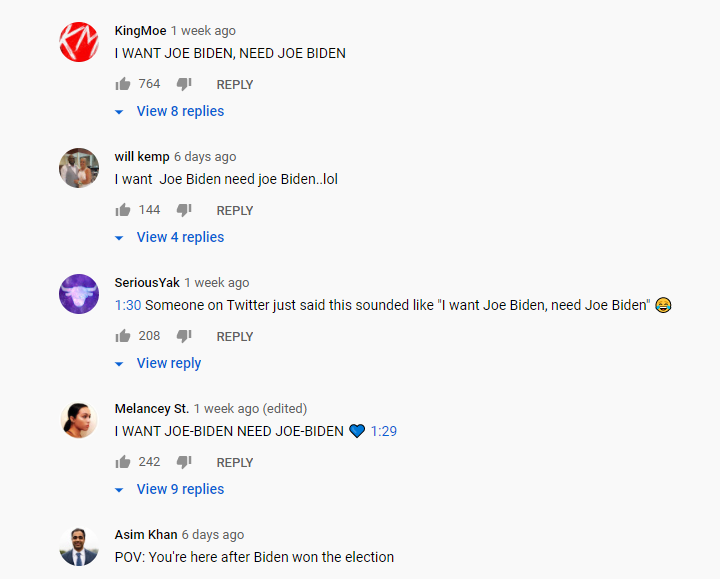 T.I in his song said, "You can have whatever you like," and turns out people really took that literally, by interpreting his song lyrics in whatever way they liked.