'Our first job is to ensure the men who apply come from decent, educated backgrounds and respect women.'

Can you buy companionship? Well, in the age of social media when physical intimacy is at a premium,  it seems you can actually pay to find it. Add to this mix a dash of mental health activism and you could have a veritable Molotov cocktail of disaster.

Despite the obvious odds, 29-year-old Kaushall Prakash from Mumbai recently launched an app with the controversial name ‘Rent A Boy Friend’ (RABF). Prakash claims his app is meant to help people with mental health issues cope with depression and loneliness.

According to the young entrepreneur, there is nothing seedy or romantic about the service, despite its borderline presumptuous name.

“All we are providing is a friend, a companion. On a paid, hourly basis. It is like any other service where clients pay in return or receiving a service. Only, in this case, the service is companionship and the objective is to help cure depression,” Praskash told News18.

A ‘cure’ for depression

RABF was launched in August this year and according to its founders, it is a service for those suffering from depression.

“A lot of people suffer from depression induced by loneliness. Sometimes, all a person needs is a friendly ear, a supportive shoulder,” Prakash said. And that’s exactly what RABF promises to offer. The former interior decorator, however, firmly stressed the point that RABF was not a dating site.

“We are not setting up prospective couples together. The relationship is of pure, platonic companionship and support. The men we train as ‘boyfriends’ are properly auditioned, and then groomed by a specialized team of doctors, life coaches and psychiatrists,” explained Prakash.

If a client wants to avail a ‘boyfriend’, they could choose from three categories – ‘Celebrity’, ‘Model’ and ‘Aam-Aadmi’. To book a ‘boyfriend’, a client has to create a login account on the official RABF app and specify a location for the meeting. Prakash clarified that the location had to be public according to the company’s policies to maintain both the clients’ and employees’ safety.

Sources from the company confirmed that both men and women could avail the service. Upon being asked why they do not provide women companions or ‘girlfriends’ too, Prakash said with an awkward laugh that India may not yet be evolved to understand the concept of paid female companionship without confusing it for solicitation.

Who are the ‘boyfriends’?

Model Suraj Dahiya, who was crowned the 2018 Rubaroo Mr India, heard about the app from industry sources. He auditioned for the job, received grooming and is now a certified RABF ‘Boy Friend for Rent’.

“I look at it as any other job. And the fact that it is helping people to feel better is what drove me to it,” Dahiya said. The model said he had always aspired to be a public speaker and loved communicating with people, and that that the job had given him an opportunity to connect with people whom he could help.

The grooming he received taught him about depression, about how to speak to people with mental illness or stress, to identify signs and manifestations of mental illness such as depression, suicidal tendencies and then provide correct advice.

Dahiya belongs to the ‘Model’ category of ‘boyfriends’ and an hour with him would cost a prospective client between Rs 2,000 – Rs 3,000. According to RABF’s policies, seventy percent of these proceeds would go to the model while the company would be entitled to thirty percent of the revenue generated per session. An ‘Aam Admi boyfriend’ would cost under Rs 1,000. Prices for celebrities varied.

The company confirmed that a number of celebrities had also been hired for the job, though they refused to reveal their names due to confidentiality and competitive reasons. The company is still in the process of shortlisting ‘Aam Admi’ boyfriends and said that it was the hardest selection category and required the most stringent screening.

Physical appearance was an important criteria for choosing ‘boyfriends’. As one of the co-founders, Dr Sonali Prakash said, not being 'good looking' could often be a ‘big barrier’ in this line of work. 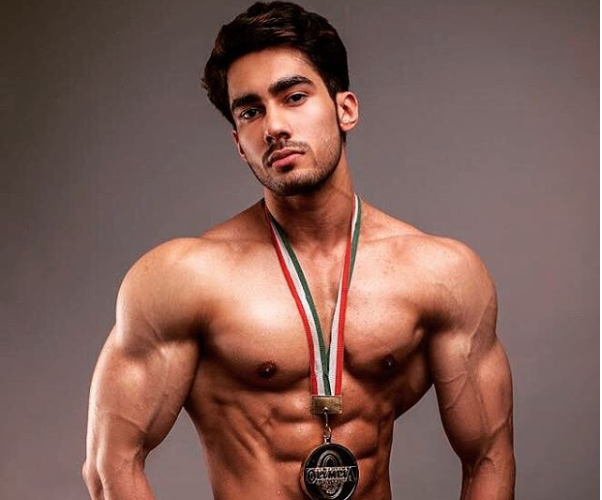 However, Dahiya stressed on the fact that the hired companions were firmly told that any personal relationship with clients, romantic or otherwise, was not possible. In fact, according to the internal policies of RABF, a personal relationship between a companion and a client is completely out of bounds. And there was no question of physical intimacy. Such an act would cost a ‘boyfriend’ their job.

“We are not being hired to give a woman or man a romantic date. Our job is only to talk to the client, understand their problems and to steer them toward getting medical help or therapy if they so need,” said the model.

However, Dahiya as well as Prakash were categorical about maintaining that it was not therapy that the companions were providing but rather a gateway to therapy if the circumstance so demands. Prakash was aware that providing therapy or giving psychiatric advice without a holding proper accreditation as a medical representative is an illegal and punishable offence.

To tread this delicate line between providing ‘support – companionship’ to the mentally ill, and providing medical help to them, the team at RABF has tied up with a team of psychiatrists. Once a client shows signs of mental illness such as clinical depression or other issues, the ‘boyfriend’ would refer the client to a psychiatrist working with the company.

Dr Sonali Prakash, MBBS, and co-founder of RABF said that the process was systematic.

“Not everyone needs therapy. Sometimes, clients just need to speak to someone after a tragedy or about a problem that’s eating they away like the death of a love done. And they feel better. But if they tell our employees, the designated companions, about any deeper problems, or even if the employees themselves figure out that the client has a deeper problem, they can help them get in touch with qualified professionals,” the doctor said.

She added that this also was part of the ‘boyfriend’s’ grooming. The medical sessions would, of course, be billed separately. 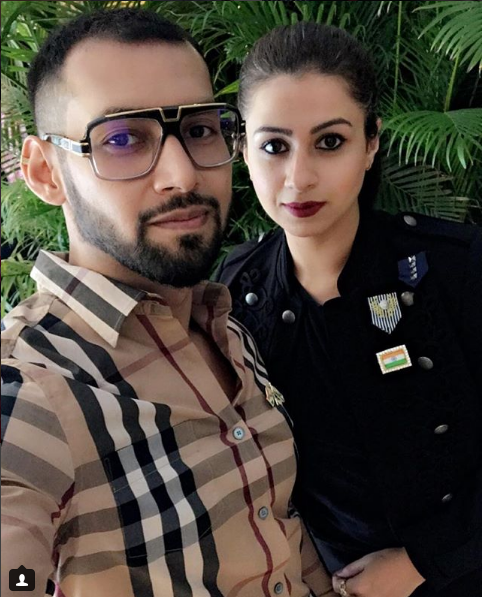 While the team at RABF seemed confident about the initiative and its impending success, claiming that the app had already received over 1,500 requests from prospective clients, mental health experts were not as pleased with the idea.

Mental and legal expert may not be as enthused by the idea of a gimmicky ‘boyfriend’ renting site providing borderline mental health services.

Practicing psychiatrist and psychotherapist Achal Bhagat opined that such initiatives could end up causing harm and exploitation of the mentally ill if conducted in an unregulated manner.

“Initiatives that try to help people with mental illness are noble but could end up causing harm. There are various things to take care of while dealing with those with mental illness such as patient confidentiality, trust and expert understanding of mental issues. Non-professionals dealing with possible patients in an unregulated manner can lay bare a landmine of dangerous possibilities,” Bhagat said.

He explained that patients could end up being wrongly advised or feeling hurt, cheated or duped with this form of interaction. "They may develop dependence on the ‘boyfriends’ or developing unnatural relationships with them," he said.

The fact that the men shortlisted for the service did not have a clear set of criteria to pass in order to get accepted also made clients vulnerable to safety threats. What if a ‘boyfriend’ decided to go rogue and take advantage of their client’s vulnerable position?

Founder Kaushall Prakash was vehement in his response.

“Our first job is to ensure the men who apply come from decent, educated backgrounds and respect women. They are then given special training. We ensure the meetings are held in public places, thus reducing the chances of any accident,” Kaushal said.

Dr Bhagat however, said that the company’s biggest problem was its name. The fact that it implied a romantic connotation is dangerous especially when the initiative is ostensibly for helping those with mental illness. If the company wanted to take itself seriously in terms of being a para-medical security net for patients or prospective patients, the first thing it probably needs is a name-change, an amused Dr Bhagat concluded.

In addition, the language used on the website of RABF, that claimed to be dedicated to helping those with mental health issues, could be interpreted as sketchy. For example, it says on the website that RABF is aimed at providing women 'comfort' and also that the 'boyfriends' were 'princes' that would treat the women who approached them as 'princesses'. The website gave the impression of any average dating site, replete with pink roses and red hearts, and a logo of a cupid aiming his bow.