Russians in Isolation are Recreating Iconic Paintings with Hilarious Twists

Image titledDonna and baby, 1460. Fra Lippe Lippe, posted by a Facebook user on the group.

The public group on Facebook has 219,782 members and has managed to grab the eyeballs from across the world for its sheer creativity in times of distress.

Marathon in the backyard, live reporting from kitchen, faking travel videos from living room. Call it mocking on themselves or coping mechanism, people around the world have put their creative best to use as Cooronavirus lockdown keeps us confined to our homes.

In one such show of creativity, Russians in isolation, like most of us, are recreating famous paintings through photographs on a Facebook group.

“Art heals,” wrote on Facebook user as she posted a personification of a famous painting featuring her daughter. Her daughter, she said has been in hospital for a month, but agreed to pose for the picture. And what stark resemblance of the two girls clad in peach dress!

Here are some of the recreated images posted on the group. 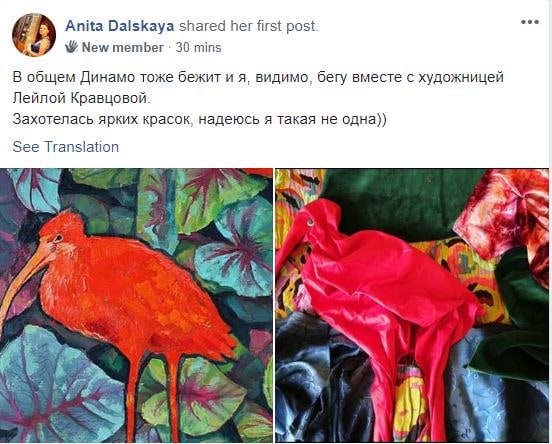 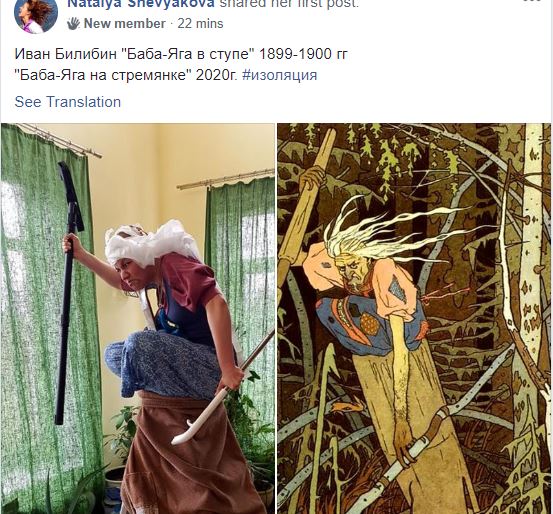 The public group has 219,782 members and has managed to grab the eyeballs from across the world for its sheer creativity in times of distress.

Russian journalist Alec Luhan took to Twitter and said the Facebook group was so far the "best thing to have come out of the Coronavirus" lockdown and posted three of his favourite pcitures from the group.

The "Isolation" Facebook group where Russians stuck at home impersonate famous paintings is by far the best thing to come out of the #coronavirus lockdown. I'm going to post my top 3 https://t.co/dy6yTTEVcb pic.twitter.com/yqM56lHrvV

The coronavirus pandemic has globally marked the one million mark and has claimed 70,554 lives so far. While the economy is in shambles, Europe has been the worst affected by the health crisis.