Rekha Sharma, Chairperson of the National Commission for Women, came under attack on social media after she met Maharashtra Governor Bhagat Singh Koshyari and discussed the “rise in love jihad’ cases with him.

“Our Chairperson Rekha Sharma met with Shri Bhagat Singh Koshyari, His Excellency, Governor of Maharashtra and discussed issues related to women safety in the state including defunct One Stop Centres, molestation and rape of women patients at Covid-19 centres and rise in love jihad cases,” the NCW said in a statement.

The NCW chief’s meeting and mention of the term ‘love jihad’ triggered outrage on social media. ‘Love Jihad’ is a conspiracy theory used to define Muslim men cajoling Hindu women into marriage with the intention of converting them to Islam.

The term ‘love jihad’ became the centre of a heated debate once again recently after a commercial by the jewelry brand Tanishq showed an interfaith couple. It shows a Hindu woman married in a Muslim family as they prepare for her baby shower as per the Hindu rituals. The ad triggered backlash and Tanishq was compelled to pull it down after its employees faced threats. 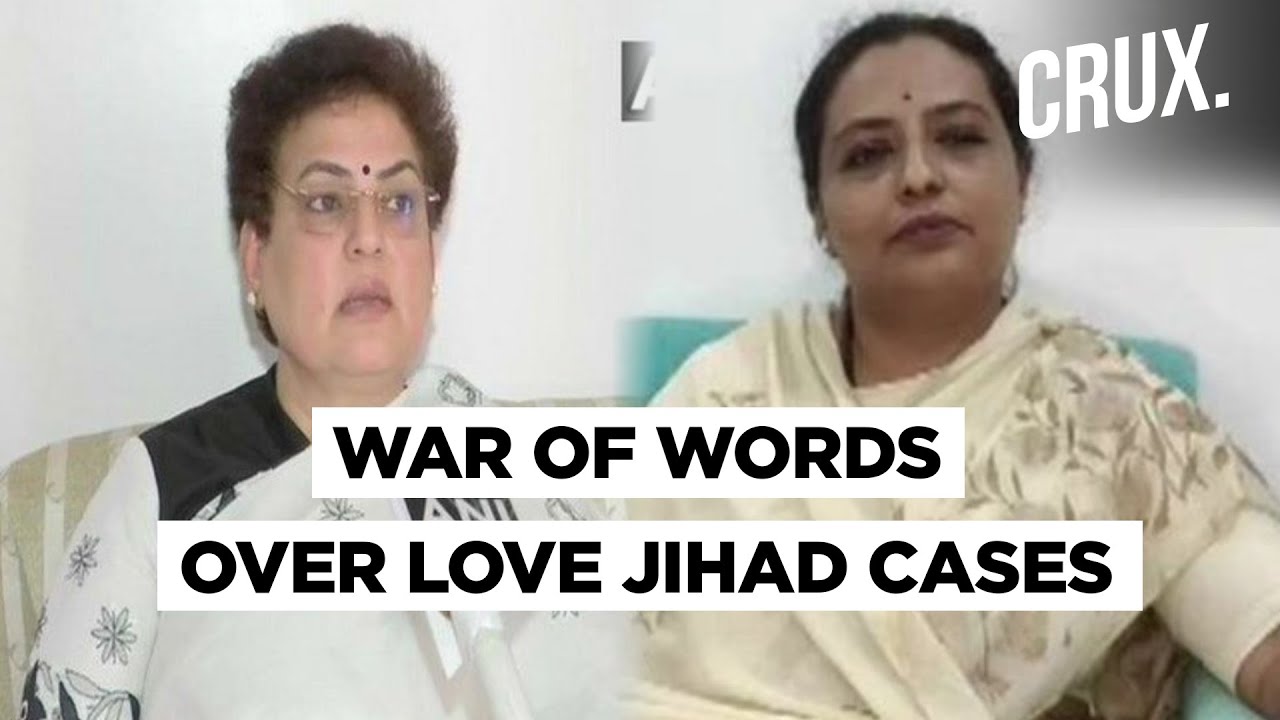 However, after her meeting with Koshyari, netizens dug out Sharma’s old tweets. The comments are in bad taste against political leaders and their families. Netizens termed her remarks as ‘outrageous’ and demanded her resignation from the post.

What’s the point of hiding your tweets now? Cannot believe that the Chairperson of India’s National Commission for Women is so deeply misogynistic and regressive! What action will NCW take against Rekha Sharma’s vile tweets? #SackRekhaSharma pic.twitter.com/k9IDPM2mLE

I am glad the nation is now demanding #SackRekhaSharma.

I was blocked a few months ago by @NCW and Rekha Sharma for demanding action against raising rape cases in UP and the misogynistic remarks about women by bjp leaders
It’s a shame women like her are heading NCW pic.twitter.com/xV5cs2XpzG

These tweets are now deleted by Rekha Sharma. pic.twitter.com/fNNLMbSVbN

The old tweets of the NCW chairperson is utterly disgraceful.

Rekha Sharma should step down from the seat of the chairperson of the National Commission for Women.#ResignRekhaSharma

In an attempt to debunk the allegations against her, Sharma later said that she did not use Twitter before 2012. However, her introduction on the micro-blogging site shows that she has been on the platform since 2009. The NCW chief has now protected her Twitter handle, even though screenshots of her tweets are doing rounds on social media.