In the now viral video, Nandgaonkar is seen telling the owner of the sweet shop in Bandra West how he hates the name because of its association with Pakistan and terrorists and wants it changed.

What's in a name? Well, apparently everything, at least for Shiv Sena leader Nitin Madhukar Nandgaonkar who recently demanded that Bandra's Karachi Sweets change its name because of its link to Pakistan.

In a video that has now gone viral, Nandgaonkar is seen telling the owner of the sweet shop in Bandra West how he 'hates the name because of its association with Pakistan and terrorists'. The owner then tries to explain to Nandgaonkar that the name was given by his ancestors because they had come from Karachi after the partition, to which the Shiv Sena leader argues that he can name his shop after anything, his ancestors or himself but not Karachi because it is a place associated with terrorists.

The owner even tries to explain to Nandgaonkar that the shop has got no connection to Pakistan's Karachi now but the latter adamantly tells him he has a problem with the name itself. He is seen telling the shop owner, "We are giving you time, you have to make the change because the name is synonymous with Pakistan, change 'Karachi' to something in Marathi."

Towards the end of the video, Nandgaonkar says to the owner that he will assist in whatever they will need to rename the shop but the name must be changed in the shop as well as in the government records. He also says that he will come visit the shop again in 15 days. 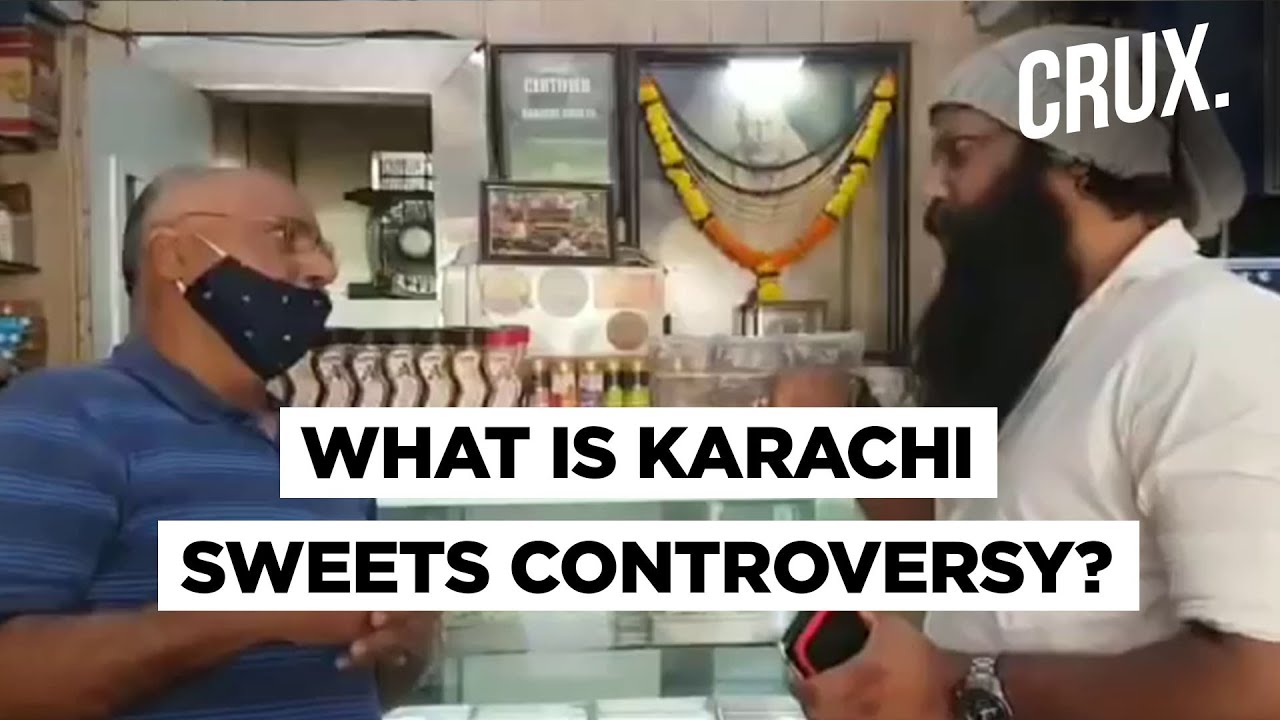 News outlet ANI who had also reported on this posted a photo where the shop owner has now covered the name of the store with newspapers.

Mumbai: The 'Karachi Sweets' shop in Bandra West - the owner of which was allegedly asked by Shiv Sena leader Nitin Nandgaokar to omit the word 'Karachi' from its name - now has the name covered with newspaper. https://t.co/yksVJcEvay pic.twitter.com/Ckedbi9SbA

Several people outraged on Twitter condemning the behaviour of the Shiv Sena leader.

Ridiculous police state Maharashtra has become under @OfficeofUT. There are thousands of monuments in Maharashtra belonging to Islamic culture, thousands of Mosques, Mazar n other islamic structures! Will @ShivSena demolish all of them? Are @PawarSpeaks & @RahulGandhi agreed?

I don't know, what's going on people's minds these days.

However, Shiv Sena MP and party senior leader Sanjay Raut took to Twitter later to defend the name of the sweet shop and said that Karachi bakery and karachi sweets have been in mumbai since last 60 years. They have nothing to do with Pakistan. It makes no sense to ask for changing their names now. He also said the demand for change is not the party's official stance.

This is not the first time the Sena leader has been in the news for a controversy. Back in February, he was held along with a member of his party when the duo had beaten a man accused of molestation and uploaded the video on social media. He was later released on bail.

Later sometime in July, he had also caused a ruckus at a Mumbai hospital, demanding a Covid-19

patient's body be handed over to relatives.