In today's hectic life, do we really have time to stop and smell the roses? Do we have the patience to stop and just look around and absorb all the tiny drops of beauty around us? No, we don't. We never do it on our own accord.

Playback singer Sonu Nigam along with the YouTube channel 'Being Indian' participated in a social experiment where Sonu Nigam disguised himself as a beggar, sat at the corner of a busy street and sang while playing a harmonium. 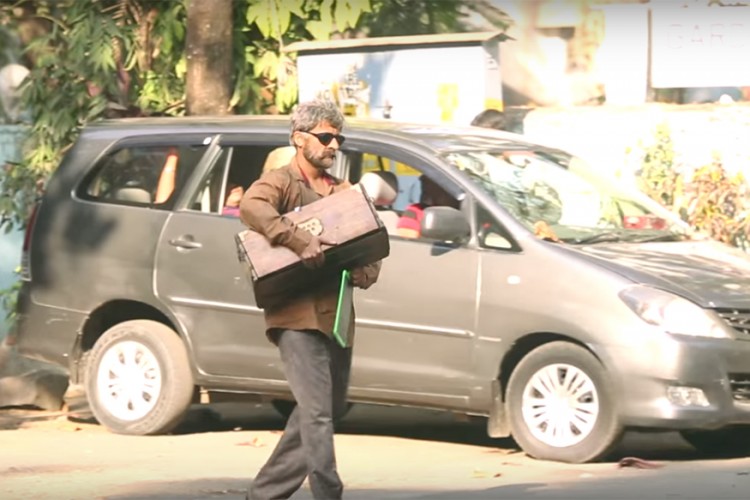 It took a while, but people slowly noticed him and gathered around to enjoy his angelic voice singing the most melodious of pieces. Some gave him money as alms, others recorded him on their phones. One young man, after his performance, asked him if he'd eaten anything, and quietly handed him twelve rupees. Sonu did not reveal his identity to anyone, though it is totally unbelievable how no one recognozed one of the most famous voices in our nation. One thing is for sure though, for Sonu Nigam, it was a unique experience. He was totally humbled by the twelve rupees the man gave him to buy food. For him it was like lakhs of rupees at that moment. He has framed the twelve rupees and hopes to run into the kind stranger someday, so that he can repay him.