National Geographic magazine's cover for June 2018 featuring a plastic bag partially submerged in water had gone viral on social media after a senior editor shared the illustration on Twitter.

With many calling the cover "brilliant" and "thought-provoking", the illustration showed a plastic bag resembling an iceberg, suggesting that the world’s plastic pollution is “just the tip of the iceberg”.

Titled "Planet or Plastic?" the Nat Geo cover referred to the usage of plastic around the world and the threat it posed to our environment. 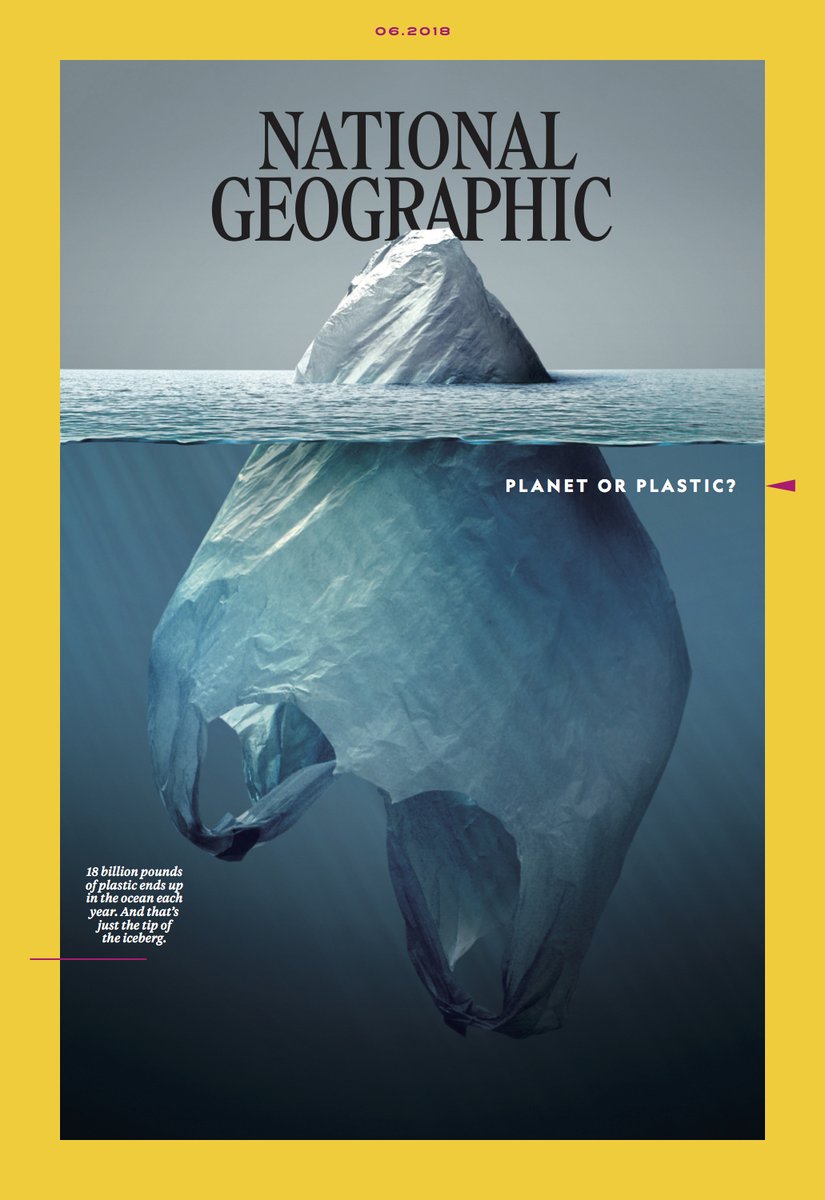 The magazine’s senior photo editor Vaughn Wallace tweeted the cover last month and called it “one for the ages”.

The illustration captured the attention of thousands online.

National Geographic outdoes itself with this brilliant cover and a dire warning. Planet, or plastic?@NatGeo pic.twitter.com/IifT4xOrL7 — Saikat Datta (@saikatd) May 17, 2018

When a Twitter user-- @sammy7000 pointed out the irony in the packaging of the magazine-- that always comes with a plastic wrapper-- the Nat Geo editor Wallace, in an interview with Greenpeace Ocean's campaigner Lousie Edge, assured that the magazine will do away with the plastic wrapper and use paper for the purpose instead.

Starting with this June issue, we've gotten rid of the plastic wrapper and replaced it with paper. — Vaughn Wallace (@vaughnwallace) May 16, 2018

But when Luiz Rocha, who goes by the Twitter handle @CoralReefFish ordered the celebrated edition, nothing had changed in the packaging. The Twitter user shared a photo of the magazine delivered not in one but two layers of plastic wrapping.

"Humanity in a nutshell, the @NatGeo magazine about ocean plastic pollution comes wrapped in a plastic bag inside another plastic bag. Photo Roger Bassetto," Rocha wrote on his Twitter page.

Mine, in the UK, came in plastic, but this is certainly representative of the problem. How do we go from intellectual awareness to actually doing things differently? — Martyn Steiner 👨‍🏫 (@martynsteiner) June 11, 2018

The brand, quick on its feet, replied to Rocha's tweet by stating that US, UK, and India have switched to the paper mode and other regions would soon be following the suit.

Appreciate your concern! The US, UK, and India editions have switched to paper wrapping and the rest of our global editions are on course to follow suit. — National Geographic (@NatGeo) June 11, 2018

Others who had their magazines delivered in the paper bag were happy to share their experience.

Not mine... I wonder if it's a difference between the USA and international editions? pic.twitter.com/Hi1efzaGpX — Elizabeth J. Sbrocco, PhD (@EJSbrocco) June 10, 2018

This edition was the first Nat Geo in America to come wrapped in paper instead of plastic. Maybe this is a location thing. Maybe something happened to the original wrapper during shipping. Here’s mine: pic.twitter.com/hM70ryZJ4b — Avery Chipman (@AverysEvilTwin) June 12, 2018

We are hoping Nat Geo's plastic packaging dies a slow death in the rest of the globe as well.