The explosion shakes the building violently and father pushes the son under the table to keep him safe in case the house collapses.

Buzz Staff
Lebanon's capital city was rattled by a huge blast on Tuesday sending shock waves across the city. The impact of was felt even far from the site of the explosion, with balconies collapsing and windows blowing away.

Citizens shared the visuals of the blast showing a mushroom rising in the sky with an explosion and shaking everything around it. Footage from people's homes, far from the site of explosion, showed buildings rattling and glasses windows blowing out due to the impact of the explosion.

Also Read: Bride Running for Her Life in the Middle of Wedding Shoot Shows Horror of Beirut Blast

One such video was of a father son duo in their living room as the building trembles. The terrified son clings to his father and he tries to pacify him in his arms. However, moments later the explosion shakes the building violently and father pushes the son under the table to keep him him safe in case the house collapses.

Here is the heart-wrenching video:

😳 😳😳😳😳 Watch how this brave father protects his son during today’s explosion in Beirut. Praying for Beirut and rest of the world 🙏🙏 #beirut #lebanon #prayforlebanon pic.twitter.com/BNYaxudP5p

The video was shared by multiple people on social media. Another video showed a migrant domestic help grabbing the toddler playing on the balcony as the impact of the blast shook the balcony and things around almost flew around.

#BeirutBlast #beirutexplosion#Beirut #Lebanon
My heart goes for this African maid, who ignored her own life, and tried to safe her employer’s child.
Not all angels have wings 🕊 #BeirutExplosion #لبنان #Beirut pic.twitter.com/IfkhDN2iOZ

Residents of Beirut awoke to a scene of utter devastation on Wednesday, a day after a massive explosion at the port sent shock waves across the Lebanese capital, killing at least 100 people and wounding thousands. 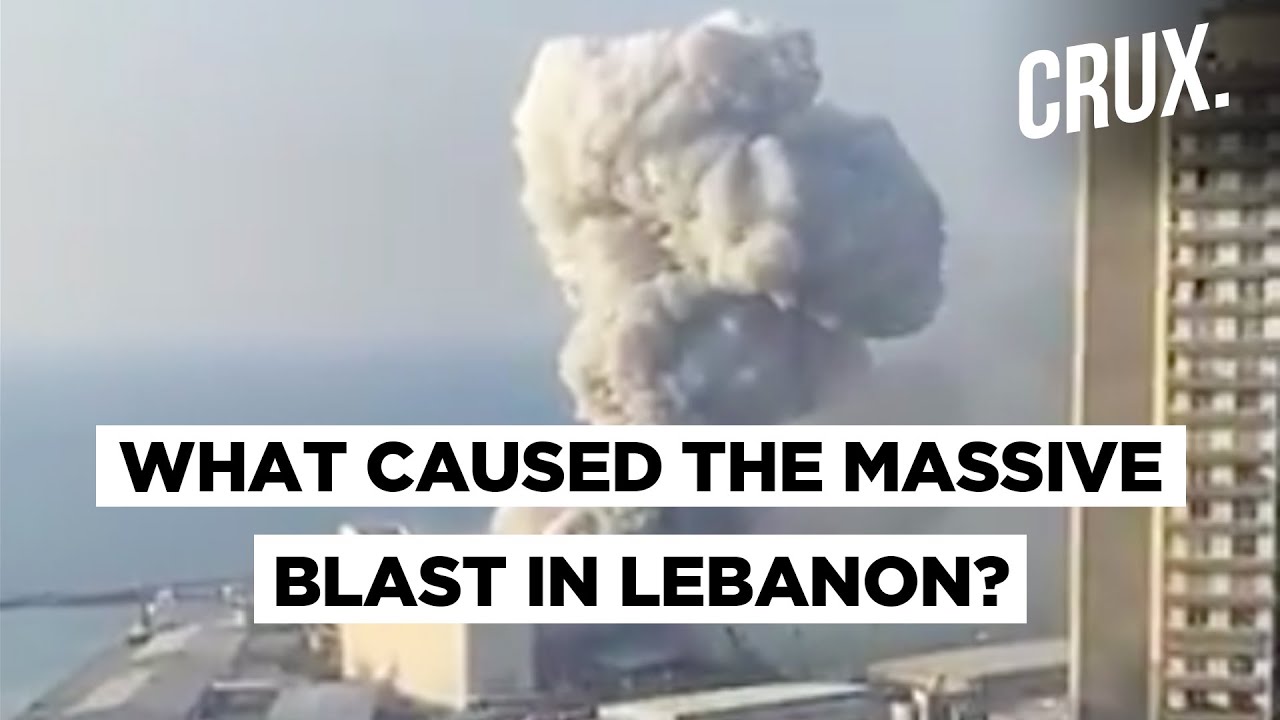 Smoke was still rising from the port, where a towering grain silos had been shattered. Major downtown streets were littered with debris and damaged vehicles, and building facades were blown out. At hospitals across the city people had been waiting all night for news of loved ones who had gone missing or were wounded. Others posted requests for help online.

An official with the Lebanese Red Cross said at least 100 people were killed and more than 4,000 were wounded. The official, George Kettaneh, said the toll could rise further.

It was unclear what caused the blast, which appeared to have been triggered by a fire and struck with the force of an earthquake.
Tags