Not sure if 'Game of Thrones' or 'Dr Who' any more 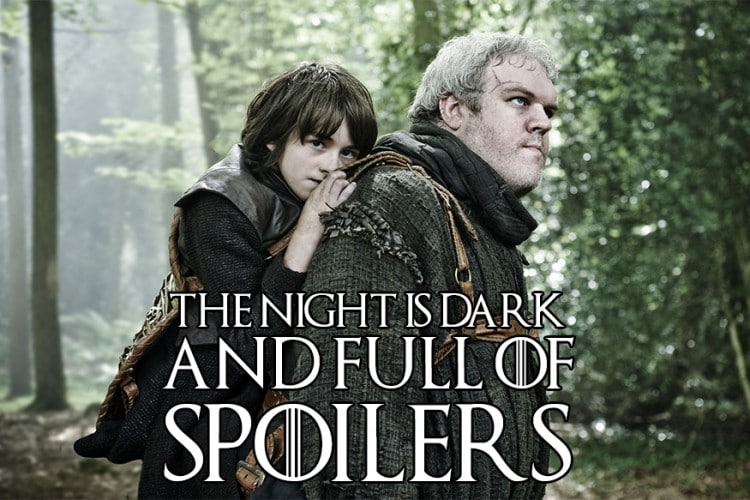 In the latest episode of 'Game of Thrones', we got to witness something that was truly unexpected in a series where we've resigned to unexpectedness. Time travel. Yes. GoT now has time travel happening in it and there is officially no limit to how things can get crazy in that show any more.

In the 5th episode of season 6, we see Bran who is already inside a vision with the three-eyed raven using his abilities as a warg to get inside the head of a young Hodor, to control the grown-up Hodor outside the vision. Man that is complicated. But he does that and we finally get to see how exactly did Hodor the gentle giant get his name and turn into a simpleton. Brans thought "hold the door" took hold the mind of young Hodor, to the point that he could no longer say anything other than that and the words mutated to form the only thing he could say and his identity.

It was heart-breaking to see Hodor die to protect Bran and how Bran was the reason why Hodor was the way he was, but once you get over the sadness a little bit, you get to understand the infinite possibilities that Brans abilities bring into light.

A reddit user called 'Lycosnic' came up with an insane fan theory that changes the very idea of how we have viewed the show and the events that have taken place so far.


[EVERYTHING] Tonight's implications on the Mad King's madness. from gameofthrones

The theory opens up endless possibilities as to where and how Bran may have affected the history of Westoros and the land across the narrow sea. For example:


Comment from discussion [EVERYTHING] Tonight's implications on the Mad King's madness..

Comment from discussion [EVERYTHING] Tonight's implications on the Mad King's madness..

If one does consider all these things, one can consider the notion that Bran is ultimately the one who controls the whole fabric of the universe. Whether or not he means to, he affects the present and the past and the future through his actions. Bran as the three-eyed raven is more powerful than any Time-Lord the world has seen. So, is the 'Game of Thrones' ultimately just a delusion that mortals indulge in and the true Song of Ice and Fire is controlled by someone who is yet to figure out the extent of his powers?

I think we all need a moment to wrap our heads around this.