This GIF of Daniel Radcliffe Transforming into Elijah Wood is Hypnotic

They are the same people!

Of all the celebrities in the world, the ones most commonly mistaken with each other are Daniel Radcliffe and Elijah Wood. It's not that they look very much alike. If one looks closely, they do look quite different. But because they have worked in similar projects in the same time period, people have created the idea that the 'Harry Potter' star and the 'Lord of the Rings' star share the same face.

Actor Daniel Radcliffe has addressed this issue in the past in a Reddit AMA. "I have signed a picture of Elijah Wood and I think we've also both said in interviews that we would like each other to play each other in films of our lives, but I was on a red carpet in Japan, and this Japanese man gave me a picture of Elijah, and I knew I wasn't going to get past the language barrier to explain, so I wrote 'I am not Elijah Wood, signed Daniel Radcliffe.'"

But all that aside, the internet still likes to poke fun of the fact that they do look similar. Reddit user JamAndPickles created a GIF of Daniel Radcliffe transforming into Elijah Wood, or is it the other way round? Either way, the GIF created the most hypnotic effect and you will for a moment get confused as to who is who. But this isn't the first time something like this happened. Another Reddit user XxKittenMittonsXx had created something similar last year and as the one before, this too is on point. 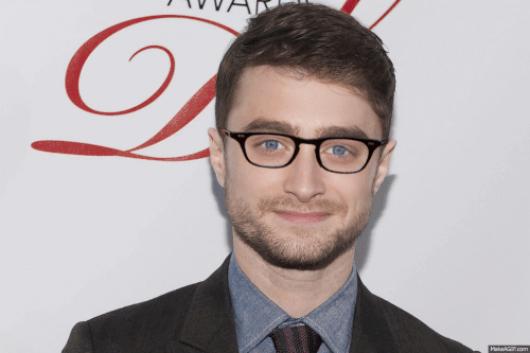