This Independence Day, Some Maharashtrians Showed Their Patriotism By Cleaning Up a Waterfall

Led by environmental group Environmnet Life, he group, 45 local volunteers including children and the elderly, fished out 250 kilograms of garbage from Khargar Drive Falls just outside of Mumbai

Mumbai: While most of the country was busy celebrating the 72nd Independence Day with patriotic selfies and flowery salutations to Mother India, a group of young nature conservationists decided to use the occasion to make a real change.

Mumbai based environmental organization Environment Life led a cleanliness drive on August 15 to clean up an entire waterfall in Maharashtra’s Khopoli.

Called Khargar Driving Range Falls, the naturally occurring waterfall is one of many such formations sprinkled across the state that has traditionally delighted locals and been essential to maintaining the ecological balance of the Maharashtrian countryside.

However, in the past decades, these natural attractions have seen a gradual decay in terms of their beauty and serenity, thanks to littering humans.

“People come to enjoy the beauty of waterfalls, to feel peaceful. But then they leave behind their remains in the form of plastic food packets and bottles. Even glass bottles,” Dharmesh Barai, head coordinator of Environment Life said.

Every day, tourists dump a motley of plastic bottles, plates, cups, cutlery, crisp and chocolate wrappers, along with glass bottles, cigarette butts and other kinds of human waste at these waterfalls. Since these areas are generally rocky as well as grassy, these items become hard to remove from the area.

Barai, who has always been a fan of nature and the countryside, wanted to give back to nature by cleaning up such waterfalls. 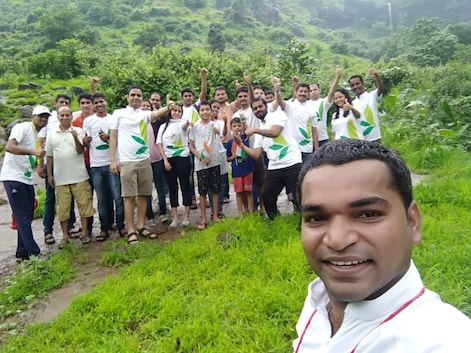 “Waterfalls are especially calming. It’s something about the fresh water, the sounds. Such locations should be maintained both by citizens using them and governments in charge of their protection,” Barai said.

On Wednesday, the group, along with about 45 local volunteers including children and the elderly, fished out 250 kilograms of garbage. According to Barai, this was the twelfth waterfall that the group had cleaned up and so far they had collected nearly seven tonnes of garbage. 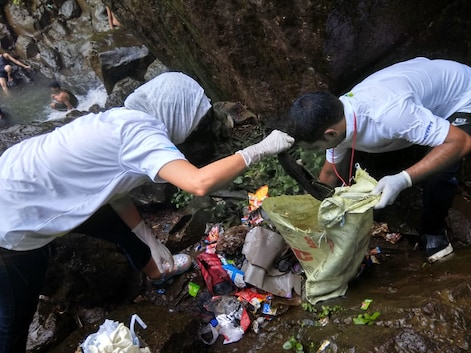 “It is important to teach children the importance of conserving nature. That is why I was eager to participate in the cleanup and also encouraged my wife and two sons to join in. We had a lot of fun and all in the service of nature,” Khargar local Pawankumar Lolekar said.

His two sons Prajjwal and Kshitij Lolekar aged 13 and 9 were present at the drive and encouraged their friends to come too. The Lolekars, who live just a kilometer from the waterfall were one out of many families that were part of the clean-up crew.

In keeping with the spirit of Independence Day, the organisers of the drive decided to dedicate the clean-up effort to martyred Major Kaustabh Rane, who lost his life in a security operation last week.

Environmnet Life started cleaning up waterfalls after its members including Barai noted that the natural waterfalls in the state were bogged down by intensive littering.

“There are no dustbins, no toilets, no instructions or patrolling guards. These places often become hubs for anti-social activities and haunts for youth wanting to drink some liquor. The problem is they leave all those bottles behind,” Barai said, adding that broken glass bottles were the most difficult to collect and could even cause injuries. 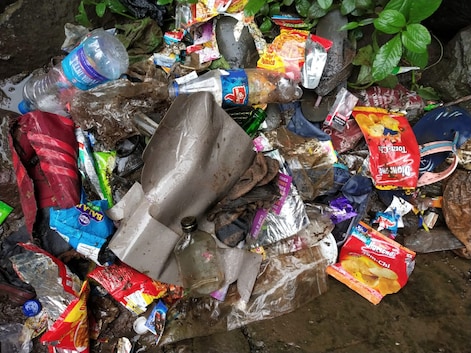 In the last two years, the group has cleaned 12 waterfalls. According to Barai, the group has recently filed for NGO registration so that they can take their cleanliness campaign national.

In the past months, Maharashtra government stepped on the pedal for environmental conservation, banning plastic in the state by enacting the Maharashtra Plastic & ThermocolProducts Act, 2018. In August, the Fadnavis government also announced a buy-back scheme for plastic bottles and other kinds of plastic waste. However, experts have often pointed out that India’s garbage problem is not one of lax rules but of public apathy.

With efforts such as communitarian cleanliness drives, locals like Pawankumar Lolekar and hope to bring about a change in the mentality of people whose concerted efforts alone can save and preserve the beauty and benefits of nature.