This Man's Incredible Balancing Act Has Left The Internet In Splits

On any given day, the people who brighten up your Twitter timeline are not the PR dominated handles of Bollywood celebrities. Even the stand-up comics shy away from dropping jokes online which, quite understandably, be their next gig's material.

It is that meme about Modi or that joke about Rahul Gandhi from self-called "comics" that has helped you stick to the microblogging site Twitter for years.

The newest meme to surface on the platform is that of a man balancing himself atop rocks in an attempt to not get wet. Little did he know, his complex pose for a photograph could become an overnight meme.

The photograph spread like wildfire and Twitterati turned creative.

*When she wants to know what's a Cosine Wave but you don't have a pen and paper to show her!* pic.twitter.com/cZ89MOm2zM — Ronit Velari (@ronit_velari) August 19, 2017

When you fell down on the road but your crush is watching pic.twitter.com/mt0vluYrtA — Manish 🇮🇳 (@Man_isssh) August 18, 2017

When your job is shit but when your relatives ask "Beta kaam kaisa chal raha Hai" pic.twitter.com/J1DnyceXV9 — Aladdin (@Alllahdin) August 18, 2017

Haters will say this is photoshopped. pic.twitter.com/UalR5okrXV — ㅤ (@FindKito) August 18, 2017

The viral meme somehow reached the Jolly L.L.B. actor Arshad Warsi who couldn't resist from sharing it from his official Twitter account.

The Internet had no plans to stop.

A Facebook page that is popular for its memes and "dardnaak" puns -- Tribe of Dardanaak Jokes had a photo battle of sorts and man, did they deliver. 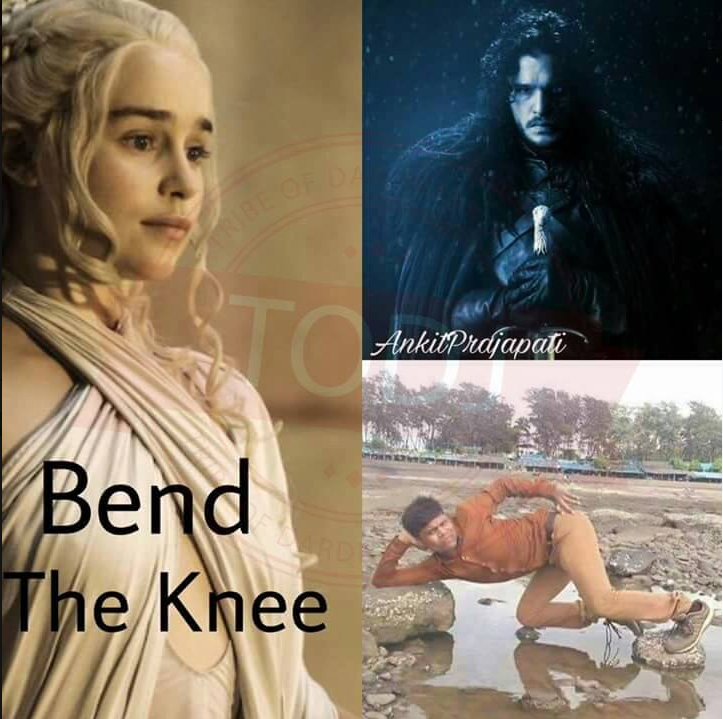