Shiva has made a pulley system using rope and a bucket while he isolates on the tree top. He is sent the food and other essentials using that by his family members.

In far-flung villages in modest homes, a much more serious yet prevalent problem has been the lack of space to isolate and in Telangana’s Nalagonda district, an 18-year-old guy Shiva built himself an isolation ward, a bed rather on top of a tree on the area near his house, using bamboo sticks tied to the branches. A resident of Kothanandikonda, a tribal village in the interiors of Nalagonda district, Shiva tested positive for the coronavirus on May 4 and volunteers in the village told him to self isolate away from his family. But Shiva’s entire family lives in a small space and there was no way the young man could’ve been able to isolate without affecting his family. So he came up with the unique plan, The Print reported.

So far, Shiva has spent 11 days on the tree. His village, Kothanandikonda has 350 families but there is no nearest primary health centre (PHC) and one only 5 km away. Villagers also said the nearest hospital is 30 km. He is a student pursuing a graduate course in Hyderabad and had returned home after cases rose in the city.

Although an isolation centre was very recently opened up in the district on May 13 but very few have knowledge of the same and thus have to devise their own methods to isolate. 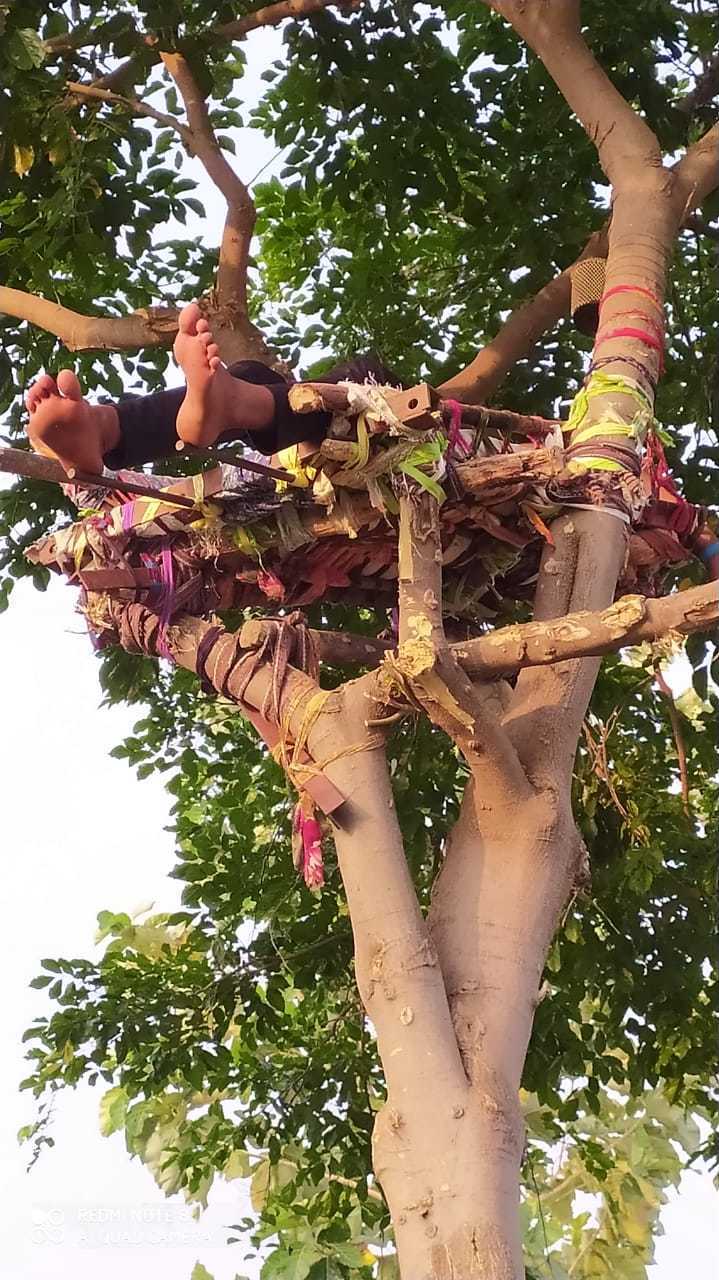 Last year immediately after the lockdown was imposed across the country and migrant workers went back home after the establishments they worked at closed down, there were several such instances brought to light where workers devised such ways to isolate themselves, especially due to lack of space at their homes. Seven tribal migrant labourers, who returned to their homes in Purulia district in West Bengal from Chennai, quarantined themselves on banyan and two mango trees. Since the workers’ families lived in a single room mud hut, they decided to isolate separately on trees as they didn’t want their families to contract the disease. The 7 arranged seven bamboo cots and mosquito-nets atop trees and stayed the duration of 14 days.

Coming back to Shiva, the 18-year-old has made a pulley system using rope and a bucket for his use while he isolates on the treetop. He is sent the food and other essentials using that by his family. Shiva, isn’t the only one who has been forced to built something separately to isolate. Many in his villages reportedly have isolated in bathrooms, makeshift huts and devised similar such methods to quarantine.