Twitter is 'Chock-a-block' With Pollution Puns as Delhi Chokes on Poor Air, AQI Degrades to Severe

The internet was flooded with jokes and comments on the poor quality of air.

Even as Delhi celebrated the occasion of Dussehra with huge fanfare and burnt effigies of Ravana on Sunday, Delhi's air quality continues to be in the 'very poor' category even on Monday as the overall air quality index (AQI) was recorded at 349. The slight increase in AQI was noted with a rise in concentration of both PM10 and PM2.5 pollutants.

The Ministry of Earth Sciences' air quality monitor, System of Air Quality and Weather Forecasting and Research (SAFAR)said on Sunday that some locations entered 'severe' zone but that will be short lived as winds are expected to increase slightly. 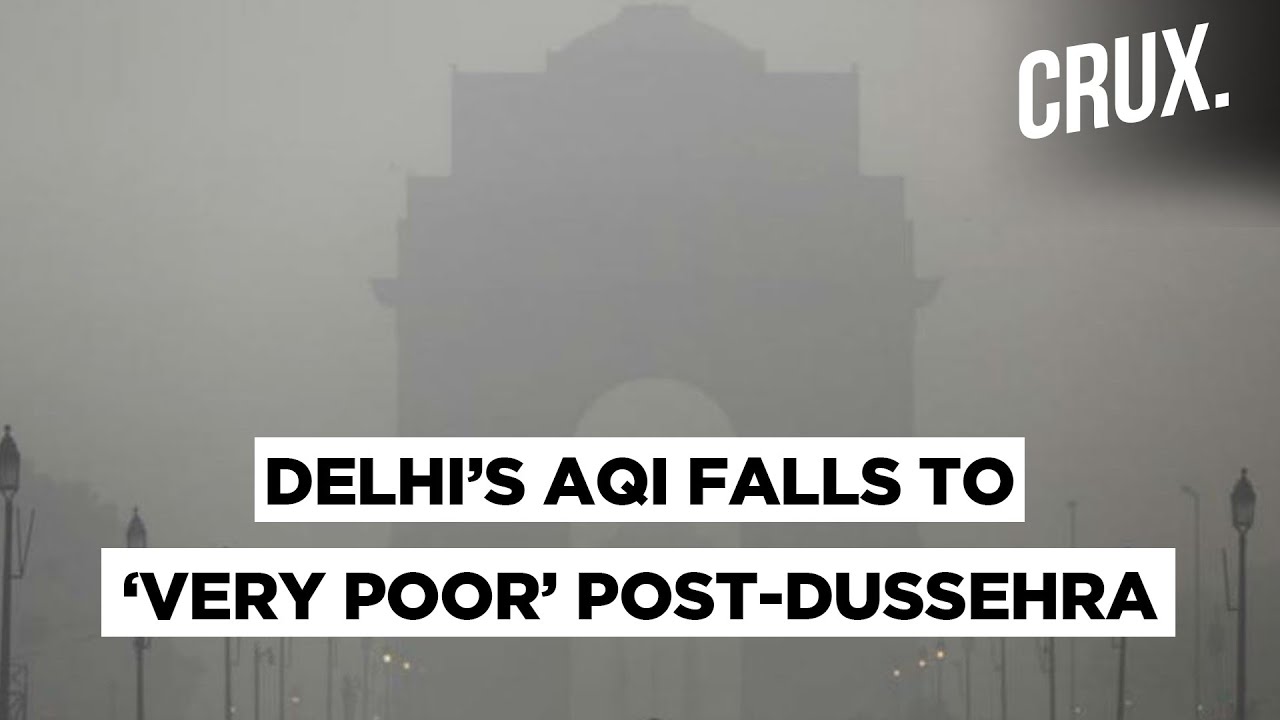 The terrible air conditions resulted in netizens expressing their concerns for the city and reiterating how the advent of the Dussehra and then Diwali plunge the city into throes of pollution. Several of them took to the social media platform to express their indignation through sarcasm. Check out a few reactions here:

It makes more sense to give 30% of my income to Elon Musk than to the govt. If I must suffer from toxic air, at least it would be on a new planet. #DelhiAirQuality

My father is an asthmatic patient. I remember during 90s my father was advised to be posted in Delhi to better his health conditions. Today, I am glad that he never shifted here. #delhiairpollution #DelhiAirQuality #dyingdelhi

#AirPollution is hitting a high & adversely affecting #DelhiAirQuality#CoronaVirus too hitting a high in #DelhiDo we have a Govt here..??#Governance https://t.co/RWVVwoIGGZ

Given the #DelhiPollution we really have to stop the need for fireworks! Why not just get yourself a plant to commemorate the victory of good over evil. #PollutionControl #pollution #Delhi #DelhiAirQuality #delhifightspollution

@PrakashJavdekar @ArvindKejriwal How are you allowing crackers and effigy burning in #Delhi ? Can't you see citizens choking up? Is this really what good over evil teaches us? What is wrong with you? @CPCB_OFFICIAL #letdelhibreathe #DelhiPollution #DelhiAirQuality

Parents will spend hours with kids to make outstanding "No Pollution" posters and then give them 5000 rupees to buy Murga Chaap Crackers. #DelhiAirQuality #DelhiPollution #Dussehra #Diwali2020