Mahfooz Alam, from Kulgam district in south Kashmir, has set a new record by climbing Everest along with Kupwara soldier Havaldar Muhammad Iqbal Khan and five other climbers.

The achievement by two Kashmiris Mehfooz Ellahi of Kulgam and Army Man Havaldar Iqbal Khan of Kupwara is considered to be special for Jammu and Kashmir. To scale the world’s highest mountain peak and to be on top of the world is everybody’s dream, but very few people became able to achieve this dream. 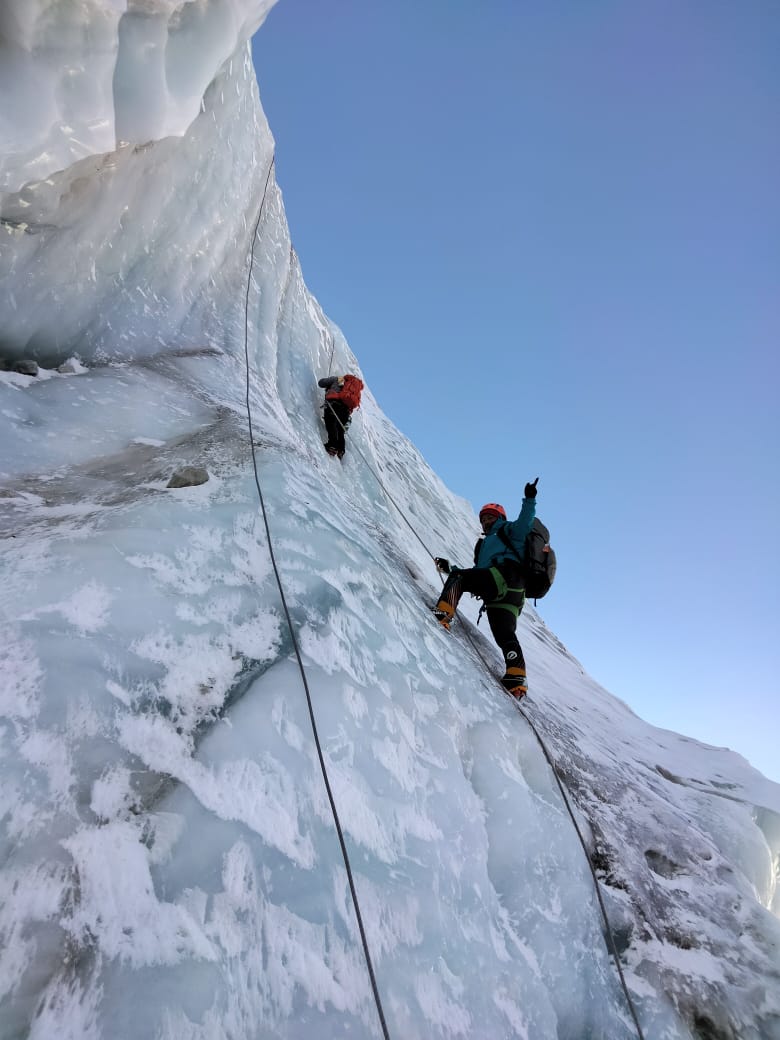 According to Iqbal Khan, the journey was full of difficulties, but the spirit of enlightening the name of Jammu and Kashmir did not dampen his spirits and he finally achieved this difficult goal with climbers from different parts of the country.

The two national organizations, led by Colonel O.S Thapa, along with Colonel Amit Bisht and other members, met the goal of climbing Mount Everest. Colonel Thapa, who is also the principal of the Jawahar Institute of Mountaineering and Winter Sports, said that the team faced two cyclones and several snowstorms during the most difficult journey, but the team did not lose heart. For the first time, the national flag, as well as the flags of the two national institutions, were flown at an international summit.

According to Colonel Thapa, his team consisted of 6 soldiers while Mahfooz Elahi was the only civilian in the team. But the way Mahfooz has met this challenge shows that there is no dearth of talent in Kashmir, but very few young people are attracted to mountaineering and very few people know about the Jawahar Institute of Mountaineering. ۔ According to Colonel Thapa, the youth should come forward for adventure and mountaineering so that the talent of Kashmir can be exposed at the international level.

While Kashmiri soldiers played a significant role in raising the flag of success in the Mount Everest expedition, this successful expedition is considered to be very beneficial for Kashmir. Uttrakhand Army Havaldar Chandra Negi, part of the team, said that climbing Mount Everest with Kashmiri Mountaineers is an unforgettable experience. He said that it was a joint effort carried out by the entire team with courage and enthusiasm, but the biggest thing was that we understood the bond of oneness and togetherness of India during these days. Negi said Kashmiri people are not only beautiful but they are also beautiful at heart and a great example of courage and passion.

Meanwhile, former Chief Ministers of Jammu and Kashmir Mehbooba Mufti and Omar Abdullah as well as CPI (M) leader Muhammad Yousuf Tarigami have congratulated Mahfooz and Iqbal Khan and termed them as the real identity of Kashmir.

Pertinently before Mahfooz Elahi, Nahida Manzoor had the honour of being the first woman in Kashmir to climb Mount Everest. While as Jammu and Kashmir Light Infantry soldier Manzoor Ahmed of Kuchpora Anantnag has also scaled the world’s highest peak. In that context, it is hoped that the youth of Jammu and Kashmir will follow this path and make a name for themselves not only in the country but also internationally.