The genesis of this increasing sense of self-preservation among Indian women can be traced to the aftermath of the gruesome 2012 'Nirbhaya' rape and murder, the details of which continue to churn the nation's guts after half a decade.

As the sun glowed orange during that last hour between day and dusk, 12-year-old Shweta, Ilma and Muskan hurriedly made their way inside a cramped hall behind Mahamaya Sporting Stadium near Islam Nagar in Ghaziabad.

The three girls, with identical bobbed hair, were running late for Parvez Ali's judo class which takes place every evening at 6 without fail. Except for Sundays when 'Parvez sir' allows his little warriors to rest. 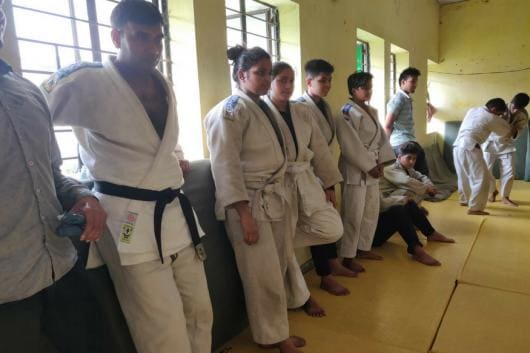 Parvez Ali’s free self-defence classes have been on since 2013 and have become extremely popular in Ghaziabad. The martial arts expert now has around 50 girls learning judo from him.

“I used to learn martial arts from sir as a child but then I quit. Lately, the changes in my environment have compelled me to return. I need to know how to defend myself,” says 28-year-old Rakhi.

The genesis of this increasing sense of self-preservation among Indian women can be traced to the aftermath of the gruesome 2012 'Nirbhaya' rape and murder, the details of which continue to churn the nation's guts after half a decade.

Parvez Ali's training workshops, which started as a reaction to the incident, are proof.

Justice may be done in the ‘Nirbhaya’ case with the Supreme Court upholding the death sentence given to three of the four accused, but women in the country continue to feel unsafe.

Recently, a Thomson Reuters survey had named India as the ‘most dangerous country’ for women. Some politicians, however, instantly reacted by deriding the survey, which was conducted with 550 experts on women’s safety, as the ‘perceptions’ of some persons that could not be taken seriously. 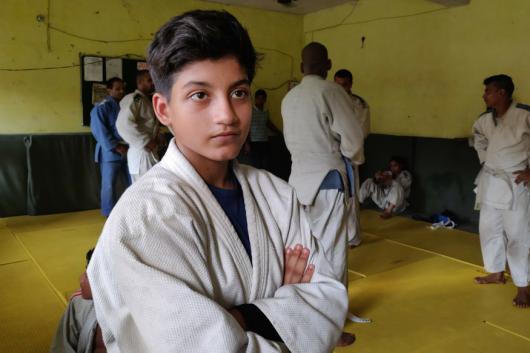 Self-defence has grown as the preferred choice for women who feel constantly threatened, be it on roads, inside their homes, at schools, colleges and workspaces.

JK Singh, who has been running Knockout self-defense club in Delhi for years, says the number of women joining had grown by over 50 percent since the 2012 Nirbhaya rape case.

“The brutality of that case shook many women out of their shells. They knew they were not safe, that authorities were failing to protect them and they had to learn how to defend themselves,” says Singh. 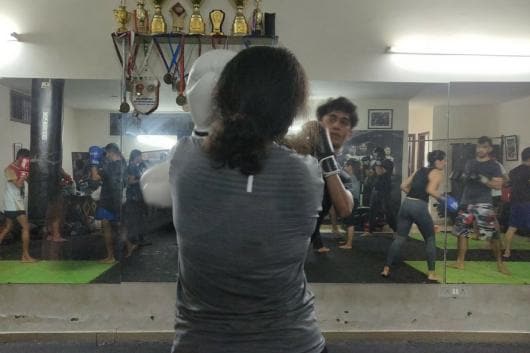 Women were not the only ones affected by the brutality. Coaches like Parvez Ali also woke up to the necessity of providing accessible and cheap martial arts training to girls and women.

“I have been teaching professional martial arts for a long time and I used to earlier train only for championships and trophies. But after the Nirbhaya case, I changed my mind. Now even if a girl comes for one class, I think ‘let’s teach her some tricks’. Maybe she can save herself from trouble. As a martial arts trainer, this is also my responsibility towards society,” he adds.

These ‘tricks’ include using handy objects like a comb, dupatta, or even spectacles to injure an attacker. Most centres, like Parvez’s, have co-ed classes where both boys and girls fight with and against each other without discrimination. And it turns out, that’s how the women prefer it.

“It gives us a real estimate of the way it will be if we get attacked. The attacker will not be friendly. He will not necessarily be smaller than I am. I need to overcome the shock and act fast. Also, tackling a boy in class gives you the confidence you need to actually do it in real life,” says college student Ribhya Singh.

Ribhya started learning martial arts in the hopes of getting fitter but says that she has received so much more from the training sessions than she had expected.

“It changes you as a person. You don’t feel afraid anymore; not just on roads but in life as well,” the 19-year-old says. Self-defence training centres in Delhi are also reporting an increase in older women who want to learn martial arts, judo and kickboxing.

Anu Talwar, 31, says she started learning kickboxing after the birth of her daughter. According to Talwar, she wanted to teach the little girl that women are not weak and that the only way to do that was to lead by example.

Nikita, a 20-year-old beautician agrees. “I do people’s make-up and need to travel around quite a bit. Everyone hears what is happening. Women are not safe. We must be prepared to give a ‘mooh-tod jawaab’ (befitting response) to attackers when in trouble,” she said.

Alex Fernandez, who organises free-of-cost self-defence training for girls and women on Mumbai's beaches, says he has now started getting offers from corporate houses to come and teach them self-defence techniques.

“Women today are very concerned about taking control of their own safety. I get called by many offices now who want me to give women sessions on how to defend themselves in case of an attack,” says Fernandez.

Interestingly, corporates are not the only ones waking up to the need for such training. Fernandez adds that schools have also started paying attention to self-defence. For instance, the Holy Child High School in Mumbai recently added self-defence and martial arts as a separate part of the academic syllabus.

Coach MA Ali from Kolkata agrees. Ali has been teaching karate to women, especially rape survivors with the objective of rebuilding their lives since 2013. 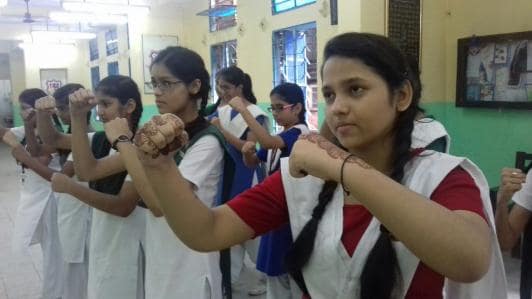 In 2017, the Delhi High Court ordered all state-controlled boards to offer self-defence training to female students.

However, trainers observed that though the number of women joining self-defence classes had increased since Nirbhaya, the bump in numbers was often sporadic and followed high-profile rape cases with a lot of candidates quitting when these reports died down.

But most women today acknowledge that self-defence is no longer an art but a necessity.

"At this day and age, the biggest mistake a woman can make is depend on the nearest male for safety," says Muskan Pawar, a kick-boxing gold medalist at 17.

(The story is part of News18 series #BeingAWoman. This edition of the series focuses on the safety of women in both private and public spaces.)