the business professional said that when her picture started to get viral, she was prepared to encounter controversies. (Credits: LinkedIn/Jessica Hanzie Leonard)

Jessica Hanzie Leonard was shocked by her boss' response to her tattoos, but in a good way.

Tattoos in workplaces are not at all a mainstream trend, instead, it is advised that one should not show off tattoos or unconventional hair colours in interviews. They are considered unsuitable for offices but now, a woman is changing this notion. Jessica Hanzie Leonard, who hails from Ohio, USA, changed her LinkedIn profile picture, but she did not estimate the kind of noise it would make. In her new profile picture, the professional was seen showing off her tattooed arms on the social media platform. Her inked arms were also put up for her company headshot. People on LinkedIn noticed the anomaly and rushed to comment on it. After her LinkedIn profile photo went viral and gathered a bunch of comments, Leonard penned down her thoughts about the same, on the platform. Leonard, who recently joined the firm, Evolution Capital Partners, as one of the Partners, incorporated the positive response as well as the negative reactions she has received. 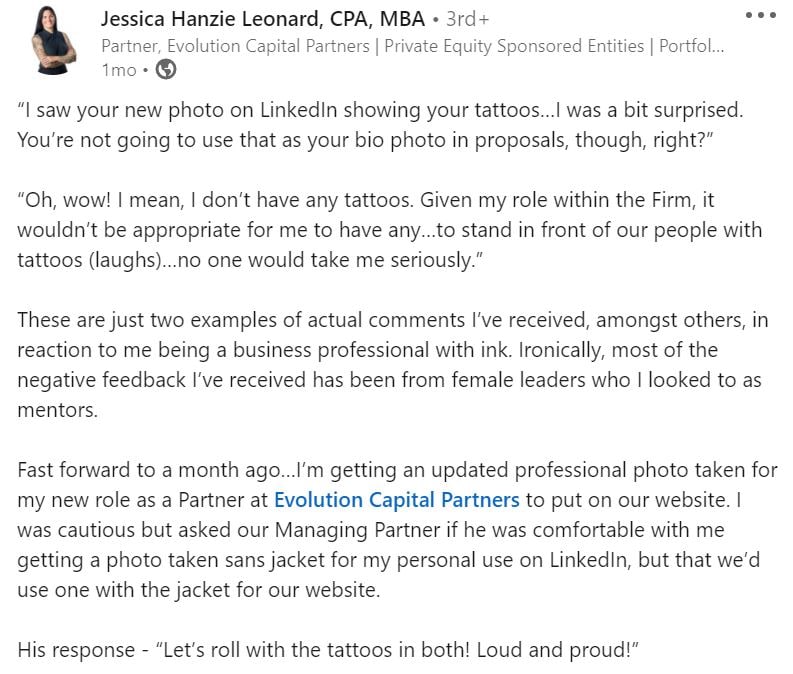 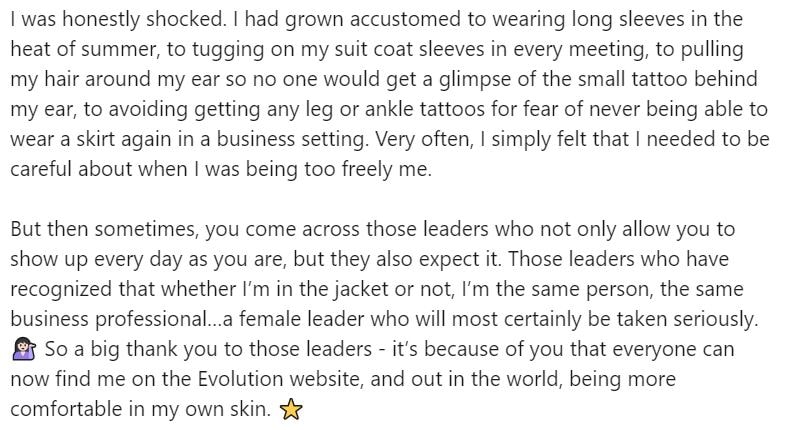 In her note, Leonard pointed out that most of the negative feedback she received was from female leaders whom she used to look up to as mentors. However, leaving aside all comments, the reaction of her boss has won the hearts of the internet users.

Leonard recalled that when they were getting a professional photo for the company's website, she asked her Managing Partner – “if he was comfortable with me getting a photo taken sans jacket for my personal use on LinkedIn, but that we would use one with the jacket for our website."

However, instead of a negative or a judgemental reply, her boss gave a green signal to use the picture, without a jacket, for both platforms. Her boss said, "Let's roll with the tattoos in both. Loud and proud."

In a chat with Good Morning America, the business professional said that when her picture started to get viral, she was prepared to encounter controversies too. Leonard has kept her tattoos hidden throughout 14 years of her professional career.