The company named 'Haati Chai' claims to be inclusive and transparent and boasts of having a diverse team.

On June 5, a young Dalit boy was beaten to death by upper caste men in his village after he tried to enter a temple. On June 7, Dalit social activist Arvind Bansod was driven to suicide following harassment in Maharashtra. On the same day, in Uttar Pradesh, a Dalit father and his son were murdered over a property dispute.

Even as Dalits in the Indian subcontinent continue to be subjected to atrocities and harassment on a daily basis on grounds of caste, a jewellery company based in Los Angeles, United States decided it was okay to sell a ring they called "Dalit Ring" for 2000 US dollars. 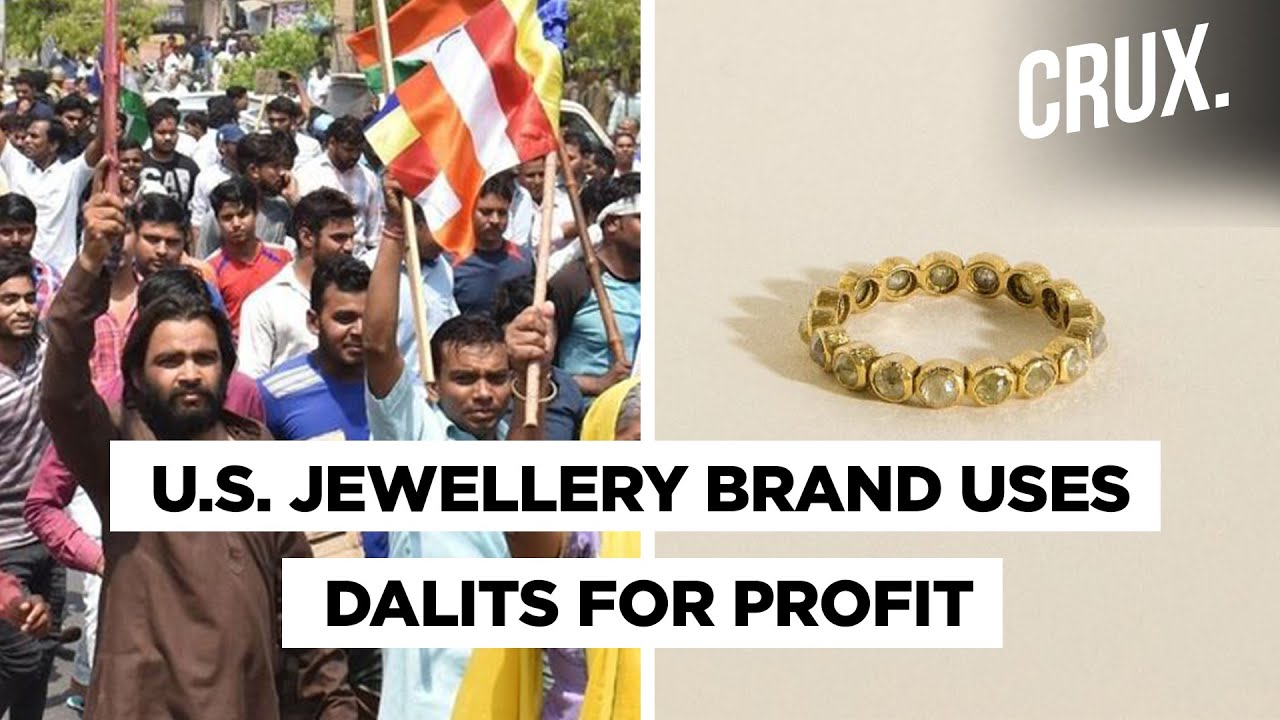 Ironically, the company named 'Haati Chai' claims to be inclusive and transparent and boasts of having a diverse team consisting of white Americans, Asian and South Asian employees. Their social media handles describe the company as makers of "luxury heirloom jewellery." In fact, the company has been quite vocal about the 'Black Lives Matter' movement which has gained momentum in the wake of George Floyd's death in the hands of Minneapolis cops.

Here's a screenshot of what the ring was initially called: What is more infuriating is the way the brand decided to romanticise the struggles of the Dalit community. "The Dalit ring has raw, unfinished stones, which many don’t find beautiful because they want “perfectly” finished diamonds. Just like the Dalit caste, the Dalit ring is very unique and extremely beautiful," the caption in the product description reads.

There are a few problems here. By essentially claiming that people look down upon Dalits, the brand is normalising (and even worse, glorifying) the casteist attitude that is pervasive in the Indian society. No, we aren't denying the fact that Dalits in India face injustice. In fact, caste-related violence is at an all-time high in the country even as we deal with a deadly pandemic. But for a brand to "draw inspiration" from it and to monetise it is what's wrong here. What is inspirational about violence against the community going up by 70% in the last decade?

The question arises, how does a brand say "Black Lives Matter" and show solidarity with anti-racism protests and simultaneously capitalise on the struggles of another minority group?

“you may live in the world as it is, but you can still work to create the world as it should be. a reminder that there is nothing to be lost by recognizing our privileges to help shed light on the disadvantages others face. there is only so much more to gain — justice, empathy, compassion, doing what’s right. please don’t ignore the injustice that’s around us, that may not personally affect us. read articles even if they are hard to swallow. reflect on who you surround yourself with and notice what they value and stand for. pick up books that talk about racism in a way that is interesting to you and easy to understand. just please take any step - no matter how small - to learn more.” RP: @jordanrisa We’ve shared a direct link to a google doc within our stories with multiple educational sources on anti-racism. Including books, videos, film, organizations & much more.

Wondering what the thought process is .How much of it is really going to go to the Dalit community ,to whom the ring is supposedly dedicated . pic.twitter.com/EukdHhRhvK — Shashank (@Shanxdimniqjwls) June 8, 2020

I couldn’t see it properly so I visited the website to check and I’m sure they must’ve seen her story by then and changed the description which said “just like dalit caste, dalit ring is unique”and added a name Uda Devi. pic.twitter.com/W2In3iXCeC

Even though u search Dalit ring they will show u same ring pic.twitter.com/XNTtLcjx3n

Many couldn't help but wonder how much of this would be going to the Dalit community or how they would benefit from it if that's what the brand's intention was. Following the outrage, the brand was quick to alter the product's name to 'Devi Ring.' The new product description pays a tribute to Uda Devi, a Dalit woman who fought valiantly against the British rule but was denied recognition on account of her caste. Uda Devi had become a symbol of Dalit resistance during the colonial era. "Uda Devi is an inspiration and an example of how we must be bold and channel our inner Devi," the caption now reads. The brand owners also issued an apology and an explanation on their Instagram page. According to them, they never intended to hurt the sentiments of the minority group. "Rather than make excuses the piece has been renamed Devi Ring to honour Uda Devi," the post reads.

The owners have also clarified as to why they have not been able to contribute to the cause. As per the Instagram post, the company has not been able to vet and verify grassroot organisations working for Dalit groups in India as the former is based in Los Angeles.