Home » News » Buzz » From Vaccines to Vitamin C, Americans are Googling What Qualifies as Disinfectant After Trump's 'Cure'
1-MIN READ

From Vaccines to Vitamin C, Americans are Googling What Qualifies as Disinfectant After Trump's 'Cure'

From Vitamin C to Vaccines, Americans were trying to figure out if they already had access to disinfectants.

US President Donald Trump on Friday at a press conference suggested the possibility of an "injection" of disinfectant into a person infected with the coronavirus as a deterrent to the disease.

Trump’s bizarre suggestion came after he learned about the effects of sunlight and household disinfectants on the novel coronavirus.

As a result of Bryan’s research, Trump wondered whether people could bring the light "inside the body,” and suggested that experts should find a way to inject light and disinfectants into human bodies to kill the virus.

"So supposing we hit the body with a tremendous — whether it's ultraviolet or just a very powerful light — and I think you said that hasn't been checked because of the testing and then I said, supposing you brought the light inside the body, which you can do either through the skin or some other way, and I think you said you're going to test that, too," Trump said, speaking to Bryan during the briefing.

"I see the disinfectant that knocks it out in a minute, one minute. And is there a way we can do something like that by injection inside or almost a cleaning? As you see, it gets in the lungs, it does a tremendous number on the lungs, so it would be interesting to check that," Trump added, even though he didn't specify the kind of disinfectant to substantiate his claim.


But what stood out among their queries was figuring out what constitutes as a disinfectant. From Vitamin C to Vaccines, Americans were trying to figure out if they already had access to disinfectants. 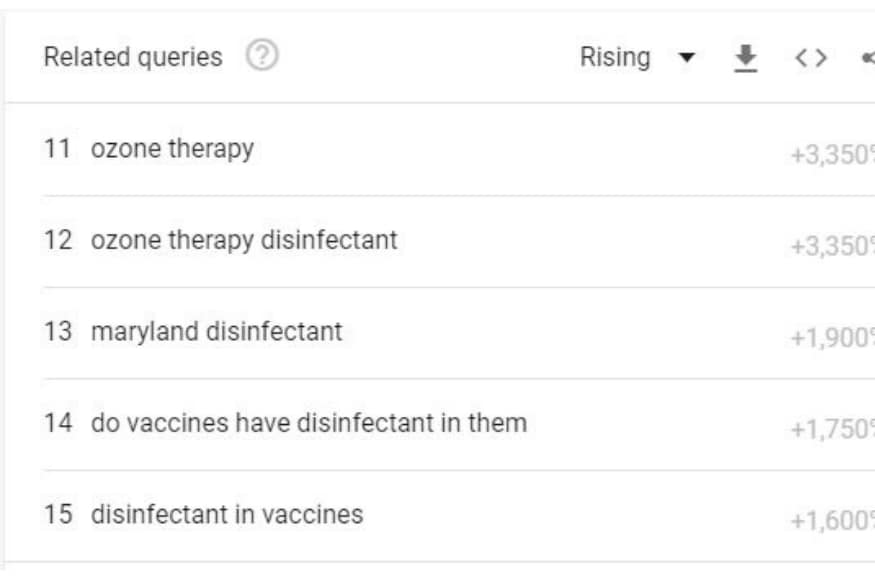