Waiting for Next Outbreak? Fish Farms Across India Found Highly Contaminated and Full of Waste

A team of researchers studied 241 fish farms across India and found high levels of lead and cadmium as well as a severe lack of regulation in terms of waste management and administration of antibiotics.

The rising scare of bird flu has acted as a boon for fish farmers in several states in India with wary consumers turning to seafood and meat alternatives to replace chicken and eggs from their diet. But is the fish you are eating safe?

An investigative study conducted across 241 fish farms across 10 Indians states has found evidence of high degrees of lead and cadmium in fish farms and other evidence of severe violations in public health and food safety standards as well as environmental animal welfare.

Tamil Nadu was found to have the worst quality of water quality in fish farms while Andhra Pradesh and West Bengal as well as Pondicherry farms exhibited high-level public health hazards. The farms in Tamil Nadu, Bihar and Orissa were found to be the most harmful to the environment.

Fish farms across states in India were found to have high levels of lead and cadmium contamination. Both these components have the capacity to bond with cells upon entering the human body and cause long-term damage. Fish raised in such conditions may themselves contain traces of the substances and may end up on plates of unsuspecting consumers, causing immense damage to some such as young children and pregnant women.

Case in point is the farmed salmon in Norway which was initially criticised (and even banned by Russia in 2006) for containing high degrees of toxic compounds. Norway in return lobbied internationally and ultimately received approval to alter the permissible levels of cadmium and lead is salmon.

Investigators of the aquaculture survey found that nearly 40 percent of the farms were practicing prophylactic use of antibiotics to prevent disease outbreaks, which posed a further threat to fish and human health.

According to Koushik Raghavan, lead investigator of the report, a majority of fish farms face the problem of nitrogen overdose leading to algal blooms in ponds. This is a result of negligible or no waste management systems employed by most intensive fish farms.

“Eutrophication cuts off the oxygen supply to the bottom of ponds, leaving millions of fish to gasp for breath underwater,” Raghavan tells News18.

Waste management is not just needed to recycle natural or intensive ecosystems but also essential for ensuring the quality of fish farmed via aquaculture.

“Unclean ponds laden with growth-enhancing hormones lead to bloated and sickly fish that are low on nutritive value and loaded with antibiotics,” Raghavan says.

Apart from the waste created by the farmed fish, the authors of the study also found evidence of human defecation in some of the fish farms surveyed across the state. “In Tamil Nadu, we even found some persons bathing in and around fish farms using soaps. We found dumps near fish farms in West Bengal and waste being dumped inside farms in Bihar”. Fish farm next to sewage dump in West Bengal

Raghavan warns that apart from the obvious animal welfare violations, the unregulated use of medicines in fish farms also poses a threat, not just to the fish but to those who consume it.

Antibiotic Microbial Resistance is a very real problem in healthcare where certain strains of resistant bacteria manage to transfer from one organism to another upon consumption. “The prophylactic use of antibiotics in fish farms can cause AMR in humans beings and is a severe public health concern.”

More and more scientists are warning against unwanted chemicals and drugs administered to livestock by the poultry, meat, dairy, and fishing industry to increase commercial productivity of farms.

In 2020, over 2,000 kg worth of fish was destroyed in Kerala as they were found to be contaminated with heavy doses of formalin – a chemical used to preserve fish longer and increase shelf life. Other states such as Delhi also reported cases of fish laced with formalin.

Nearly 100 percent of farms surveyed were found with no waste management and severe violations in slaughter protocols.

“Nearly all farms were found to dump their waste in nearby water bodies and rivers, thus sending the polluted water back into the system for human use,” Raghavan explains.

Varda Mehrotra, Executive Director of the Federation of Indian Animal Protection Organisations (FIAPO) that undertook the study in collaboration with All Creatures Great and Small (ACGS), tells News18 that unregulated fish farms in the country could be the potential breeding ground for the next public health catastrophe.

According to The Prevention of Cruelty to Animals (Slaughter House) Rules, 2001 and the Food Safety and Standards (Licensing and Registration of Food businesses) Regulation, 2011, all animals including fish need to be stunned before slaughter and that the final killing should be carried out in licensed slaughterhouses. 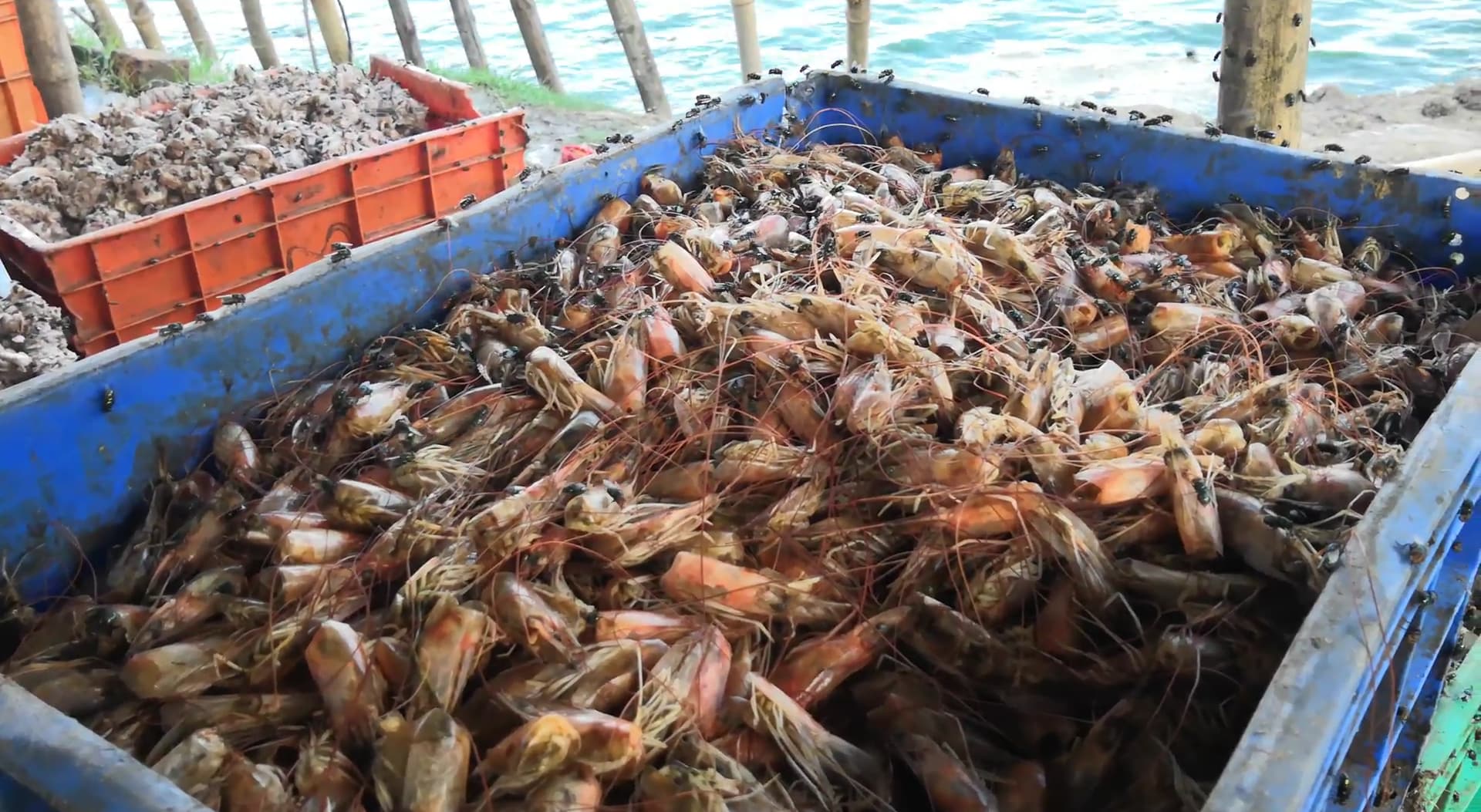 Rotten shrimp being used as feed

None of the farms surveyed by FIAPO were found to be following the protocols. This was further confirmed by the investigators who found frequent disease outbreaks at 50 percent of the farms they visited.

“We are currently in the middle of the bird flu crisis. Thousands of birds are being culled right now. We’ve had swine flu in the past. We already know that we get these zoonotic diseases and we also know why. And they all have an animal component,” Mehrotra says.

Since the Covid-19 outbreak, many experts called for reforms in the way meat, poultry, and dairy are processed. But despite hue and cry, the sector remains disorganized and unregulated.

“The lack of regulation in the intensive fish farming sector is a major cause for concern as it not only has long term ecological and potential health impact but also reveals how low the bar is for animal welfare in the country,” Mehrotra says.

With fish farms projected to undertake nearly two-thirds of India’s supply of fish, it might be time to look at what’s on your plate and how it got there. As Anjali Gopalan, managing trustee of ACGS puts it, we are on the verge of “an aquaculture disaster”, one that might even trump the bird flu or H1N1.