Image of locust swarm in Prayagraj.

Several villages, including Dharwara, Madeni Singh ka Pura, Tala, Hathsara and Lohandi have been affected by these insects.

Prayagraj (Uttar Pradesh): Prayagraj in Uttar Pradesh became the latest victim of locust attack in India. The attack began on Tuesday night and continued through Wednesday.

Swarms of locusts attacked various villages in the Koraon and Meja areas. Luckily, no major loss of the crop was reported.

The locusts started swarming the villages since Tuesday night and were moving westward. The locusts were wreaking havoc in the villages of the Karchana block on Wednesday night. Almost all the vegetable farms were emptied by the locusts. 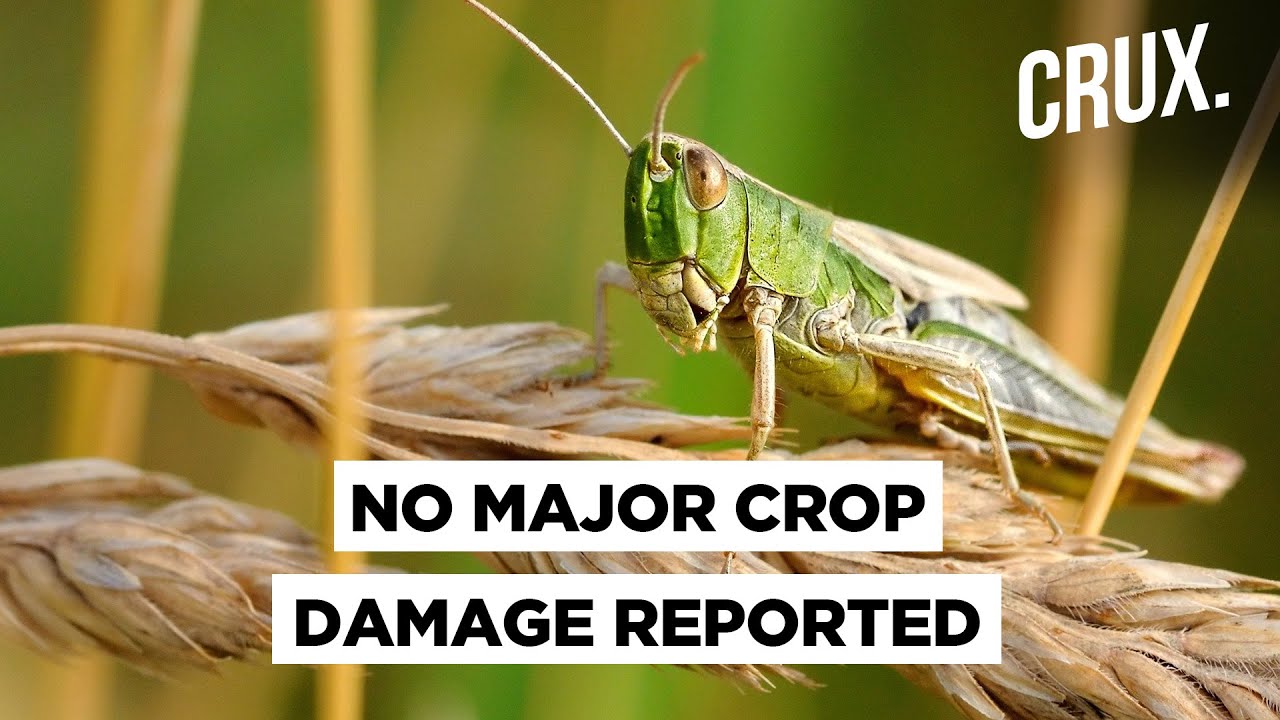 According to sources, the swarm is around three km wide and one-kilometre long.

The locusts arrived in Prayagraj from the Mirzapur district, before which they were spotted in several villages of Singrauli and Sonbhadra districts between Monday and Tuesday.

Following the attack, the district administration swung into action and chemicals were being sprayed across the fields with the help of fire tenders.

Villagers have also been creating loud sounds with utensils and drums to drive the insects away. Some have used crackers to create a noise.

@dmfatehpur sir what is our plan to get rid of this as locust already reach Prayagraj..
Vedio credit-ani pic.twitter.com/MAOf6ZYKtb


Chief Development Officer (Prayagraj) Ashish Kumar said, "District officials, village heads and block-level teams had been trained and briefed about what they had to do in case of a probable attack by locusts. As no major crops have yet been planted, no major damage has been reported barring a few patches of vegetable crops. We are keeping a watch on the situation and have a buffer stock of chemicals. All neighbouring districts have also been alerted."

Sub Divisional Magistrate (Karchana) Akansha Rana said, "We are trying our best to chase away the locusts for which fields are being sprayed with chemicals and loud music is being played in open fields."

Several villages, including Dharwara, Madeni Singh ka Pura, Tala, Hathsara and Lohandi have been affected by these insects.

Block Development Officer (BDO) of the area, Rama Shankar, said, "We pressed three fire tenders into service and have roped in additional vehicles, courtesy local residents, to spray chemicals in fields. Most of the locusts have flown away."
Tags: